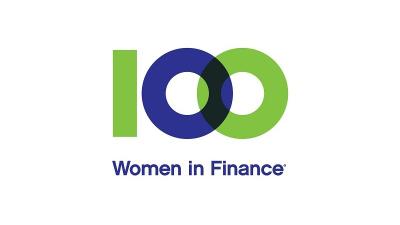 In March, 100 Women In Finance (100WF) in the UK, a finance industry organisation, announced that it had selected Founders4Schools, a charity that connects educators with a network of inspirational business leaders to improve the employment chances of young people, as its 2019 U.K. program partner. The announcement was, and is, notable because it marks the organisation’s’ first planned sustained foray into the education sector.

The two organisations have curated and developed a pilot program, due for roll-out in September 2019, called ‘Maths4Girls’, a program designed to provide girls aged 11-14 in the U.K. with opportunity and encouragement to pursue mathematics at higher levels, while pairing them with finance industry mentors and role models drawn from 100WF U.K. membership.

Founders4Schools operates a technology platform which is used by more than 600 high schools in the U.K. and has been used by other organisations to provide role-model based talks for technology and science careers. The organisation was a natural partner for 100WF’s initiative, and the technology enabled a specific program. The initiative is targeting girls in U.K. high schools in the 11-14 age bracket because of how the U.K. education system requires schoolchildren to make educational choices, as 100WF CEO Amanda Pullinger explains.

“When we decided we would partner with them, what we said is ‘we want to co-brand a new, pre-defined role-model program so that teachers in schools can ask for it specifically’”, she said. “Part of the reason why there aren’t enough girls doing A-level maths is because, in the U.K., schoolchildren make decisions to specialise much earlier than in most other countries in the world. Girls are not doing maths A-level because they are picking other subjects over maths”.

A-levels is the educational qualification in the U.K. which is a prerequisite for being admitted to and therefore studying at university towards an undergraduate degree. On August 21st, U.K. based think tank the Higher Education Policy Institute published data showing that, in 2019, mathematics was studied by only 8.1% of female A-level students, compared to 15.6% for boys. A March 2015 study produced by London Economics for the U.K Government’s Department for Education showed that studying two STEM (Science, Technology, Engineering, Mathematics) A-level subjects can increase the lifetime earnings of a female student by a third, and studying one STEM A-level produces an increase of 29%. Whilst 100WF’s mission is to promote women’s success and participation in the finance industry generally, Pullinger believes that mathematics is a key building block towards a successful career in the industry.

“We want to encourage girls to look at finance broadly, and there is a need to have confidence in terms of maths. You don’t have to be a superstar but having confidence with numbers is critical if we’re going to get more women into the investment side of the industry”, she said.

Maths4Girls rolls out in September – teachers in schools will be receiving marketing materials from Founders4Schools to encourage them to sign up their classroom for these role model-based sessions. 100WF members can sign up via the platform, and the schoolteachers contact the volunteers to arrange the session. Initially, 100WF is asking for a commitment from its members of two school visits per school year.

“I feel like we need to set some kind of minimum and we think that’s doable for most people” says Pullinger.

The organisation will tie the pilot program – which currently has more than 100 volunteers from 100WF’s membership - into its flagship fundraising gala in February 2020, which in 2019 was attended by the Duchess of Cambridge, in her role as patron of 100WF’s philanthropic activities. The plan is part of the larger initiative to get other organisations involved in Maths4Girls.

“At the gala we want to speak to some of our experiences from the pilot program and we want some of the teenage girls talking about what they got out of the sessions so that they can inspire others in the room”, says Pullinger. “It really is something that can scale up and companies can use it very well in terms of corporate engagement or employee engagement.”

Realising success for the initiative will take years, and 100WF doesn’t have hard targets for the inaugural year of the program. Rather, the 2019-20 school year will provide data with regards to what worked well and what can be improved for a more formal roll-out of the program in September 2020. The bottom line for Pullinger, of course, is that there is a maths-based solution to the existing maths-based problem.