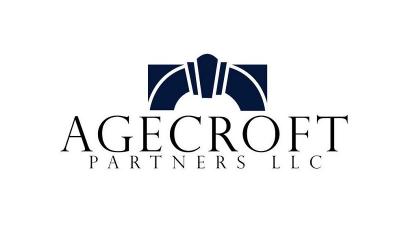 In its place is a new, 2-week long virtual event called ‘Gaining The Edge – Global Virtual Cap Intro 2020’. The event, which is online-only, aims to connect hedge fund managers and hedge fund allocators, with a target of raising $1million for charity over time.

Agecroft has been donating the profits from the in-person events since they began seven years ago, originally as the Hedgeopolis event in partnership with the Hedge Fund Association, and now as the Gaining the Edge series. Agecroft Founder Don Steinbrugge has long been active in philanthropy.

“I was a founding principle for the second largest hedge fund in the world and retired for a few years to focus full time on philanthropic work before starting Agecroft back in 2007– it’s something that’s always been important. Since we launched our events, we’ve donated more than $2million to charity.”

Hedge fund managers who register for the virtual cap intro event can either pay an entry fee – which currently stands at $2,975 – and in return they will get up to 15 meetings with hedge fund investors or they can donate $7,500 to a charity of their choice that benefits at-risk youth (subject to review and approval by Agecroft) and gain entry that way. Agecroft has selected four charities, including Help for Children (HFC/Hedge Funds Care) to be the primary beneficiaries of the event.

“We’ve giving hedge funds the opportunity to donate to any charity they want to as long as it benefits at-risk youth. We want to cast as wide a net geographically and by organization type as possible to help charities that benefits at-risk youth and will reward the hedge fund manager for their charitable giving by allowing them to attend the event complementary and meet with potential investors,” said Steinbrugge.

Gaining The Edge Virtual Cap Intro 2020 will feature panel sessions as well as the one-to-one meetings, and the meetings will largely be arranged according to the investor’s availability, meaning late nights or early mornings for the European or Asia-based managers who want to meet with a North American-based investor. The meeting scheduler is open 24 hours a day from October 5th to 16th.

Steinbrugge says that web/video meetings will become a permanent feature of the asset raising process for hedge funds; at least, in the early stages of investors due diligence, representing a sea change from pre-Covid 19 activities.

“A year ago, it was difficult to schedule a call with an investor and almost impossible to arrange a video call. When everyone goes back to work when the current situation subsides – whenever that is – I think video conferencing is here to stay. It’s not as good as face to face but in a typical scenario, it might take five meetings to get an allocation. The first one or two might now be video calls in order to be more efficient with time and traveling expense, before the final three moves to in-person meeting.”

Agecroft will still hold the Gaining The Edge conference in-person when it’s possible to do that and, depending on the success of the upcoming Virtual Cap Intro event, will look to run the digital event again. Regardless of the format, charities representing at-risk youth will still be in line to benefit from the profits.

“The charities we look to support are ones where the child needs help in order to prosper and grow up to become a contributing member of society,” said Steinbrugge. “As I said, we think the virtual event format is here to stay, and in the cap-intro industry, there is room for another player. Whilst we can’t do the in-person event right now, we can do the virtual event, and we’re happy to be able to support these organisations who are doing such great work with disadvantaged children.”