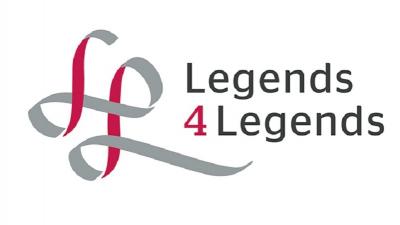 Alternatives For Children Expanding To Give Back

Netherlands-based Alternatives4Children (A4C) got its start in the ashes of the global financial crisis. Then at ABN AMRO, A4C Co-Founder Marc de Kloe and others in his network wanted to figure out a way to raise money for charity.

“We realised we had a unique opportunity to bring together the Netherlands alternative investment community and use our collective experience and expertise to create real positive change for disadvantaged children around the world", he said.

A summer barbecue in 2010 became the inaugural A4C fundraising event, and the organisation was born. The formal legal structure followed in 2011.

A4C helps to raise funds for projects involved in improving the living standards of children globally. These projects are typically education, healthcare, clean water and housing. A4C focuses on projects which are sustainable, feature strong local community involvement, lead to self-sufficiency for those communities, are fully transparent, and are small-scale to ensure maximum added value. Its main fundraising event is the ‘Legends4Legends’ conference in Amsterdam. Now in its third year, the event connects managers and investors to raise money for the charity. De Kloe explains how the event came into being.

“Before we hosted our inaugural Legends4Legends event, the fundraising model at A4C - the gala dinners, the cocktail events – had become more difficult to do; the donors wanted to see more bang for their buck. I had been involved in organising events at ABN AMRO and had spoken at many others and knew the value of managers meeting investors. On a very rainy August day, I was biking through Amsterdam and was completely soaked. The sudden downpour had left me inspired! I walked into the office I shared with Theta [Capital, Amsterdam-based hedge fund specialist] and I had the ‘4’ in ‘Alternatives4Children’ in my mind, and how I wanted to get some of their legendary managers involved. I went to speak to Ruud [Smets, Theta Capital Managing Partner] to ask if this was something we could organise together, and it really is as simple as that.”

Each year, the content is centred around a theme – in 2017, the credit markets were a strong focus due to concerns they might be turning given the newly rising interest rate environment. In 2018, the event themes will include the sell-off in emerging markets and blockchain. “We want to avoid the crypto-mania and the noise in the space and really get into what the real opportunities are for investors and to get them to understand how it will impact investing, finance and beyond” says de Kloe.

Some of the legendary managers speaking at the event this year include Sir Michael Hintze of CQS Capital, Dan Morehead of Pantera Capital and Mark Mobius of Mobius Capital Partners.

After the Legends4Legends event, A4C will turn its attention swiftly to the launch of a London chapter. It aims to host a networking drinks event before the end of 2018, and then form a legal structure and retain a local management and advisory committee to execute a plan to host three to four events in London in 2019.

The projects A4C funds have a total budget of between EUR50,000 and EUR1million; A4C funds between 10-90% of the budget each year, and it supports for an initial three years. It approaches its allocations with the mindset of an investor.

“We treat the project as if they were venture investments or hedge fund start-ups. We agree on an impact measurement framework, as well as the monitoring requirements of the project, which they need to deliver to us in order to receive continued funding. We also work with the projects in terms of consulting but also to help them identify additional sources of capital or funding. For example, we’ve seen investors, who might not have contributed funding on a standalone basis, come into a project because of our involvement, and the structural upgrades and reporting requirements we bring in to the project” says de Kloe.

An example of a ‘win’ for de Kloe and the A4C team was a project which provided IT training and skills to children in a school in an economically disadvantaged neighbourhood of Amsterdam. A4C funded a program for ten children who, over the course of two school terms, learned new IT skills as well as career advice and guidance, which they otherwise would not have received.

“At the graduation ceremony, which was held at a large IT company, two of the kids raised their hand and asked, ‘what do I have to do to get a job here?’. That gave me complete conviction in what we were doing.  They had been given a vision on what a future could look like for them.” he enthused.

A4C supports the disadvantaged around the world, not just in the Netherlands. In India, A4C supported a young girl named Rohini, whose family encountered financial problems when her father passed away. Her mother became mentally ill shortly thereafter, and Rohini had to support herself, and two sisters and brothers. A4C helped Rohini pay for her studies whilst she supported her family through a part-time teaching job.

“We learned of Rohini’s plight via Tiny Miracles”, said de Kloe. A4C has given Rohini the opportunity to complete her studies, and she’s been able to pursue her dream and now works at HDFC Bank.”

In the next twelve months, A4C plans to have its London chapter fully operational and to have begun to tap into the corporate donations market.

“We of course want to do more events but tapping into the corporate donations market will enable A4C’s funding to be more diversified and therefore increase the stability. There is a gap in that space – we spend a lot of time and effort on the reporting on the projects we manage, and that matches up with the CSR needs of the corporates as well.”

In five years, de Kloe has ambitions to have 3 international chapters fully operational, with local management teams, and an endowment style source of funding for the projects. In the short term, for de Kloe, it’s all systems go for Legends4Legends.

“We’ve got a fantastic line-up of speakers, and a world-class agenda”, says de Kloe. “This year’s Legends for Legends’ conference promises to be our best yet.”

Legends 4 Legends 2018 will be held on Thursday, October 18th at the EYE Filmmuseum in Amsterdam. Click here to purchase tickets.