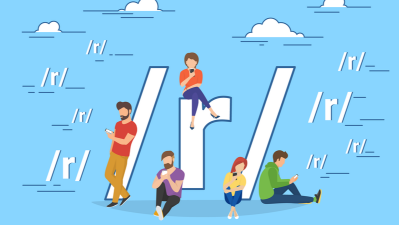 Are Reddit Forums Going To Become The Bane Of Hedge Funds?

Hedge funds are starting to find out that the little guy, when he turns up in enough numbers, can actually become a force to be reckoned with. The now obviously powerful r/wallstreetbets Reddit group, armed with 2.1m users, many of them options traders, has been wreaking havoc this week for hedge funds and options brokers alike.

The traders first made themselves felt when they started buying call options on U.S. retailer GameStop last week, driving the share price up spectacularly, and forcing both brokers and hedge funds to buy stock to cover their shorts. Despite having been one of the most heavily shorted stocks on Wall Street going into January, GameStop has seen spectacular upward gyrations in its stock price.

This mob – you could call it a mob – of private options traders has now woken up to its power. We have seen it initiate similar short squeezes on Blackberry and drive heavy trading activity in Beyond Meat and Nokia stock in recent days. At time of writing there is what one analyst called “interesting activity” around stock in Pearson and Cineworld, both heavily shorted UK names.

There are a number of phenomena at work here. We now have much more transparency in both the US and European markets over which stocks have the highest levels of short interest due to compulsory regulatory disclosures. It is therefore obvious to everyone when a hedge fund is building a substantial short interest in a stock.

Since the start of the pandemic, many, many more individuals have opened options trading accounts. This began in March, when a global lockdown combined with spectacular gyrations in markets, encouraged many individuals to start trading for the first time. Many are in their 20s and 30s with high levels of risk tolerance. They are tech savvy and have instinctively turned to online message boards for information on what is going on the market.

I think there should also be a nod here to online gaming culture. Ten years ago, many of these traders were playing online multi-player games that encouraged coordination in order to effect raids on rival parties. Such raids were organised on forums like Reddit. It is now only natural that these private traders can affect a similar level of coordination when they encourage a short squeeze.

They are now savvy enough to be able to see where short sellers might be exposed. Many are now using options trading rather than conventional stock trading, as the leverage provides them with more ability to pressure the brokers to hedge these positions, thereby contributing to massive shifts in the market for specific stocks.

Other types of leveraged trading – e.g., CFDs – are not as effective here due to their OTC nature; retail options, which have become cheaper and more accessible as brokers have sought to access a wider retail market, are the tool of choice for the baby-faced assassins.

From a risk management perspective, it does throw up an interesting conundrum for hedge funds. I have been tracking short interest positions in leading stocks for over three years, and there is evidence of coordinated group think among leading hedge funds when it comes to building their short positions. Exactly why this occurs is the topic for another article, but the key here is that this activity is quite transparent. Hedge funds are waking up to it this week and there has been signs of some of them covering shorts in perceived target stocks of the ‘mob’ this week, including AMC Entertainment and BlackBerry.

We have seen retail capital expressing itself in the market before; while writing at FT group many years ago I remember the famous retail Japanese carry trade on the NZD/JPY. More recently, fund managers in China have complained to me about how hot retail money can distort stock prices on the Shanghai market. We see that now in the recent trading in Nokia, where an original target price revision by SEB has been exceeded by a rush of smaller traders piling into the stock. Now SEB’s original valuation price has been left behind.

This is a phenomenon that is not going away. I don’t see private traders becoming less active – 2020 has already opened their eyes to the possibilities of options trading. One hedge fund manager I discussed the issue with this week wondered whether this was a job for financial regulators – could they not apply pressure on the options brokers or go after individuals for market manipulation on forums, he asked? Another told me “this is a job for the SEC.”

Staying on top of terrorists and extremist activity online is a tough enough job for the U.S. National Security Agency; to task this to under-resourced regulators and busy options brokers sounds like lip service – the results would be minimal. Hedge funds, at least in the short term, will just have to tread more carefully once short positions become large enough to require disclosure.

Stuart Fieldhouse is a Director at Hawksmoor Partners