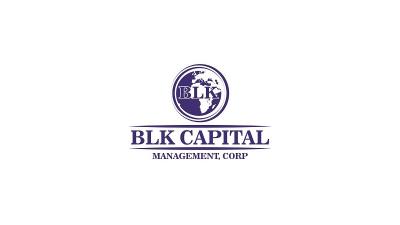 The lack of women in senior investment roles in the asset management community gets significant media attention and, in 100 Women in Finance, has its own networking group to foster and promote gender diversity in senior roles at asset management firms. The African American community is similarly underrepresented, but largely has no networking group which can help raise awareness of its mission, which led Harvard student Angel Onuoha to found and launch BLK Capital Management Corp, a U.S. based non-profit which provides finance-related education to minority undergraduate students across the United States.

BLK Capital Management Corp was launched in 2017 with support from Bank of America, which provided a donation to help set up the organisation; that donation in part helped fund some of the start-up costs to provide the online training. The organisation has a steering committee of ten, led by Onuoha. He founded the organisation, in part, because he felt underrepresented in a finance society he joined at Harvard.

“When I came onto campus, I joined finance clubs and I was surprised that there were no other people of colour in the programs and a little dismayed that black students therefore didn’t have access to that knowledge”, he said.

Onuoha set about asking friends why they didn’t join the society, and the responses included discomfort at feeling behind due to other students having real-world experience of internships. Onuoha realised that other students at other universities might feel the same way and founded BLK Capital Management Corp as a 501c3 non-profit.

The initiative has two areas of focus; online courses and identifying investment opportunities for the organisation’s investment fund.

The online courses – which are independent of Harvard or any other university – are delivered via web conferencing software and consist of modules including accounting, security selection and valuation techniques. There are 175 students from 70 universities in the U.S. currently participating in the program. Most students do between 5 and 10 hours of study per week – in their own time, outside of their regular degree studies – and take a test consisting of a range of questions related to the topics of study. The students receive a grade for the test from the BLK committee.

Twice a month, the committee will receive pitches from the students, just like the investment committee at an asset management firm would. The pitches are designed to show the committee how well they have understood the subject matter; any successful pitches would result in an allocation from the BLK investment fund.

“As part of the weekly work we ask students to undertake, we have a timeline of how often students should be doing research on companies”, says Onuoha. “Students compile a pitch – either on their own, or as part of a team – each semester. It provides the students a tangible way to put into practice what they have learned and show their understanding of that.”

Last weekend, BLK hosted an event – its hosts one each semester – at Bank of American Merrill Lynch and Morgan Stanley’s offices in New York City where 20 students pitched the committee, which this time featured representatives from these firms, an idea for a stock investment. The winning pitch was MSG, and BLK will now take a position in MSG from a $100,000 investment fund which has been donated to it by its corporate partners. Any returns generated by the fund will simply stay in the pot.

Onuoha’s plans for the organisation are to double the membership as soon as possible, but there isn’t a hard deadline. He and his fellow committee members receive and screen applicants at the beginning of each school year, but not everyone makes the cut. Each member must go through a three-round, case-study interview process that highlights their passion for knowledge and ability to display leadership capabilities.

“Every year we get around 350 applications and accept between 80-100 of them” says Onuoha. “But in order to get accepted, it’s important to demonstrate an interest in finance and the willingness to learn about financial issues as well as having a good resume”.

The organisation also helps its members secure internships at asset management firms. BLK’s roster of supporters is a who’s who of asset management – Advent International, AQR, BAML, BlackRock, Blackstone, D.E Shaw, Bridgewater, Goldman Sachs, J.P. Morgan, Point 72 Asset Management – and many more. Several of BLK’s membership have gone on to secure internships and graduate positions at these firms. Onuoha, however, is keen to emphasise that the desire to enter the world of finance isn’t mandatory.

“Our mission is education, first and foremost”, he said. “We want to encourage the African American community to learn more about finance. For us, it’s about broadening access to the industry; what we do is provide valuable skills for our members to help them determine for themselves whether they want to pursue a career in finance and the many different options available to them – whether that’s a hedge fund, a bank, a mutual fund, it doesn’t matter – if they do. And if they do, we’re here to help.”