Recently, Scotiabank published its monthly update to its Alternative Mutual Fund Index, which prompted me to take a look at some data on our Canadian friends north of the border. September’s returns for its AMF index (Equal Weighted version) came in at -0.14%, offsetting similar but positives gains in August. The broker also publishes a 'regular' hedge fund index, which in August - the most recent month for which performance data is available - returned -0.22%, but still with an excellent YTD return of +5.76% (also the Equal Weighted version of the index). Perhaps unsurprisingly, however, both indexes are underperforming the S&P TSX Composite, which is up +16.31% through the end of September. 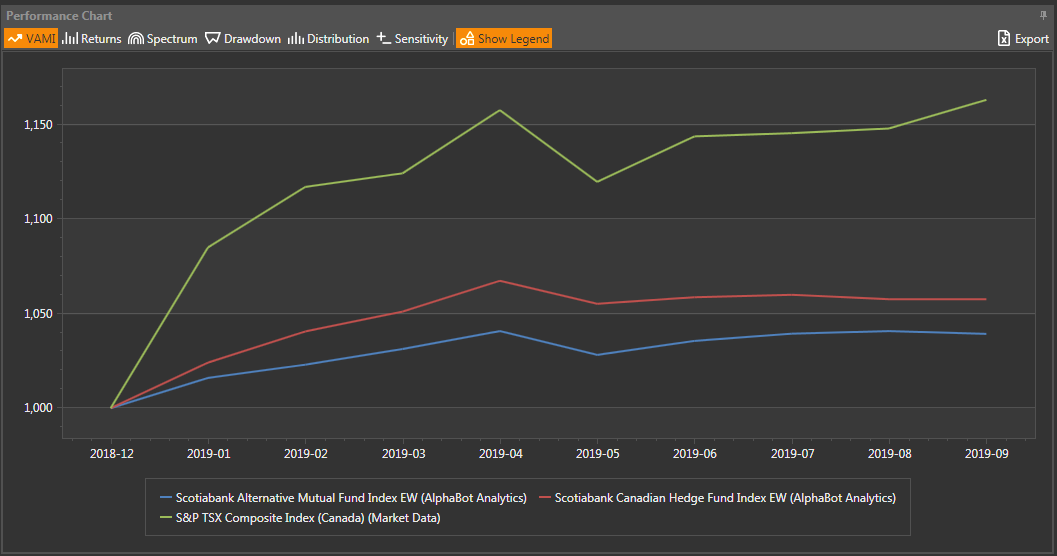 For an apples to apples comparison I’ll set the date range to January - August and, to compensate for considerable difference in volatilities between the S&P and the Scotiabank indices, we will also look at the risk-adjusted performance with target volatility set to that of the S&P TSX Composite, i.e. 11.7%. In practice, investors can achieve such an effect by using leverage or margin trading. 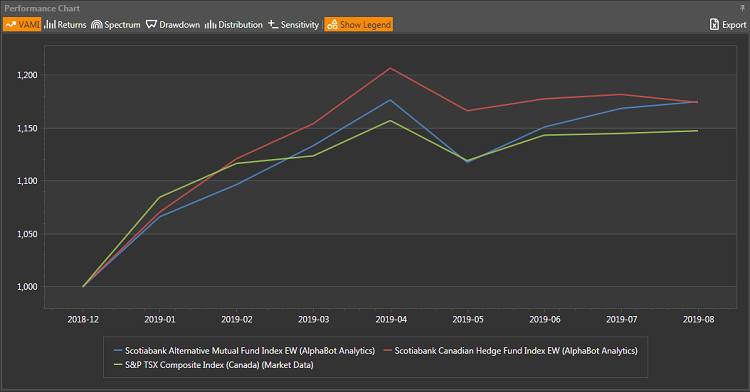 The good news for alternative strategy managers is that we can see the Scotiabank indices are looking quite competitive compared to the TSX, and that the indices have a better Sharpe ratio than the TSX Composite at 2.14 vs 2.13 vs 1.83. By the way, the Sharpe ratio is unaffected by the vol adjustment, and this is what makes the risk-adjusted comparison quite useful. 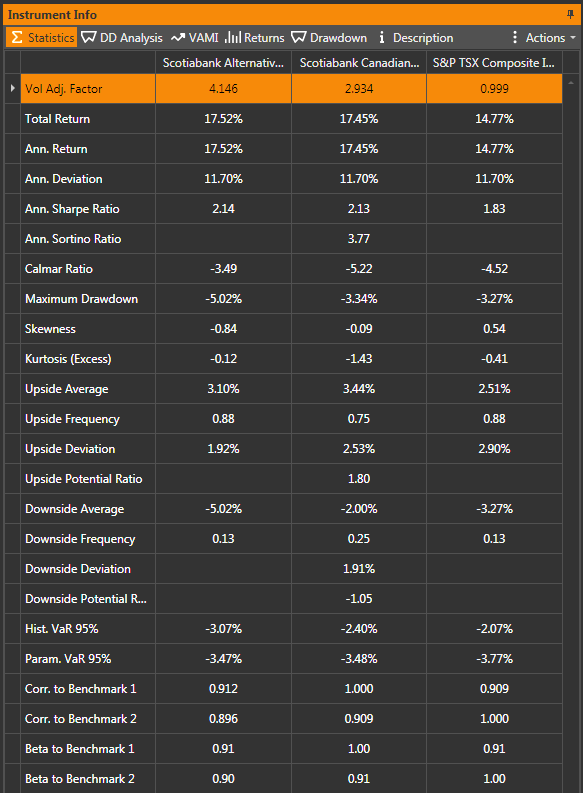 While a high correlation of the Scotiabank indices to the TSX does not make either of them a very good hedge against the TSX, there is still some diversification between the two making it possible to improve the Sharpe ratio even further by mixing them 50/50. 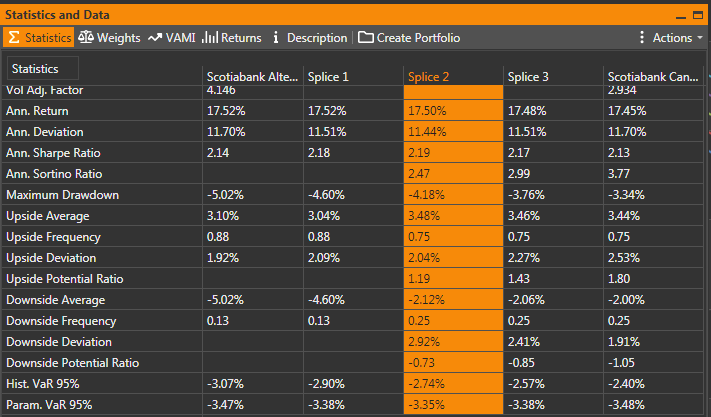 So there you have it - exposure to Canadian alternatives with a 2.19 Sharpe. If the main hedge fund index was investable, of course...have a good week!