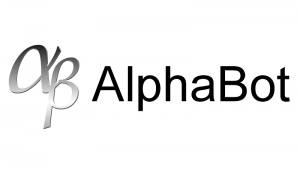 Just as many countries around the world are trying to reopen their economies - and give a return to something resembling normalcy to their citizens - a potential second wave of lockdowns is rearing its ugly head. Luckily, the WHO just announced they do NOT recommend lockdowns as the primary preventative measure to minimise the spread of Covid-19, but regardless of whether Covid-19 containment measures become tougher or looser, many are now looking beyond this most challenging of years to see what 2021 might bring.

Consistent with that perspective, this week we are taking a look at a few international equity market indices and their performance through 2020, hoping to catch some indications of what the next year might have in store for us. One clear pattern that emerges is, of course, the overall similarity of the return profile due to the impact of pandemic and economic crash in March, shadowing other, more subtle differences.

Looking beyond this commonality, we see that there are considerable differences in some key measures, such as drawdown and overall returns, through early October. For example, the maximum drawdown reached in the second half of March is very similar across the board - around 30-something percent - but the recoveries are quite different. Out of 8 indices, only 3 have posted positive returns so far this year.

Among the indices considered, the S&P 500 is the leader with a total return close to 10% in 2020, and the laggard of the group we are reviewing is the EURO STOXX 50 with declines of -13% (it’s priced in EUR, so there is the currency factor as well). The perceived difference to local investors is thus more than 20% in aggregate through 2020 so far; quite considerable, despite some very high correlations between all the equity indices.

Interestingly enough, the Nikkei index appears to be the least correlated to the rest, on average, and it is also almost perfectly in the middle of the pack of return numbers at -0.16% for the year.

So what do these numbers tell us that can help infer something about 2021, which arrives in about two and a half months? One thing that I see is the effect of the US monetary stimulus package. It has steadily been lifting stocks for the prior decade, and it appears to do the same again now in an attempt to compensate for the economic impact of the pandemic. And, while there is uncertainty regarding the US Presidential Elections in less than a month, I believe we can assume that the winning party will follow up their victory with yet more stimulus. Whilst there might be some variation in the details, overall, that stimulus should continue having a positive impact on the US stock market. And a lack of such stimulus for other countries or regions so far has been detrimental to their stock market’s performance.

Provided that there is no additional shock to the already stretched global political and economic system - such as a major military conflict - we think that stock market returns will continue to be determined by the amount of stimulus provided by their respective governments, and later in the year there will be time to start worrying about the other effects of such intervention, like hyperinflation, if real economic activity does not pick up as a result of monetary stimulus.