The Rugby World Cup began this past weekend in Japan with the host nation defeating Russia in the opening match. Twenty teams contest the world’s third largest sporting event; I’m sure that many of AlphaWeek’s readers will be paying close attention to the action during the next 6 weeks.

With this in mind, this week I’m taking a look at how some Japanese hedge funds (the ones based there, not the ones based elsewhere that trade Japan) are doing in 2019. I’ve created a portfolio using the Japanese hedge funds that report their data to BarclayHedge (I can’t tell you which ones, unfortunately) and, given the fact that these funds do heavily trade the constituents of the Topix, used that as a benchmark.

What immediately stands out is that the Japanese Hedge Funds portfolio (JHFP) - the blue line - is beating the Topix (the green line) in 2019. As you can see, the JHFP jumped ahead of the Topix at some point in July. 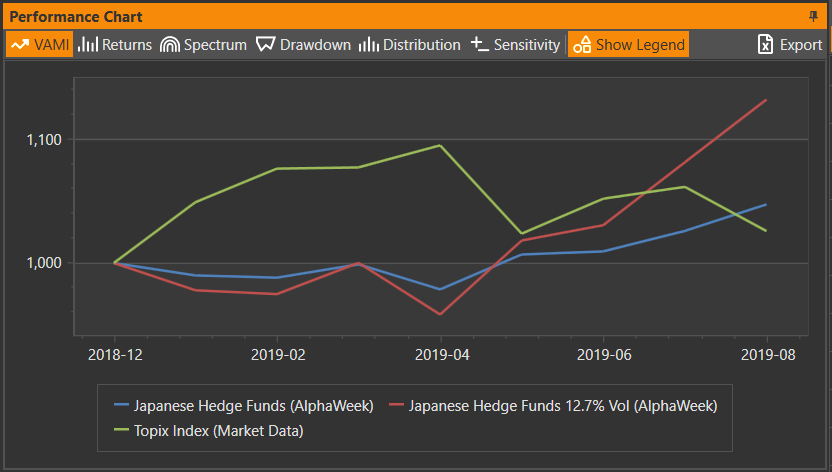 The portfolio’s performance is the opposite - a correlation of -0.758 - of that of the Topix, which has been in a drawdown since April, whereas the BarclayHedge Japan portfolio has risen every month since then. I’ve also created a version of the portfolio which matches the volatility of the Japanese hedge funds portfolio with that of the Topix (12.7%) - the red line. The diversifying effect of the JHFP becomes even more clear, delivering an almost perfect hedge to the Topix Index drawdown since April. 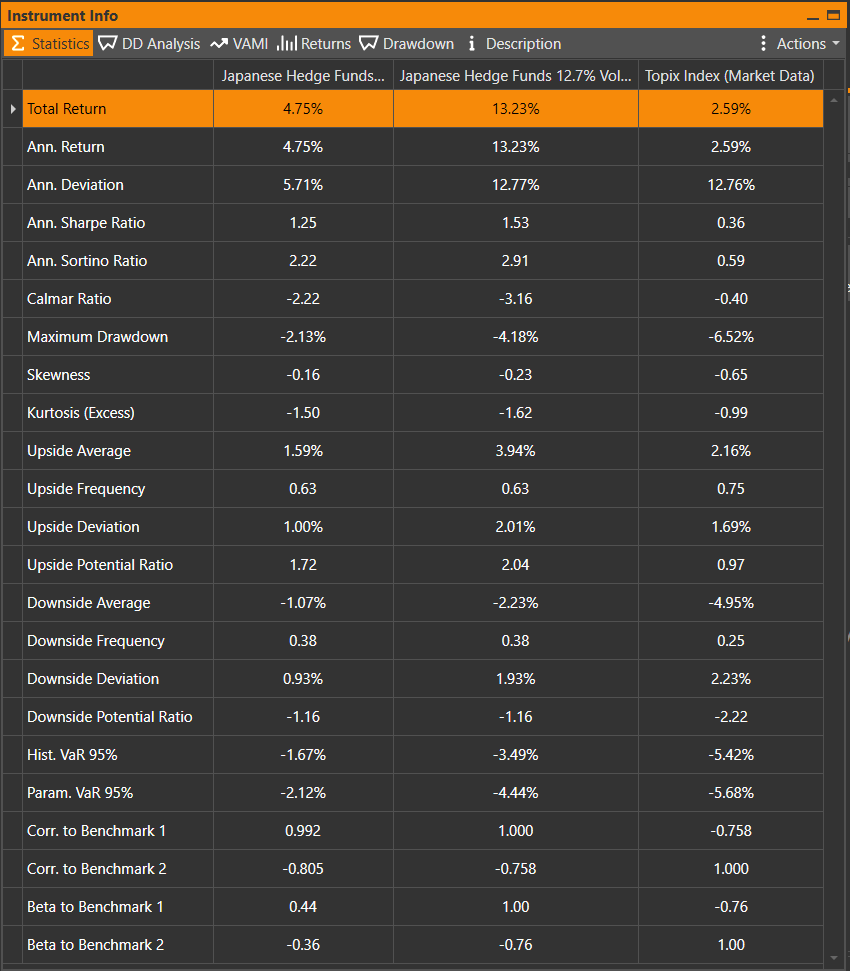 Some analysts see the Topix recovering in the event of a trade deal between the U.S and China, and if so, it’ll be interesting to see if the Japanese hedge funds continue to outperform the Topix as a benchmark. In the meantime, enjoy the Rugby World Cup!