The BNY Mellon U.S. Master Trust Universe - which offers peer comparisons of investment performance by asset owner plan type and size - returned a median +10.68% in the second quarter of 2020. This rebound almost entirely reverses the -10.9% loss suffered by plans in the first quarter.

“U.S. equity was the highest performing asset class in the second quarter of 2020 while hedge fund performance lagged. Endowment asset allocations were underweight U.S. equity by 9% and overweight hedge funds by 12% versus other plan types, according to BNY Mellon’s Asset Strategy View. These differences led to endowments being the lowest performing plan type for the quarter,” said Frances Barney, CFA, Head of Global Risk Solutions at BNY Mellon.

Less than 2% of plans posted negative results during the quarter. 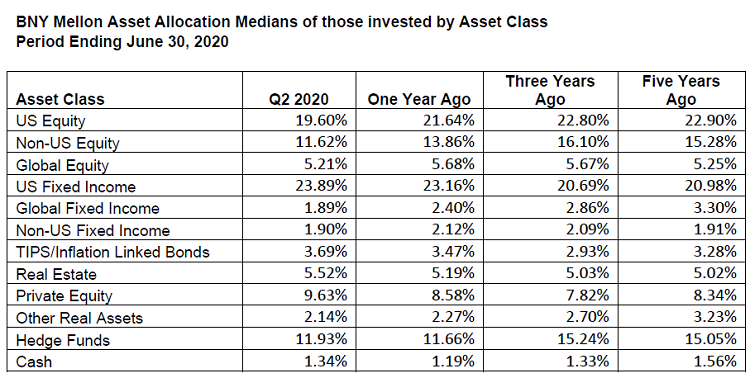