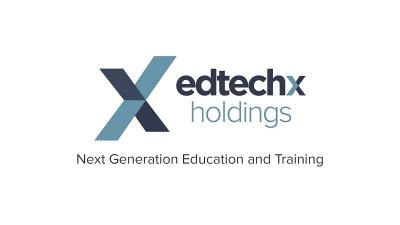 China’s “Supercities” - The New Factories Of The Knowledge Economy

China’s supercities of tomorrow will be vast urban metropolises with green energy sources, smart traffic control and high-speed electric commuter trains. It sounds like science fiction, but it is rapidly become science fact.

China has experienced unprecedented economic growth and urbanization with an urban population set to reach one billion people in 2030 according to the McKinsey Institute, having doubled from  520 million in 2005. Meanwhile Morgan Stanley predicts that China will reach high-income status as annual per capita income will almost double from $9,450 today to $17,800 by 2030.

The consequence of this enormous growth in urban population and in individual wealth will be new “supercities”. Oxford Economics predicts that 7 of the 10 world richest cities by 2030 will be Chinese - Shanghai, Beijing, Tianjin, Guangzhou, Chongqing, Shenzhen and Suzhou – and that their collective GDP will be equivalent to Germany.

This new digital era will also transform education in China. The growing urban middle class’s aspiration for their own careers and their children’s academic success is unleashing huge consumer spend and investment opportunities for the education and lifelong learning markets in China. Education has become the ultimate urban consumer good with demand for world class education, tutoring, English language training, job-oriented upskilling, growing at double digit growth rate and much faster than anywhere in the world.

The ever-growing, affluent and urban, middle class’s aspiration for their children to succeed unleashes huge investment opportunities for the education industry in China. In fact, a Citi report entitled “Education: Power To The People – Exploring Opportunities for Private Capital in Education”, which was published in November 2019, identified seven attractive segments for investment, with education at the epicentre. Education Technology (EdTech), English Language Learning in China, Private K-12 Schools in Emerging Markets, Supplemental Services in Emerging Markets, Higher Education Infrastructure in China, University Services and Professional Training were all explored and presented as good and credible opportunities for future investment.

According to Citi, with a penetration of only 2.1% in China set to double in the next ten years, English language learning is one of the most attractive and promising sectors in China’s private education market. Frost & Sullivan estimates the China ELT market will reach Rmb172 billion ($24bn) in 2019. It is expected to grow to Rmb306 billion ($43bn) in 2022, representing 21% CAGR, mainly driven by growing expenditure on education, increasing awareness of the importance of English, and technology development English learning products and services are becoming a lifestyle consumer good for the Chinese rising urban middle class. On the equivalent of the Chinese Black Friday, Likeshuo, an online ELT tutoring service owned by one of the ELT Chinese market leader player Meten Education has grossed $1.2M of revenues in just 24 hours.

Whilst international investment is already being funnelled into the Chinese EdTech market, there is a huge demand for more. Research from Metaari in early 2019 shows that Chinese EdTech companies were the majority recipients of global EdTech investments in 2018, snapping up 44.1% of the total $16.34 billion. This was the first year that the US did not dominate the market, taking just 32% of all global funding. Of the 12 companies that raised over $200 million, 11 of them were based in China. As of July 2018, among the world’s 10 largest EdTech unicorns, seven of them were founded in China.

Investors are now clearly attracted to the next generational learning technologies where they can focus long term pools of capital. With Morgan Stanley estimates for 2030 showing that the EdTech industry will be one of the major players in the mass urbanization and rise of Chinese Supercities, investors are capitalizing on this. The likes of TAL (NYSE:TAL), New Oriental Education and Technology (EDU) are already the subject of several Western wealth funds and pension funds, Chinese EdTech companies are an increasingly attractive long term investment. Both TAL and New Oriental are listed on the NYSE with market capitalisation that have grown to $25 bn and $20 bn, respectively, representing a 10X and 6X increase in just 5 years.

The investment implications of urbanization and the rise of Chinese supercities are huge. These new factories of the Knowledge Economy are compelling opportunities for long term pools of capital globally.Now is the time for pioneering investors to lead the way.

Benjamin Vedrenne-Cloquet is CEO of EdTechX Holdings, the first Nasdaq-listed SPAC to focus on education and education technology