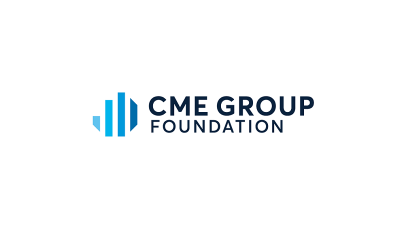 CME Group Foundation was founded in 2008 via a $16mn grant made by CME Trust and makes grants to education-focused non-profit organisations. Like many corporate foundations, the seeds of the organisation’s beginning were sown by a desire to make a difference in the place the company called home.

“CME Group’s board looked at the community of Chicago where CME Group is headquartered and brainstormed how they could help,” said CME Group Foundation Executive Director, Kassie Davis. “They noted the lack of economic development in low income areas and came up with an answer of Cradle to Career education.”

The fundamental tenet of the Foundation is that investing in education benefits the direct recipients of the funding as well as the community around them.

“We look at it as our way of advancing the economy. There is a lot of research showing that improved education is a way to lift all boats and help low income communities develop economically,” explained Davis. “In the State of Illinois, our K-12 schools and public universities have been underfunded for decades now. As a corporate citizen of Illinois and the city of Chicago, we think it’s important to do what we can to help.”

The Foundation has three pillars: Early Childhood Education, which focuses on mathematics; K-12 Education, which helps to prepare Kindergarten through twelfth grade (the last year of high school in the U.S.); Higher Education, which prepares first generation, low-income and under-represented minority students for careers in financial services.

The early childhood program launched in 2010 and was the foundation’s first program. Since then the impact has been significant, reaching more than 13,000 young children under the age of eight.

“In the 2017-2018 school year we trained more than 3,000 early childhood educators and supported more than 500 families to engage in early math learning with their children,” said Davis.

The Foundation uses a dashboard to monitor progress of the Early Childhood Program. They worked with their grantees and philanthropy consulting firm, Arabella Advisors, to develop this dashboard which showcases the Foundation’s metrics. This enables Davis and her team to identify where things are going well and where they can improve.

The dashboard tool will be implemented for the K-12 program during the spring of 2019 and for the higher education program in 2020.

The pilot for the higher education program launched in 2016. The Foundation partners with the University of Illinois in Chicago and Northern Illinois University to offer scholarships for low income, under-represented minority students who are majoring in finance, computer science or mathematics. The Foundation also assists the scholarship recipients with finding internships.

“We have supported about 25 students per year between those two universities,” said Davis. “We also help students interested in summer internships at CME Group get in front of the hiring manager. Last summer, we had six summer interns from these universities and we are now expanding that program.”

As part of its higher education program, CME Group Foundation recently launched a scholarship program with Scholarship America, a non-profit scholarship administrator. This program covers seven universities in the Chicago region and the Stevens Institute of Technology in Hoboken, New Jersey (CME Group has a large presence in downtown Manhattan). These scholarships are for sophomores, juniors and seniors [the second, third and fourth years of the U.S. university system] and provide up to twenty thousand dollars per year to cover anything that the federal and state governments don’t provide.

“Many universities in the U.S. allocate most of their scholarship dollars to freshman, and these scholarships are often not renewable. That’s why we’re focusing on sophomores, juniors and seniors,” explained Davis.

“Those are all fields our industry is hiring in,” added Davis. “By offering scholarships to students who are majoring in these areas, we think they’ll be prepared for great careers in our industry.”

One of the grants Davis is excited about provides professional development for secondary school teachers in Computer Science. “Just like in Chicago, having all students in Belfast learn computer science is very important, not just those from higher income backgrounds.”

The Foundation also facilitated a knowledge exchange between representatives from the two cities.

“Last June we did a computer science teacher exchange. The head of Computer Science for All at CPS and a high school computer science teacher went to Belfast for a few days, and then in August we had a professor from Queens and one of the secondary school teachers visit with our grantees here in Chicago,” said Davis “It proved hugely beneficial to both organisations to learn what’s working and what isn’t.”

The Foundation’s first ten years has seen many successes, but Davis specifically points to two areas where CME Group Foundation has made a significant impact.

“For ten years we’ve supported professional development for teachers of young children in early math. We’re proud to be one of the leading funders nationally in that area. Also, in K-12 computer science, CPS has been leading the nation in terms of large urban school districts, and their computer science team is up to six people now. We helped them build the capacity to implement what they’re doing.”

Another recent initiative within the early learning program is inspired by a gap in teacher training. In 2017, the State of Illinois published a Kindergarten Readiness Assessment, covering areas such as English language, mathematics and social development in all Illinois public schools. The findings suggested that children were lagging in mathematics.

“We did not have enough Kindergarteners who were Kindergarten-ready in math, so we’re really doubling down in that area for our infants, toddlers and pre-K students,” explained Davis. “We funded a pilot program where three local universities worked with CPS office of mathematics to create a graduate curriculum for elementary school teachers to become math specialists. The State of Illinois has this for early literacy specialists but not elementary math specialists. We have 45 teachers that will finish the pilot program in May this year. We’re going to expand that to additional CPS teachers and school districts in the coming years.”

Looking ahead to the next ten years, CME Group Foundation wants to see continued success in helping students from low-income communities develop in computer science, and Davis says that technology is key. The Foundation is one of the largest funders of LEAP Innovations, an EdTech hub in Chicago.

“They’ve gone from working with 30 schools initially to 120 schools in Chicago this year. It’s a two-year program of professional development for teachers and principals in the use of technology to personalise learning. Chicago has been a leader in helping schools use technology to help students behind get up to grade level and help students at grade level advance. That’s the whole concept of personalised learning and we see the use of technology as a way to support that,” said Davis.

The Foundation’s plans are numerous, but its initiatives in K-12 and higher education don’t come at the detriment of the original early learning program. As Davis says, “It is CME Group Foundation’s vision to help our low-income students be successful in both college and career. We know that you have to start young for that.”