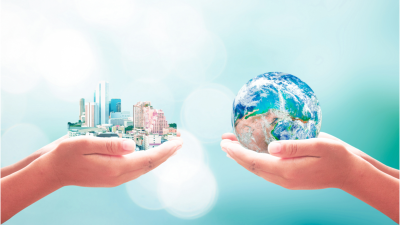 The private debt sector is now mature enough and sophisticated enough to be able to play a much more important role in the battle against climate change.  As the COP 26 conference continues, it is becoming increasingly clear that private finance will be required to finance a good proportion of the necessary changes to the way in which energy is generated, managed and distributed.

The task seems like a large one, but we have to start somewhere. Not all countries will sign up to the agreements generated by COP 26, but private capital is becoming more focused on its own impact potential – not just the passive screening out of fossil fuel projects but seeking investment opportunities that in themselves can play a role in saving the planet and taking the world to net zero.

Private debt funds can help companies to realign their business models to net zero by funding new initiatives and innovation. This will amplify the effectiveness of government-sponsored climate policies and accelerate the transition to net zero. This can be achieved while also helping to create new jobs and growth.

Private debt funds will be expected to report in more detail to investors on what they are lending to and where. This can be more challenging where there is a much broader portfolio of lending schemes contained in a fund, but the question will be asked by investors – is your activity helping? How? It will require managers to engage closely with the management of privately held borrowers that may not have been required to report on climate impact previously.

I expect that post-COP there will be more appetite for private lending funds that are specifically targeting impact projects in the climate space, potentially backing carbon capture projects which will help in the reduction of methane emissions for example.

Last week we saw former central bank governor Mark Carney announce the Glasgow Financial Alliance for Net Zero (aka Gfanz) to which more than 450 banks, insurers and asset managers have signed up. Together they represent over $130 trillion in assets under management. Carney is calling this coalition the gold standard for net zero.

“The enormous resources and relentless focus of Gfanz can unlock the $1 trillion of additional annual investment needed for the net zero transition in emerging markets and developing countries by the middle of this decade,” Carney told the COP 26 conference.

Gfanz looks like a step in the right direction as ultimately private capital will be needed to assist with this transition – governments, especially those of poorer countries, will not be able to do it alone.

Private debt funds remain an important source of finance for the large number of companies that are too small or unable to tap public debt markets. Many of them are not able to raise finance from the banking sector either. These have been dynamics that have been in place since the Great Financial Crisis in 2008 and despite COP 26, this is unlikely to change. Private debt funds have become an increasingly important part of the corporate debt market. As such they will also be able to act as an informed conduit for private capital that wants to put itself to good use in building the next generation energy economy.

Private debt funds’ popularity with investors is also being driven by the current depressed yields in government debt markets. With some benchmark government paper yields now touching negative, institutional investors are in search of new sources of yield. Government borrowing is likely to increase to help fund the transition to net zero and it is unlikely that investors will be seeing much higher bond prices in the near term.

The yield profile for many private debt projects, on the other hand, looks much more positive from an investor perspective. For many investors making their first allocation to private debt, the income factor is always going to be the most attractive. But if private debt funds can also be positioned to demonstrate strong impact finance credentials coupled with a superior yield profile, they will find a more ready market.

For existing private debt fund managers, this means revisiting new funds and potentially designing products which will bring with them strong environmental strategies and criteria. Investors will also expect fund managers not to compromise on performance. While there is still debate within public markets as to whether it is possible to deliver a solid, climate-friendly or carbon negative strategy without coughing up some performance in the process, there are already impact funds in the private debt market with predictable return profiles that are dedicated to net zero green energy project finance.

COP 26 will raise expectations and investor appetite for impact finance

COP 26 if anything will create more appetite on the part of investors – including their stakeholders – for fund managers within the private debt market to be seen to be doing more. According to UK government data, 70% of UK savers want their investments to consider the impact on people and the planet, alongside financial performance. Ninety per cent of millennials – the next generation of investors – feel that companies should be measured in terms of more than just their financial success. This is creating a groundswell of opinion and expectation that it will be difficult for either policy makers or pension fund trustees to ignore.

There may well be disappointment in many quarters that the COP 26 summit is not achieving everything that citizens hoped it would, but it is certainly throwing down the gauntlet for the investment community. For private debt funds, it marks a watershed as it creates the opportunity for many managers to take a more prominent role in demonstrating how they can fund the new net zero economy.

Stuart Fieldhouse is a Director at Hawksmoor Partners