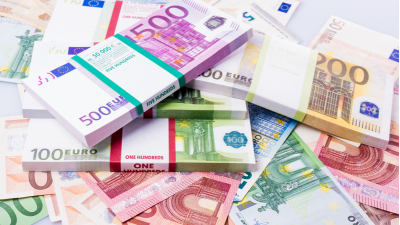 European venture capital firm Flashpoint Venture Capital held the first close of their third venture capital fund in December, a $50mn close of a vehicle that is targeting between $75-$100mn when all is said and done.

Fund III will, like its predecessors, make early-stage investments in SaaS companies; Flashpoint farms the fertile turf of Central and Eastern Europe, the Baltics, Israel, the CIS and Finland for its deals. The firm, run by General Partners Alexander Klonoplyasty and Michael Szalontay, has personal ties to the geographies in which it invests. Co-founder Konoplyasty says that the economic benefits to investing in the region provide significant tailwinds.

“It only takes half of the capital to get an Eastern European-based tech company to a $1bn valuation versus a U.S. one,” he said. “It’s because the main cost of tech companies is software engineers. We can hire senior talent in Sofia, Bulgaria for $5k per month whereas hiring that same talent level in the United States would cost double that, probably more.”

Flashpoint may look for deals in Eastern European territories but the firms it invests in are those that it believes can internationalise; Flashpoint makes primarily Series A investments in companies which have an opportunity to spread their wings into larger markets before follow-on rounds are raised.

“We support businesses that do business in the U.S or Western Europe,” said Konoplyasty. “To raise a Series C you need a local presence in the markets you sell into but we have an international leadership team – people from all over – and helping our portfolio companies establish a presence in larger markets is something we’re very focused on.”

Venture capitalists invest in a very small percentage of the deals that they see; they spend a significant amount of time analysing start-ups for inclusion in the portfolio, only for most of these opportunities to get discarded because of the lack of a scalable opportunity or valuation disagreements. Being a generalist from an industry perspective, to maximise their return on invested time, Flashpoint has built a proprietary screening tool which uses artificial intelligence to help them sift through potential investments, quickly.

“In venture capital, you can’t control revenue because oftentimes the portfolio company really isn’t making any, and you’re not cutting costs, you’re adding them. The only thing you can control is the entry price of your investment. So, we built a system that enables us to benchmark companies across industries, management teams and other criteria so that we’re focusing on companies where the price makes sense for us,” said Konoplyasty.

Flashpoint also manages a venture debt fund, managed by Donatella Callegaris.  The debt side of the business looks to support any venture-backed company entering the growth stage where the founders don’t want to dilute anymore.

“When venture-backed companies get to the growth stage then often the founders are down to 10-20% equity ownership. They don’t want to dilute anymore, obviously,” said Konoplyasty. “But they can’t get a bank loan because most banks don’t understand that sometimes, loss-making businesses aren’t bad. They’re adding customers and growing revenue, they are just taking time to do it. We’re filling that gap for VC-backed firms.”

Like their portfolio companies, Flashpoint needs to walk before they can run, and in the short term that means finishing up Fund III. The $50mn raised so far has been achieved in only five months, and exclusively via digital means. According to Konoplyasty, that’s a testament to the firm’s batting average.

“We’ve already got eight exits from our first fund and four of the 12 investments from our second fund have raised a Series B round with three more tracking well. We think that our conversion rate for revaluations definitely helped us raise money for the first close – our re-up rate from Fund II is very high,” he said.

Konoplyasty and Szalontay plan to close Fund III in 2021 and hope to end up with roughly fifteen new investments in the portfolio and a good chunk of follow-on investments in existing deals. After that, other products beyond early-stage funds and venture debt are planned; Flashpoint wants to become a ‘catch-all’.

“The vision of Flashpoint is to build an asset management business that supports founders from Series A through to IPO and beyond,” said Konoplyasty. “If you’re only in the early-stage business, then you will lose out on a lot of value creation further down the line if you simply exit those deals. It starts with early stage, obviously, but we’re not going to stop at venture debt. We want to launch a growth equity product, a public fund product and other credit products, eventually. We want to support the founder all the way through the life of their company.”