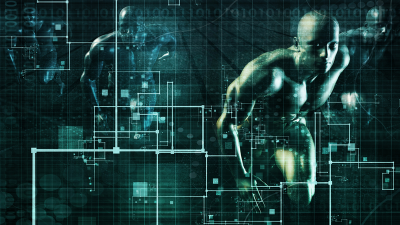 GameStop: Why Informed Investment Decisions In A Digital Era Matter

Surges in retail investor sentiment towards stocks, currencies and commodities in the past few weeks have highlighted how social media platforms and online forums can be leveraged to build a crowd or herd mindset which can result in a significant negative impact for institutional investors.

Melvin Capital experienced this first-hand as a surge of retail investors moved against its position in console retailer GameStop in January, forcing the firm to receive a rescue package as it sustained a staggering 53 per cent capital loss.

So, what does the trend highlighted by the GameStop story mean for investors? Simply put: to detect new investment opportunities and manage investment risk appropriately and effectively, market monitoring needs to extend beyond the evaluation of traditional data sets, to systematically tracking segments of the market, previously opaque, by including social media, news and blogs in their market monitoring strategy. Done correctly, a storm brewing on Twitter, or even a Reddit chat room, would show up on the radar.

The challenge however is this. Across Twitter alone there are over 500 million tweets per day, and more widely online there are over two million news articles and over five million blogs published a day. As such, detecting underlying herd mindsets amongst this large volume of data sources can seem daunting. As institutional investors turn to machine learning to assist them, they encounter further obstacles – detecting bots, translating languages, and assessing the credibility of the asset intelligence provider to name a few. Making informed investment decisions in a digital era is now synonymous with detecting effective asset intelligence from social media, news and blogs real time with strong machine learning capabilities. With effective machine learning capabilities, what early warning signals could have investors received if they were using alternative data analytics as part of their trading and risk management processes?

Let’s take the example of GameStop as it demonstrates the kinds of sentiment and signals that investors could be looking for in alternative data online.

The stock price then increased by a further 50 per cent by 22 January. Being on top of the early warning signals that were available from 10-17 January would have alerted investors to changes that they would have wanted to act upon to not only a) rebalance their portfolios and b) take steps to mitigate against potential risks.

Dogecoin and Silver then leap into the spotlight

The focus for investors then turned to other asset classes. The same retail investor army behind the move on the gaming stores business shifted focus to other asset classes. On 27 January, we detected unusually high sentiment and attention surges for silver across blogs, news and twitter. Silver prices showed an eight-year high between 1 and 2 February.

Similarly, on 27 January we detected unusual sentiment and attention surges for Dogecoin across blogs, news and twitter. The price increased by 700 per cent between 29 January and 1 February.

How to stop another GameStop

Carefully analysing and manipulating unstructured data sets to detect early signals requires deep expertise and models that are trained over many years to effectively process these data sets. Such capabilities are not developed overnight.

As hedge funds turn to machine learning and natural language processing to better understand market momentum and keep ahead of developments like GameStop, here are the kinds of sources and analysis they will be considering:

These past two weeks have illuminated the structural changes underway in financial markets. With the advent of zero-fee trading tools and use of social media to mobilise unforeseen numbers of retail investors to drive liquidity for stocks, currencies and commodities, there is now a new risk and return paradigm that institutional investors need to be aware of, with competition coming from new places.

It’s fair to say that institutional investors have been forced to either accelerate their digital adoption or reduce that adoption time by seeking alternative data providers, who have themselves invested heavily in these capabilities. 2021 is already ushering in a new way of trading, and this is an opportune time to try new tools.