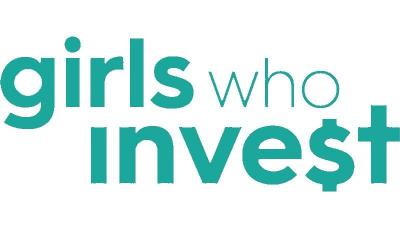 Girls Who Invest, a non-profit organisation dedicated to increasing the number of women in portfolio management and executive leadership in the asset management industry, announced that Janet Cowell, former North Carolina State Treasurer, has joined as Chief Executive Officer. Cowell takes over from Kathleen Powers Dunlap, who is retiring from the position.

“I am excited to welcome Janet to her new position as Chief Executive of Girls Who Invest. Janet is a highly accomplished industry professional, and she will propel our organization and its mission to the next level of growth,” said Seema R. Hingorani, Founder and Chair of Girls Who Invest. “I look forward to working with Janet along with my fellow Board members as we continue to deliver on our goal to have 30% of the world’s investable capital managed by women by the year 2030.”

Ms. Cowell brings executive leadership experience in finance, public service and education to the CEO role. She held publicly elected office in North Carolina for fifteen years, including eight as North Carolina State Treasurer. The first woman elected to that position, Ms. Cowell managed more than $100 billion in assets, and health and retirement benefits, for more than 900,000 members. During her tenure, Ms. Cowell consistently achieved exceptional results and national recognition. Prior to public service, she was a securities analyst for Lehman Brothers and HSBC in Hong Kong and Southeast Asia.

In addition, Ms. Cowell chairs the Executive Education Board of The Wharton School at the University of Pennsylvania. During her tenure as North Carolina State Treasurer, she was a member of the North Carolina Community College Board and State School Board and was successful in integrating financial literacy into the state’s core curriculum. Ms. Cowell, who began her new role on January 2, 2018, earned a BA in Non-Western History from the University of Pennsylvania and an MBA from The Wharton School.

“It is an honour to work with some of the most respected leaders in the asset management business and academic community to help bring transformational change to the financial industry,” said Ms. Cowell. “I am excited and look forward to engaging with the GWI board, advisory board and staff – as well as all of the talented young women whom we serve – to ensure that we continue to build upon the tremendous impact that Girls Who Invest has already had in a short period of time.”

“Over the past two and a half years, Kathleen Powers Dunlap has helped us execute on a bold vision to create a significant pipeline of talented and diverse young women prepared to succeed on investment teams in the asset management industry, and I thank her for her incredible passion and dedication to making this happen,” said Ms. Hingorani.

“It has been tremendously fulfilling to empower the future leaders of an industry that I’ve been privileged to work in for 40 years,” said Ms. Dunlap. “I’m thankful for our incredible team, the GWI board, our advisory board, our partners and the scholar community for coming together to right the gender imbalance problem. It is an honour to pass the mantle to Janet as she takes Girls Who Invest—and the industry’s transformation—forward.”