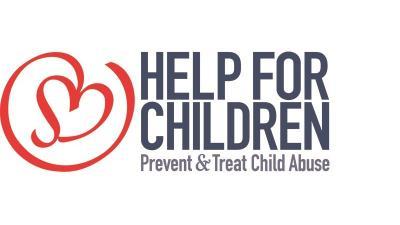 Help For Children UK, the British arm of the child abuse charity originally set up as Hedge Funds Care in the late 1990’s in New York, appointed Jack Inglis as its UK chapter Chairman in January. Inglis – he’s also the CEO of trade body AIMA, the Alternative Investment Management Association – was thrown into the deep end almost immediately, as the lockdown imposed by the British government to try and slow the spread of Covid-19 put a freeze on the ability of charitable organisations like HFC UK to host in-person fundraising events.

“Our normal fundraising activities that we do mostly through events here in the UK just stopped. We always have an annual gala dinner in November which is our main fundraising event and that’s impossible to put on this year. We have other events, like our comedy night, all of which require people to come together in some way, shape or form. None of those have been able to take place,” he said.

The organization’s annual London Gala, HFC UK’s biggest fundraising event, was originally scheduled for November 19th but that won’t be happening, of course. Some charitable organisations have attempted to produce digital fundraising events to support their fundraising goals but Inglis says that HFC UK won’t be going down that route.

“We’ve looked at various ways to try and replicate virtually what we do at the gala and provide some sort of entertainment that people would sign up for. But when we looked at it closely, we thought that there was a high risk of it not being successful. It’s the same with live comedy – we just didn’t think that we could replicate that experience online. We’ve had to rethink how we can actually go about fundraising this year,” he said.

That rethink has manifested itself in an HFC UK initiative to strengthen and grow its support base with hedge fund managers. HFC UK has always been well supported by brand-name service providers to the hedge fund industry; these firms support the London gala dinner each year to the tune of thousands of pounds. During lockdown, Inglis has been not only shoring up that support but also targeting new managers with the HFC message.

“In previous years, we have had a core group of supporters who consistently, year in, year out, bought tables at the London Benefit and of course we’re hugely grateful for that. But one of the priorities when I joined was to regenerate enthusiasm from the manager community in the UK. This organisation was actually founded with the manager community in mind. During lockdown, I’ve been using my contacts that I have from my job with AIMA to deepen relationships with the managers. I’ve been pleased with the response so far.”

HFC UK, along with HFC’s nine other locations, are currently running an open-ended fundraising initiative, asking firms to still contribute despite the lack of events to attend; for Inglis and HFC UK, raising money to help stop child abuse has never been more critical.

“The very fact that families have been stuck at home during lockdown has shed light on a parallel epidemic - a silent epidemic if you will - of increased child abuse. That doesn’t mean only abuse from members of a child’s family; it also means online abuse from outside the home. With schools being shut for large periods, the safety net that teachers provide – where they can pick up on suspicions of abuse - stopped existing until September [when UK schools re-opened]. Now more than ever, HFC needs funds to be able to continue to the fight against child abuse and to offer treatment wherever possible,” he said.

HFC gives grants to front-line charities in July each year. The organisation has had to slightly reduce its grant-making this year because of lower funds; Inglis, hopes that through his targeted outreach to managers, and the existing support of service providers, HFC UK can raise funds to end 2020 close to what they would typically expect in a ‘normal’ year. Going forward, however, Inglis says that relying almost exclusively on events for fundraising can’t continue.

“At some stage in 2021, when we get back to in person events, because of our manager outreach effort, there will be a lot more people wanting to take part in those events. And that’s great. But we can’t be reliant wholly on events anymore.  To that end, HFC is exploring additional strategies for 2021 including growing its list of firms who make HFC one of their dedicated charities,” he said.

HFC UK is working with its other affiliated chapters around the world as part of this new fundraising strategy but it’s a supplemental effort that will coexist alongside the events program. The tweak in strategy and the lack of opportunities for fundraising events doesn’t mean that the organisation is giving up on 2020, however.

“This has been an extraordinary year,” said Inglis. “And what we have been able to do is reengage with the managers and bring a sense of ownership of this charity to them; after all, we do see HFC as the alternative investment industry’s charity. Having been involved with HFC since before I became Chairman of the UK chapter, I know how critical HFC’s private funding dollars are in a normal year, and with the current situation, we must continue to get essential funds to the front lines to fight child abuse.”