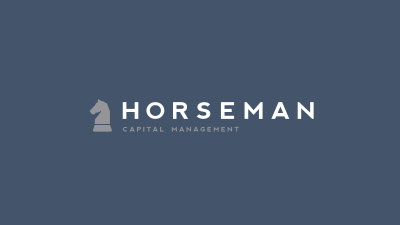 Article 9 of the constitution of Japan – which was written by the United States in 1947 – technically forbids it to have a military; stating “land, sea, and air forces, as well as other war potential, will never be maintained.” In reality, Japan does have a military – the world’s 4th largest, indeed – and the current Abe administration is attempting to arrange a referendum in 2020 to legally legitimize the Japan Self Defence Force into the country’s constitution.

Japan may be trying to boost its military defence capabilities, but one fund manager sees no way for the country to defend elements of its economy from demographic decline. Shannon McConaghy, portfolio manager of the Horseman Japan Fund, has his book stacked solid with shorts in Japan.

McConaghy’s fund – primarily a long/short vehicle – can trade most instruments and uses a top-down approach to idea generation. Japan’s working population decline - a trend particularly apparent outside of the main cities - is one example he gives as an important macro factor.

The country’s regional banks he sees as particularly exposed.

“Japan's population began a process of accelerating decline a decade ago, but the rate of decline is far more aggressive in regional areas in which regional banks are focused. The customer base for these banks is collapsing. 60% of them are already loss making on a core basis”.

He sees compressed interest rates as compounding the problems. Japan has one of the world’s highest saving rates, at 21.5% in March 2019 (according to TradingEconomics). The government is desperately trying to stimulate spending and currently has negative interest rates, so its banks must pay to hold cash reserves at the central bank of Japan. That disincentive to hold cash, married to the near-pointlessness of investing in Japanese sovereign debt (the Japanese 10 year offers -0.17%), forces them to compete ever more aggressively in lending.

“The regional banks have pushed their new lending rates to well below break-even, many will become loss making as their old loans roll-over” said McConaghy, as he also flags “the banks have been using accounting tricks to hide this problem – reporting capital gains made in the stock market as interest income. That trick is running out simply because Japanese equities are well below their peak last year and are a long way from generating fresh gains”.

The banks are also taking higher risks in search of yield. One area McConaghy doesn’t like is contingent convertible bonds (CoCos) issued by European banks to raise additional capital to meet Basel III requirements. CoCos can be converted to equity in the issuing bank at a massive loss to the investor in the event of a deterioration in the issuing bank’s capital.

“It is a very bad idea for troubled Japanese banks to be holding loss absorbing capital in the troubled European banking system” McConaghy says.

Another area that concerns him is shipping finance.

“Loans are provided by [Japanese regional banks] for SPV’s [special purpose vehicles] to purchase ships for tax structuring. I have heard of these loans being done at up to 98% loan-to-value”, he said. “The problem is container shipping rates are now loss making for many routes globally. The oversupply continues to worsen with the Japanese, Chinese and Koreans are locked in a war of creating maritime production capacity. The trade war just adds further demand problems. Ship prices have fallen and liners are starting to cancel charter contracts with the SPVs. It’s a horrendous set up.”

That’s not all. In a research note from February 2016, McConaghy sounded the alarm bells with regards to what he considers a significant amount of non-performing loans (NPLs) to SME business on the books of these banks, something that still concerns him.

“These bad loans don’t need be exposed for these banks to become loss making, but I think they will come out at baby-boomer business owners can now retire and walk away from their zombie businesses while keeping personal assets under new regulatory guidelines. The bad loans also mean there will be no white knight coming in to buy these banks out. These are toxic assets.”, he said.

As these problems come to a head McConaghy sees no viable option for some of these regional banks to remain listed. “I think many of their stocks will go to zero” he said.

“The trend of bricks and mortar shops losing market share to online retailers is even worse in Japan, this is because the population is falling so the pie they are competing for is shrinking”, he said. “But also, there is very painful disproportionate wage growth in the retail sector. Historically, it’s a low pay sector to work in. Employers are struggling to retain employees from moving to other higher paid industries with labour shortages, so the retailers have to pay up out of their own thin margins to keep the stores operating.”

Similar to his regional bank trade, McConaghy sees long term trends as supportive of the short case in mid-size retailers.

“These strong structural issues look like they are only going to get worse. The working age population decline is forecast to accelerate; Amazon continues to take more share.”, he said.

McConaghy’s interest in Japan is rooted in an earlier part of his career. He spent time in Japanese equity sales from 2007-2014 at Credit Suisse in London and says this is where he really began to understand the country’s business culture.

“That was a key educational experience for me”, he said. “I was spending time traveling around Europe with Japanese [company] managers on roadshows. I got to learn how business leaders in Japan really look at the issues in play.”

McConaghy’s fund isn’t a short-bias or short dedicated fund – indeed, “I can’t wait to be long again”, he says – but, for now, the signs he is seeing point to trouble.

“To me personally, when I look at any global market when equity market capitalisation to gross domestic product ratios exceed 100%, equity markets have proven to be over-valued, with risk/reward skewed to the short side”, he said. “And Japan has consistently fallen worse than other developed markets”.

McConaghy also points to the potential for the U.S. to lower its interest rates as another reason to stack the book against Japan.

“If the US enters a rate cutting cycle, Japan has nothing to defend itself – literally. Japan has fired its bazookas. If it lowers interest rates any more it will spread the viability problems from regional banks to mega-banks, insurance companies and pension funds. If Japan doesn’t lower rates the Yen will likely strengthen which hits its export earnings. Japan is trapped”, he said.

Either way McConaghy thinks problems will emanate from the regional banks and sums up his feelings by quoting from one of his favourite books.

“There’s a quote in Ernest Hemmingway’s book ‘The Sun Also Rises’ that goes:

"How did you go bankrupt?" Bill asked.

We have seen the ‘gradual’ for Japanese regional banks. These issues that are coming to a head this year will, in my opinion, see them hit the ‘suddenly’.”