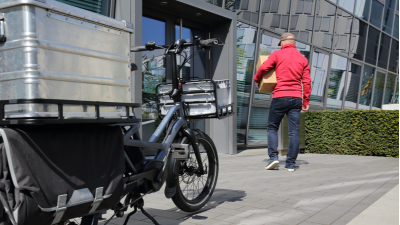 The Amazon-ification of retail delights and frustrates with equal abandon. On one hand, the ease with which we can order products to be delivered to our home is offset by the frustration of the delivery company leaving a parcel with a neighbour, or worse, on the doorstep or in the stairwell of an apartment building, the delivery company seemingly incapable of and disinterested in making the effort to actually ensure the package is actually handed to the recipient.

London-based Fuse Venture Partners thinks that ‘last mile’ delivery can simultaneously be a better experience for the customer and at the same time provide returns to its investors; in August last year, Fuse invested in Paack, a European last mile delivery solution for blue-chip e-commerce operators including Amazon, Zara and H&M, and it also invested in Kurly, an online grocery delivery service in South Korea.

Fuse was founded in 2013 as an advisory firm but only in 2019 did it begin to make venture and growth capital investments. Spyro Korsanos, Managing Partner and Founder, says that the firm’s bet on last mile technologies predates the Covid-19 pandemic but the tailwind offered to internet-based companies will stick.

“Covid has had a dramatic impact on anything that’s online,” he said. “We see that there are boosts in online retail, online transactional spaces. That boost may seem like a short-term lift, but a significant amount of that boost is sticking. Online grocery shopping has gone from 2-3% of the industry to 8-10% because of the lockdowns, and we expect that to normalise to 5-7%. So, it’s still more than double what it was previously.”

Fuse has invested in numerous technology start-ups based in Europe, part of a growing band of venture capitalists who look for opportunities in the region. Cliff Hinrichs, a Venture Partner at Fuse, says that the market is finally beginning to catch up to its cousins across the pond.

“In the last 5 years there has been a growing recognition that returns from European VC investments are becoming like those in the U.S. Previously, there have been only a handful of companies with unicorn potential in Europe which means you can either invest from overseas or invest as part of a global fund. Now, the volume of unicorns being produced is such that there needs to be a ‘boots on the ground’ approach and European exposure warrants real consideration for LPs,” he said.

Geographical idiosyncrasies have provided somewhat of a moat for U.S.-based start-ups when compared to their European peers; the United States is an internal market of 300mn+ people who speak a common language, with a broadly consistent legal system. Stateside start-ups can grow quickly without the need for internationalisation, a benefit when compared to their European competitors that need to add new languages to their technology and tax and regulatory considerations to their businesses.

“European start-ups don’t have a playground of 300mn+ people from which to grow and discover new segments. A segment in the U.S. could be as big as the entire population of the U.K.,” said Hinrichs. “Not internationalising in the short term is a limit to growth in Europe.”

The necessary early internationalisation of European start-ups isn’t a bad thing, however. Indeed, companies that successfully do this are arguably in a better long-term position.

Korsanos and Hinrichs are disciples of the growing trend of VCs getting their hands dirty after they’ve written cheques to portfolio companies, something that they’re used to, given their background in the advisory business. Fuse says that it is an ‘investor with a difference’ in that it applies a hands-on, private equity-style approach to working with the start-ups in its portfolio. Hinrichs worked at Google for ten years and says that experience helps Fuse to better support its investee companies.

“Working at Google gave me a really good view of what world-class looks like,” he said. “I also gained an understanding of the metrics when the flywheel really starts to spin. We can therefore interpret that for our companies and help the founders to plug the gaps that they might not be able to see.”

Last mile delivery isn’t the only area that Fuse is bullish about; Korsanos and Hinrichs see opportunities in multiple industries including the circular economy and subsets of the healthcare industry. They also like the marketplace concept as it’s applicable across many industries. Wherever their investing travels take them, their own concept of sustainability and values-based investing will be front and centre.

“Sustainability means two things for us. Firstly, in the purest sense of the word, it is about evaluating the longevity of a business model. The world is forever innovating, which means product lifecycles are shortening. If you don’t evaluate a business in a broader context, you risk being misaligned with its ecosystem,” said Korsanos. “The second element is that value is increasingly being derived from intellectual capital - human innovation, creativity and effort. As more value stems from the people of a company the more we have to be cognizant of how we grease the wheels of that cog to optimise the return on human capital. Nowadays, more people need more than just a desk and a salary; they are looking for more purpose and value synchronisation from their employers. Fundamentally, values-based investing should be about human capital. What does human capital need to operate more optimally? Acting and behaving in a way that generates harmonious human interactions ultimately should generate superior returns because more people will be happier. Analysing the values of the company is next generation ESG as opposed to box ticking around factors that are prolific. That’s how we see it.”

Regardless of the companies and industries that Fuse ends up investing in, Hinrichs says that European venture capital has plenty of room to grow and that Fuse’s experience means that it should be able to extract strong returns from the region.