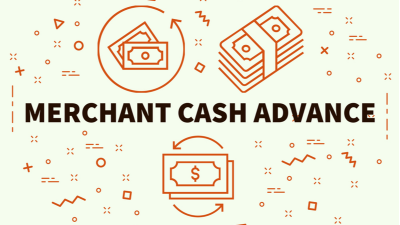 Hedge funds, in their PPM, refer to their investment strategy which details how the majority of client assets will be invested or traded. In some cases, the small print will allow a hedge fund to funnel assets to investment opportunities seemingly unrelated to the primary investment strategy in pursuit of that all-important alpha.

Schaumberg, IL-based Supervest is receiving an increasing amount of those extra-curricular assets for its merchant cash advances platform, which connects institutional investors like hedge funds and family offices, and accredited individual investors, to opportunities provided by merchant cash advance funding companies in the United States.

John Donahue, a Partner at Supervest, says that the opportunities for high returns in a short amount of time offered by the asset class are driving the increased interest.

“The effective interest rates that are charged on these loans are high relative to their default rates,” he said. “An example deal structure might advance as much as $100k at a rate of 40% for a payback of $140k. In this situation, for a 3-month loan, you’re getting your principal back by day 70. Plus, every day we take in a portion of the receivables, so there is a very, very low risk of receiving nothing back. Additionally, as remittances flow back to our investors, it becomes cash available to put back out at similarly high rates of return. The ability to compound returns at such a velocity isn't available in other asset classes.”

Merchant cash advances provide short-term financing for a broad swath of small and medium-sized businesses, that, for one reason or another, can’t get a loan from their bank; the financing provider receives a percentage of future sales as collateral for the loan. Examples include pizza restaurants that need a new oven, trucking firms that need a new trailer or jewellers that needs to buy new stock.

Supervest’s platform launched in December 2018 and has onboarded approximately 20 ‘funders’ – the merchant cash advance providers that are tapped up for loans by the businesses. The MCAs distribute their excess deal capacity to Supervest which in turn syndicates those deals to its member network. Donahue says that Supervest’s sweet spot is in the mid-sized funders.

“The large MCAs don’t really need our help, but the mid-sized ones do because they just don’t have enough capital through their own networks to satisfy the deal-flow. Also, there is a need on their end for portfolio diversification. In the United States, the MCA industry is massive; it’s around $25bn annually and growing at 20%, but it’s made up of small advances. The average is about $40,000, so the number of individual deals is quite is high. Our platform helps them tap into our network to fund their excess capacity and diversify,” he said.

Artificial intelligence is all the rage right now with companies in all industries attempting to utilise it to get an edge, and Supervest is no different. AI is incorporated into their platform at the deal level, an attempt to maximise the chances that the deals that their membership invests in don’t go south.

“We are highly focused on data analytics, and our AI is designed to look at the deals that are submitted to the platform to analyse whether we think it’s a good deal or not. Some MCAs send us strong deal flow in restaurants, others send us not so good deal flow in restaurants. But there’s more to it than a batting average, so the AI might kick back a deal from the former if it doesn’t like it. That’s the whole point of the AI, that it can see beneath the surface. Our investors benefit and so do our funding companies,” said Donahue.

Accredited investors on the Supervest platform can set their own risk criteria for the type of merchant cash advance deals they would like to invest in. The criteria can include a merchant’s FICO score (a credit worthiness score in the United States), industry, lien position, loan duration (typically 3-14 months) and more, to build a portfolio of deals; investments start at as little as $1,000.

The merchant cash advance industry in the United States began to grow rapidly in the aftermath of the global financial crisis of 2008-2009 when banks began to tighten up their small business lending programs. This isn’t likely to change any time soon, and Supervest says that 80% of traditional small business loans get rejected, providing a tailwind for the sustainability and growth of this industry. The short term for Supervest is about growing its investor community and in the mid-term, they will onboard more MCAs to the platform (there are literally hundreds in the United States). There are, however, other benefits to the asset class which Donahue expects will help the firm to continue to grow.

“We’re seeing increased interest from hedge funds and family offices – the former because they’re looking for alpha returns, and the latter because they’re looking for alpha and they're looking to replace some of their bond exposure. The managed futures traders are also looking at this space. They have a good chunk of spare cash due to the margin inherent in futures trading strategies, so they are looking for a home for that cash where the capital isn’t tied up for too long just in case they need to call it back," he said. "The liquidity of our platform resonates with them as cash balances can be accessed and returned in one day; there are no lock ups on unused cash which is very appealing to all investors. The lack of yield available to fixed income investors is well documented, and this asset class provides that with low correlation to equities. There are numerous advantages to investing in this space. I think it’ll become a staple of the alternative credit industry.”