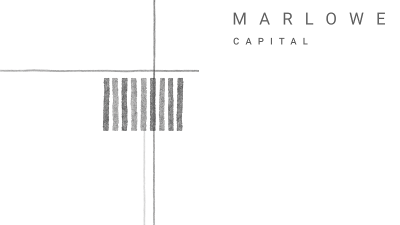 The US and Canada offer the best macro-economic conditions for recovery of their banking sectors and thus a way for investors to benefit significantly from the post pandemic recovery.

Marlowe Capital’s partner and portfolio manager Miquel Burguet made the case at the recent WM Nexus round table “Capturing the Post-Pandemic Economic Boom in North America”.

He said the key is finding highly predictable macro-financial situations for banks with impact on their balance sheets, profit and loss accounts and stock prices over the cycle – typically around a five-year period.

He added: “Around 70 per cent or more of the earnings of a bank are a function of the macro-economic environment in which that bank operates.”

Marlowe’s analysis suggests that banks in the US and Canada are best placed to benefit on this basis, not just from the post-pandemic recovery, but also the longer, albeit pandemic-disrupted recovery from the global financial crisis.

That requires screening out the short-term noise.

“The US macro picture is quite messy in the short term around inflation, interest rates and GDP, but if you look four or five years or so through the cycle, we see a clean recovery and a ‘releveraging’ economy fuelled by the stimulus of the Federal Reserve and the Treasury. On top of everything there is a big space for American banks to lend more and hence, stimulate the US economy further.”

He notes that Canadian GDP expansion is expected to be 4% in 2022, after extensive monetary and fiscal stimulus. Though private debt and public debt are relatively high, he adds: “Markets trust Canada. They are seen as serious people that pay their debts.”

Such sentiment is always useful, but significant research goes into identifying these markets utilising Marlowe’s full embrace of academic macro-economic thinking. Since its foundation in 2017, the firm has had a close relationship with and access to the resources of the London School of Economics Systemic Risk Centre. In return, the SRC receives a percentage of the profits generated by the asset manager.

It also mines research from across top universities and accesses cutting edge finance research seminars to inform its investment thinking.

“We look at the 35 top professionals in the world, in macro economy, capital markets, asset pricing, monetary policy and the banking sector, not only at LSE, but Chicago, Harvard, MIT, Berkeley, Cornell and Princeton among others. When they publish something on their website, we analyse it, and if it's relevant, we add it to the thinking around our global investment process.”

Burguet suggests they can incorporate any relevant thinking in a matter of weeks which could otherwise take as long as five years to move from an institution to research circles to more general awareness across economics and markets.

The firm also boasts a very strong macro-economic team and brings PhD researchers, posts docs and Assistant Professors of Finance into the team as Investment Advisors while they keep working in their research institutes. “This is a business – academia partnership that is quite innovative in the asset management space”, he says.

Burguet suggests the approach could be unique in Europe sitting in the space between strategies that use macro-economic analysis but do not apply it specifically to banks and financial funds that have less of a macroeconomic emphasis.

The approach is focused on developed markets and between 200 to perhaps 300 banks stocks, mostly commercial banks but potentially some investment banks.

Analysis therefore encompasses North America, Europe and developed Asia, though the risks and complexities have meant the Eurozone and neighbouring economies have been generally excluded.

Once the markets are determined, stock selection comes into play.

The firm aims to ‘load up’ on up to 30 years of track records or the maximum track record available, which also helps them select stocks including considering a bank’s resilience to unexpected shocks.

They are also taking advantage of some long-term trends that stretch beyond 30 years.

“In Canada, there are five big banks. It is probably the most stable, and one of the most profitable banking markets in the world in the last 100 years,” he says.

In the US, states used to charter banks to compete with neighbouring states and discouraged banks from operating across state borders. Legislation passed in 1994 sparked the consolidation, but the process is still ongoing in many ways with 5,000 bank groups still in existence.

Among US banks, he sees two very favourable groups - strong small and mid-sized producers with 25-year track records that combine conservatism and aggression and some very well-known national champions such as Goldman Sachs and JP Morgan with huge domestic advantages but which can also out-compete national champions from say France, Germany, and Switzerland.

Part of the approach is to understand the cycles in banking and particularly the relationship between stock prices, perceived and real risk and the point in time of the macroeconomic cycle.

Ground-breaking research conducted at the Systemic Risk Centre has been the basis for this. Burguet calls the model developed at the SRC linking these three factors “banks fragility mispricing model”.

“Post any crisis, the perception of the risk of a particular bank may be very high; consequently, the stock prices of these banks are going to be low. But in many cases, the real risk of this bank is very low: some of them have been recapitalised, their non-performing loans have been cleaned and they have the whole upside during the next long cycle. Still, they are typically perceived as risky and are very cheap. Typically, we'll take a long position in these lenders after a reorganisation and follow the cycle.”

He says this does not imply forecasting the peak and the bottom, but positioning entry when the trend is established, the dynamics are more stable but internal rates of return can still be very significant. Exit comes at the upper part of the cycle – typically around four to five years, with stocks selected for the mix of returns – resilience to shocks. The investment portfolio saw a strong recovery after the initial pandemic/lockdown shock for example.

The current strategy sets out to achieve 8.5 per cent compounded annually or plus 250bps compared with the global index after fees, though they have achieved 8.8 per cent over four years of the previous strategy.

The aim right now, he says, is to find markets impacted by an expanding economy and bank stocks within them that “have space for earnings expansion, space for balance sheet expansion, and price earnings ratios that have potential for revaluation through the cycle”.