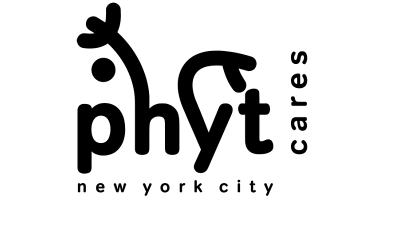 NYC non-profit Phyt Cares celebrates its 5th anniversary this coming November – the organisation was incorporated in 2013, after a successful pilot program in June of that year.

The organisation is the foundation arm of Phyt NYC, a fitness facility based in New York City with a second location in San Juan, Puerto Rico. Founder and CEO Jonas Serrano launched the organisation because he knows first-hand the positive affect that fitness can have on people.

“I was extremely fortunate to grow up in a household surrounded by fitness and experience first-hand from an early age the immense impact it can have in helping people deal with adversity and overcoming challenges. I founded Phyt Cares because I wanted to help those facing adversity to conquer that,” he said.

The organisation has a symbiotic relationship with the for-profit parent because Serrano has largely self-funded Phyt Cares, to the tune of approximately $250,000. “I decided to be my own contributor to ensure that when we started, we’d never fail – my for-profit business would have to go under for Phyt Cares to fail, and I won’t let that happen.”

The organisation’s connection to the alternative investment industry stems from the client base at Phyt NYC – hedge funds such as Soros Fund Management, Wellspring Capital Management, Vectra Capital, Castle Hook Partners and Falcon Edge Capital are clients at Phyt NYC.

“We work hand in hand with some of the partners at these firms; they donate thousands of dollars each year to Phyt Cares” said Serrano. “Without them, Phyt Cares would not be possible.”

Co-founder Elana Margulies Snyderman is a Senior Manager in the Alternative Investment practice at EisnerAmper, an accounting, tax and advisory firm headquartered in Manhattan; she leverages her connections to produce events which help raise money for Phyt Cares.

“I have organised women’s self-defense/ fitness events the last few years on International Women’s Day, March 8th at Phyt NYC, leveraging my women contacts in the alternative investment industry to support our cause,” she said. “This year, we were also honoured to team up with the women’s network at of [hedge fund] Millennium Management and do a private event for several dozen participants at their offices All money raised went to Phyt Cares and we’re now trying to get a monthly program off the ground there.”

Margulies Snyderman has also leveraged her alternative investment contacts to organize other smaller events throughout the year including a women’s wine tasting, a handful of shopping events and a tennis tournament to raise money for Phyt Cares.

The organisation’s inaugural annual fundraiser took place in November 2017, raising more than $15,000; plans are in the works for the 2018 edition.

“We have already started planning our second annual fundraiser – it’s hopefully going to be on November 1st in New York City again. Our goal is to make that an annual thing,” said Margulies Snyderman.

Phyt Cares’ programs empower young people from ages 2 through 18 to live an active, healthy lifestyle. One such program it runs is with Bronx, NY-based ACACIA Network (the largest Puerto Rican foundation in New York) as Serrano explains.

“We’ve had a partnership with Acacia since September 2015. Trainers from Phyt NYC go to the Bronx twice a week to train youths who are in the system. Those that demonstrate improvements in behaviour and academics can come to Phyt NYC – at no charge – on the weekend to continue their development.”

Whilst primarily an organisation which focused on minors, Phyt Cares also has done programs for other populations too, most recently a fitness seminar for staff at Urban Pathways, whose mission is to help the homeless find housing. Also, Truce Foundation of America Founder Hugh Dugan is also a Vice President of Phyt Cares and brokered a partnership between Qatar-based Save The Dream and Phyt Cares.

“Our missions have a lot of synergies - we promote sports, fitness and health globally. Phyt Cares is the first US partnership that it has.”

Phyt Cares launched its Puerto Rico chapter in 2017, irrespective of Hurricanes Irma and Maria. Serrano is Puerto Rican himself felt compelled to uplift his Native people given the challenges they have been facing. The initial ports of call were Loiza, in the northeast, and La Perla, near the capital San Juan.

“After the hurricane, Loiza might as well have been completely gone. The crime rate is high there, so we came in, sponsored kids and gave them equipment to help them train.”

Puerto Rico’s fiscal challenges are well documented, and so Phyt Cares’ Puerto Rico chapter has also been sponsoring local athletes because of government cuts in spending. Serrano feels passionately about this.

“Sports are a part of our culture. By removing funding, you’re stripping away the culture.”

Part of the execution of the strategy is a partnership with Gimnasio de Boxeo La Perla in La Perla, a neighbourhood in the capital, San Juan. However, it’s not just athletics that Phyt Cares PR is funding.

“We’re employing people as fitness professionals on the island, but we’re simultaneously sticking to our core mission of embracing youth. We want to get them off drugs, and off the streets. Also, we’re empowering women in Puerto Rico who juggle school and work and numerous other responsibilities. We help support a healthy lifestyle through fitness to show them that there is light at the end of the tunnel.”

Phyt NYC has plans to expand to Colombia, which will enable Phyt Cares to launch as well.

“We’ve had representatives in Colombia in the past couple of months. Our model is that we go to an area and we sell our model and mode so that they have a pathway to financial sustainability. We keep the existing people, revamp the location and show them where fitness is going and how the model works. We’re hoping to launch officially late this year or early next year in Medellin.”

The organisation sees significant opportunities to continue to develop its giving back program. After all, says Serrano:

“Fitness doesn’t matter where you come from; or your age, or your gender, or anything; it’s a universal language. The stronger you feel, the more confident you become. That’s the bottom line, and we want to teach people who need help that fitness can help them to overcome challenges just like it helped me.”

To learn more about Phyt Cares and support the organisation, go to http://www.phytnyc.com/philanthropy.html.