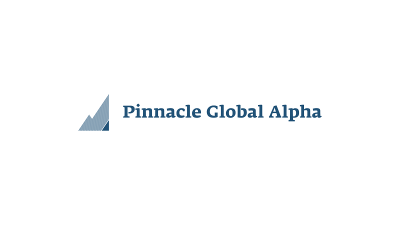 We are short Tesla – our thesis in a nutshell

We believe Tesla is a structurally cash flow negative, debt-laden, business facing severe competition managed by a CEO who misses expectations on just about everything, all the while trading at an unjustifiably high valuation.

In our opinion, the current market valuation of Tesla seems to imply the following over the next 10 years:

Our take on the above

We believe market implied assumptions to be completely distorted for a number of reasons.

First of all, we think current cash flows are only positive due to a number of unsustainable undertakings which, once factored in, make Tesla’s actual free cash flow for the year 2019 negative. They are:

Revenues and profits are also difficult to measure, as they contain a number of one – offs, such as gains on foreign currency positions, FSD software updates, and a favorable sales event in the Netherlands making a significant contribution to the total Q4’19 sales in Europe (customers rushed to purchase their Model 3’s in light of the new legislation with substantially reduced tax incentives coming into play in January 2020, essentially cannibalizing the expected sales for the year 2020).

Even considering the above, total revenues for Q4 were only up by 2% year on year, with Model S/X production and deliveries down by 29% YoY for Q4’19 and automotive gross margins for down by 180 bps YoY. This trend of Tesla’s premium segment being in free fall has been going on for some time now, and we believe it is obvious at this point that the company’s future and its current valuation relies solely on its capacity to mass produce, sell, and actually make money on vast numbers of mid – to – low priced EVs, such as the Model 3 and Y.

It is also worth mentioning that cutting operating expenses significantly was declared to be an important part of the short- term development plan for the company, and the total decrease of 7% for the year 2019 was achieved by cutting SG&A by 7% and R&D by 8%; the latter is not what we would like to see from a growing company rolling out new models and striving to maintain its technological edge over the competition.

Our key takeaway on the company’s current profitability is that while Tesla’s Model 3 is a hot topic in both Europe and the US right now, the demand for its premium products is in free fall, capital expenditures are extremely low, payables are increasing, stock- based compensation is on the rise, and the company is still unable to make any real money.

Competition is really heating up in Europe, currently the fastest growing market for EVs. Tesla is losing market share in the premium segment, as evidenced by its own reported delivery numbers for Models X and S. We believe this is just the beginning, as the EU adopted new regulation on EVs effective January 2020, forcing automakers to sell a much higher number of EVs in Europe in 2020 and onwards.

This is why Tesla’s economy segment, Model 3, now a clear leader in Europe, faces significant existing and upcoming competition from Toyota, Kia, Hyundai, Chevrolet/Opel, Nissan, Volvo, Volkswagen, BMW, Seat, Skoda, DS, Citroen, Peugeot, and Mini. While some of these are not direct competitors (due to some of them being hybrid cars, subjectively less stylish, and offering less performance/range/longer recharge time), they also tend to be less pricey, and we believe they will eat into Model 3’s sales numbers starting from mid 2020 as Volvo’s XC40 and Polestar 2 are the first ones to hit the market, followed by the Volkswagen’s ID lineup.

According to recent sales numbers, Tesla still dominates its home market, the US, in both premium and economy segments, however, we believe the US demand for its cars will inevitably shrink as the market gets flooded with all the same models we’re about to see launching in Europe. It might take more time, probably a couple of years, but we think that a significant downturn is inevitable.

All in all, it seems almost impossible to us that the company would be able to sustain double digit revenue growth and cash flow margins when dozens of EV models in all price ranges from virtually all major manufacturers start hitting the market within next couple of years.

To do that, Tesla will have to beat its competitors on all fronts, such as availability and delivery, marketing, prices, product features and customization, as well as ease of service, while maintaining best- in-class profitability, cost structure and execution, which, to us, is simply beyond any reasonable expectation.

Conclusion and what to expect

Our key takeaway on Tesla’s current profitability is that the Model 3 is a hot topic in both Europe and the US right now, its CAPEX are extremely low, payables are increasing, stock-based compensation is on the rise, and the company is still unable to make any real money.

It is therefore, to our minds, extremey unlikely for the company to show a 12% FCF margin over the next couple of years while managing to maintain CAPEX at the level of 3% of revenues. It is even more unlikely that Tesla would be able to maintain said levels of profitability and capital expenditures for any prolonged period of time as competition heats up and low-to-negative margin products like Model 3 take over the majority of its revenue mix.

Other major automakers are quickly catching on, and soon there will be a wide variety of EVs and hybrids to suit every person’s desire and wallet. It is, to our minds, absolutely clear that the Model 3 and the upcoming Model Y are already set for a similar fate as the Model S and X, which are quickly fading after an initial period of strong customer interest, especially in Europe.

How Tesla will manage to beat its competitors on all fronts (sales growth and marketing, prices, product features and customization, ease of service) while maintaining best-in-class profitability, cost structure, and execution, which are all priced into its current valuation, is beyond our comprehension.

We expect Q1’20 to be very challenging for Tesla for a multitude of reasons, spanning from collapsing demand in the EU to inevitable delays in fully launching its Shanghai factory courtesy of the recent coronavirus outbreaks in China, possibly making 2020 the year that breaks the company.

No warranty is given as to the accuracy or completeness of the information contained herein and no liability is accepted for errors or omissions in such information. Our investment products may not be registered for sale in all markets.

As of the publication date of this report, Pinnacle Global Alpha along with its clients and/or investors has a short position in the stock of the company covered herein, and therefore stands to realize significant gains if the stock price the company mentioned in this report falls. Use this research at your own risk.