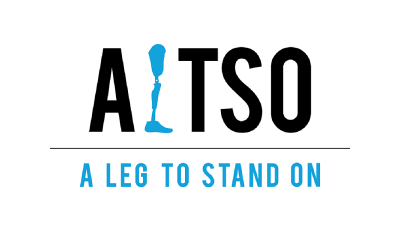 SteelEye, Baringa Partners Back For Round Two Of RunningForALTSO

During the first week of June - in the nadir of the U.K.’s first lockdown of 2020 – London-based RegTech provider SteelEye and consultancy firm Baringa Partners embarked on a contest; a ‘run-off’, whereby eight members of staff from each firm ran as often and as far in a week as they could. The winners were the team which covered the most ground during the contest.

The initiative was the brainchild of Matt Smith, SteelEye’s Founder and CEO, in a move to raise money for A Leg To Stand On, the mobility charity that provides free orthopaedic care to children with limb disabilities in the developing world. Each firm donated £1 for each kilometre covered by their team members, and the participants also raised money themselves for ALTSO through their networks.

Baringa Partners took the spoils in the inaugural ‘RunningForALTSO’ challenge, with their team covering a total of 436km, slightly ahead of SteelEye, which managed a total of 401km. Now, they are back for round two, and whilst Smith is keen to reverse the scores from last time, there’s a bigger picture behind the repeat.

“The U.K. is back in lockdown and the fundraising environment is as difficult for non-profits as it was before. ALTSO’s work is profound, and we want to do our bit to support them,” he said.

“We like challenges at Baringa – we like competing – and to be honest, we didn’t know much about ALTSO before the previous challenge. But we connected with some of their people after the event to learn more about the charity. It’s clearly a great cause and we’re happy to be supporting them again,” he said.

Both teams have some new faces in their teams this time around, and the numbers have expanded to nine participants for each team. SteelEye has added 22 new hires during the lockdown and have a global effort this time around.

“Three of our nine are new faces – they weren’t even with the company last time around. And we have two of our team competing in Braga, in Portugal, and two in Bangalore, in our India office. There were more people who wanted to do it this time around, so we expanded the numbers to accommodate them,” said Smith.

Nott tells a similar tale and adds that some of the company’s brass are getting involved for round two.

“We have six returners and three new faces including our Global Head of Financial Services. We’re hoping that the presence of a couple of senior people will encourage our team to up their game from last time!” he said.

One of the topics discussed widely, and not just in finance circles, is the effect that the lockdowns have had and can have on people’s mental health. Nott says that the challenge provides additional benefits over and above raising money for ALTSO.

“Mental health and physical health go hand in hand,” he said. “The challenge has helped lift the spirits of not just the participants but the broader team at Baringa, who are curious to find out how each person is getting on. It’s helped create a sense of camaraderie despite people not being physically together in the same space.”

“We’re a comparatively small company but we posted company-wide updates every day during the previous challenge and will be doing so again this time around. It’s great for mental well-being for everyone and it’s inspiring for the runners.”

The next challenge will begin on Monday, November 30th and end on Friday, December 4th. Both Nott and Smith are bullish about their chances.

“At least one team will go over 500km,” said Nott. “The averages might be down a little because of the weather, but we’ll be bringing grit and determination to ensure that it’s us. We should be able to raise more than last time for ALTSO – we’re targeting at least £2,500 this time around.”

Smith’s team are under added pressure; but Smith has seen some encouraging signs that team SteelEye will up their game.

“For the first challenge, I hadn’t run in 8 months and I managed to train over 2-3 months to get up to a half marathon every day for 5 days. I really pushed myself. And we had people in our team who had never really run much before as well. I expect us to do more than last time and I think we will because people are more into it this time around. We’re pushing ourselves harder.”

Smith would like to expand the ‘RunningForALTSO’ challenge in the U.K. and take it further afield in 2021. For now, though, his sights are firmly on what he perceives as righting a wrong – and raising money for ALTSO in the process.

“We lost, and I’ve been thinking about a rematch ever since,” he quipped. “But seriously, we’re delighted to be supporting ALTSO again and we’re thankful to Chris and Baringa Partners for stepping up for round two. We’re looking forward to raising even more money for what’s a truly fantastic cause.”

Support SteelEye and Baringa Partners in their quest to raise money for ALTSO here.