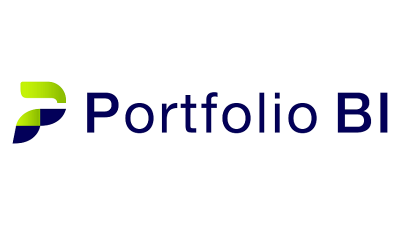 “You either love it or hate it” is the catchy mantra adopted by Marmite, a food spread made from yeast extract, which is popular in the UK, but it could equally be used to describe the growing SPAC (special purpose acquisition company) phenomenon. A SPAC is a blank check entity that lists on a stock exchange with the explicit purpose of acquiring a private company and, by default, making it public. Proponents of SPACs argue they eliminate many of the costs associated with an initial public offering (IPO). The SPAC market has exploded over the last two years, fuelled primarily by the increasing interest from private equity firms and hedge funds. The scale and speed of the market’s growth should not be underestimated. In 2020, 244 SPACs raised a record $78bn in the US. Barely four months into 2021, there have now been 235 SPAC issuances accumulating $72bn.

Demand for SPACs goes through the roof.

Several factors have driven the meteoric rise of SPACs. Firstly, private equity firms are sitting on record piles of dry powder totalling $1.45trn, which must be deployed. Secondly, COVID-19 had a negative initial impact on IPO sentiment, as market volatility caused pricing uncertainty. In addition to the lower costs of going public through a SPAC, these vehicles also provide greater levels of clarity as valuations are discussed well before the transaction closes. The risk-return profile of SPACs is summed up nicely by the WSJ. “Hedge funds give the SPAC money for up to two years while it looks for a merger target. In return, they get a unique right to withdraw their investment before a deal goes through that minimizes any loss on the trade. At the same time, the potential return for early investors is huge if the SPAC shares rise because they also initially receive shares and warrant giving them the right to buy more shares at a specified price in the future,” read the article.

What are we all missing?

In contrast, some counter that if something is too good to be true, it usually is. Cynics argue that many SPAC promoters are giving misleading financial projections about their merger targets, which would be unequivocally illegal in a traditional IPO. Unlike a conventional IPO that is subject to stringent disclosure requirements, many market participants have warned that reporting practices are substandard at some of the blank cheque entities. As such, detractors point out that many companies – who arguably should not be going public in the first place – are doing so because of the lighter touch rules. These risks are fuelling a bubble, which would result in greater regulatory and policymaker intervention if it were to burst.

SPACs are a by-product of the pandemic and the ultra-low interest environment we find ourselves living in. Although SPACs are producing good returns for asset managers, there are concerns that structural weaknesses in the market could emerge, ushering in future regulatory scrutiny.

The views expressed in this article are those of the author, and do not necessarily reflect the views of AlphaWeek or its publisher, The Sortino Group Ltd.