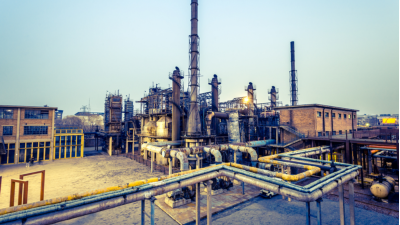 An uptick in corporate restructuring involving carve-outs ahead of a potential downturn is set to drive chemical mergers and acquisitions (M&A) activity, even as buyers turn cautious amid a challenging macroeconomic outlook.

“Companies are reshuffling their portfolios again, preparing for a downturn. They are trying to offload non-core businesses. So there are opportunities for private equity sitting on tonnes of capital to be deployed for primary carve-out opportunities from multinationals,” he added.

Assets being sold by or being carved out from major European chemical companies include BASF’s construction chemicals business, Clariant’s masterbatches unit and Lonza’s specialty ingredients business.

US-based Celanese had reportedly been exploring the separation of its acetyls and polymers businesses but CEO Lori Ryerkerk said a split would not add value at this time because of dis-synergies associated with any separation. Celanese may need to take on additional transformational activity before the company could justify splitting itself up, she added.

There has already been a wave of corporate carve-out divestitures announced and completed in 2019.

On 14 October, France-based Arkema announced the sale of its Functional Polyolefins business to SK Global Chemical for €335m in a deal expected to close in the second quarter of 2020.

In August 2019, US-based Huntsman agreed to sell its chemical intermediates business to Thailand-based Indorama for $2.1bn in a deal expected to close by the end of the year. Also in August, US-based PolyOne announced the sale of its Performance Products and Solutions (PP&S) business to SK Capital for $775m. PolyOne is also reported to be in talks to acquire Clariant’s masterbatches business.

And BASF in August agreed to sell its global pigments business to Japan-based DIC for €1.15bn in a deal expected to close in Q4 2020. It is still seeking a buyer for its construction chemicals business.

Germany-based Evonik at the end of July completed the sale of its methyl methacrylates (MMA) business to private equity firms Advent International for €3bn.

“We expect an extremely active M&A market in the next 12-18 months driven by a confluence of factors lining up nicely for elevated activity,” said Alain Harfouche, managing director at investment bank Guggenheim Partners.

“Large and mid-size corporates are increasingly divesting assets they view as being non-core and could fit better with someone else, providing them an opportunity to still garner a good valuation,” he added. And more entrepreneurs and family-owned businesses are also looking to sell before a potential economic cycle.

Most of these carve-outs represent over $1bn in deal value and would be ripe for private equity buyers rather than strategic buyers, noted Alantra’s Schneider.

“The strategists that would have synergies may not be willing to pay a strategic premium for a competitor as they often take a cautious approach toward acquisitions or see headwinds in their own portfolio,” said Schneider.

Competition among private equity firms is “fierce” but the number of attractive assets on the market has largely remained constant, driving up valuations, especially for high margin non-cyclical assets, said the banker.

This year has been marked by an absence of mega deals - those of $5bn and above. However, deal activity has continued to move at a healthy pace.

“Due to the absence of any mega deals, the total dollar volume of M&A year-to-date has fallen dramatically compared to last year. However, the number of deals is still quite solid as companies and private equity firms continue to sell non-core businesses and portfolio companies that are mature,” said Peter Young, president and managing director of investment bank Young & Partners.

“In fact, both the dollar volume and the number of deals is solidly in the mid-range of activity when compared to the long-term trends,” he added.

Global economic uncertainties caused by the US-China trade dispute, the slowdown in GDP growth worldwide and geopolitical turmoil have caused companies to cut capital spending but this has not markedly slowed M&A activity.

“The strategic need to grow and to improve business portfolios, coupled with the secondary deals that are the result of large mergers such as DowDuPont and separations, are driving an underlying solid level of transactions,” said Young.

“It is also worth noting that Asia continues to be the region where close to half of the businesses that are being sold are located, as consolidation in China continues to be a driver of M&A activity in that country,” Young. added.

Rise of the mid-sized buyer

One banker sees the next wave of M&A activity in the chemical sector involving mid-size companies buying non-core assets being divested by larger companies.

“Although there are more mega deals to come within the chemicals industry, there has been a noticeable shift to undertake smaller acquisitions and divestments that target specific portfolio shortcomings and deliver tangible results in the short and mid-term,” said Chris Cerimele, managing director at investment bank Balmoral Advisors.

“It is expected that going forward, the next wave of M&A in the chemicals industry will involve mid-sized companies buying some of the non-core assets of the new mega companies,” he added.

One example would be PolyOne’s rumoured potential acquisition of Clariant’s masterbatches business.

Negative sentiment by company managements is one factor that could limit buy-side deal activity.

“Psychology has gotten ahead of reality in the US - we are sensing CEO confidence is down. Economic indicators are not quite signaling recession but the sentiment is ahead of the market,” said Leland Harrs, managing director at investment bank Houlihan Lokey.

“We see choppiness feeding through to some sale processes, especially those exposed to cyclical end markets, Europe, Asia or trade. Geographic issues are at the forefront of people’s thinking,” he added.

There is a dichotomy between macro conditions in Europe and Asia, and those in the US, the banker noted.

“The consumer is still very strong in the US, and some sectors such as personal care, home care, and nutrition and health are holding up well,” said Harrs.

Buyers are becoming more cautious with the constant stream of negative macro news and data points, including those related to US-China and US-EU trade disputes, Brexit and weak manufacturing activity.

“Some deals continue to take longer and in some cases processes are abandoned. In terms of end markets, construction and automotive are issues,” said Federico Mennella, managing director at Rothschild & Co.

In addition, seller expectations are often still too high. “A lot of deals don’t happen because sellers are unrealistic or unwilling to reduce the price. Plus, strategic buyers are being more disciplined,” he added.

While chemical M&A activity continues at a healthy pace, “anxiety levels among CEOs have been heightened” amid concerns about a potential economic recession, said Telly Zachariades, co-founder and partner of The Valence Group.

“One CEO said: ‘If we’re not careful, we’ll talk ourselves into a recession’. There’s so much talk of it in the media and negativity can unfortunately feed upon itself. But so far it’s been business as usual and that’s what we expect for the foreseeable future,” he added.

A number of companies are running into headwinds that make short-term forecasting more difficult - which is typically a hindrance to M&A.

However, for now, the M&A market has been able to shake off all of the incessant noise around Middle East tensions, US presidential impeachment proceedings, and the US-China trade war, as well as a potential recession, he said.

Private equity firm The Carlyle Group is exercising greater caution than usual in its approach to chemical and other industrial acquisitions in an increasingly uncertain business environment.

“There’s a yellow flag on the racecar track. It is time to be careful and we will be very cautious,” said Brian Bernasek, managing director and the head of the global industrial and transportation team at The Carlyle Group at a recent meeting of the Chemical Marketing & Economics Group (CM&E) in New York.

“It’s clearly a more challenging environment than in the past several years, and it’s not certain where we are [in the economic cycle],” he added.

Yet even as macroeconomic challenges mount and earnings growth slows, M&A valuations have persisted at high levels.

“Interest rates are likely to stay low for the foreseeable future, so equity values are likely to remain high with the caveat that business performance needs to be strong. We expect this high valuation environment to continue,” said Bernasek. However, he sees corporates increasingly becoming more and more cautious in their appetite for acquisitions as well.

“In general, strategists are becoming less bullish. So much of the competition [for deals] is micro-based - on whether it’s a great strategic fit or attractive growth opportunity for the company. But we’re pretty confident that… board rooms and CEOs are less enthusiastic than they were six to 12 months ago in doing deals,” said Bernasek.

It specialises in industrial carve-outs - what it calls its “calling card”. Examples include buying AkzoNobel’s specialty chemicals business, which it renamed Nouryon, and acquiring DuPont’s automotive coatings business (Axalta Coating Systems) which it took public. It also sees the energy sector as a “unique place to invest”, said Bernasek.

“Some are looking for businesses that are relatively immune to recession or counter cyclical. For others, their timelines are not always economy-related,” he added.

And more caution on the part of large multinational chemical companies because of the macro challenges could open up more opportunities for private equity, the banker noted.

“Larger multinationals are pulling in their horns now and cutting back on costs,” said Gallagher.

A downturn in chemical stock prices could spur more mergers and acquisitions activity.

US and European chemical equity prices have largely been flat to down in 2019, with some exceptions, even after a sharp bounce off their August lows.

“The next 12-18 months should see the continuation of a very busy M&A market. Public chemical valuations have come down a bit and this may bleed into the private side, making businesses across the board more actionable,” said The Valence Group’s Zachariades.

“From an M&A standpoint, this potentially creates opportunity. Some public companies that had been considered unattainable are now on buyers’ radar screens as they’ve become more reasonably priced,” he added.

On the public chemical company side, valuations have come down, making some “very actionable” from an M&A standpoint, said Harfouche at Guggenheim Partners.

“As valuations come down, we’re going to see more portfolio optimisation which should be a catalyst for activity,” said Mario Toukan, managing director at SK Capital Partners.

“As public valuations decline, it makes it easier for these companies to sell non-core assets as it won’t be dilutive,” he added.

Conversely, when public valuations are high, selling off businesses becomes difficult as companies are already getting high multiples off these assets in the stock market - essentially getting greater credit for the cash flows.

“In the chemical world, there are a lot of headwinds. We are technically in a chemical and manufacturing recession,” said Toukan.

M&A transaction multiples continue to be strong for the moment, but they will likely trend lower with public valuations, he noted.

“It takes time for M&A valuations to normalise - there’s always a time lag. The buyer/seller valuation gap is going to narrow, but it will take time,” said Toukan.

SK Capital, which specialises solely in chemicals, pharmaceuticals and specialty materials, is well positioned to execute such deals in a tougher market, he pointed out.

“For deals we consider, we must have a view on transformational change in the business - we may be indirectly exposed to commodities, but we won’t play cycles,” added Toukan.