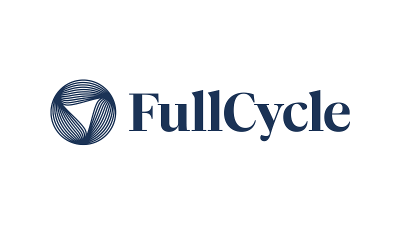 The circular economy is fast becoming a familiar concept among consumers and investors, but its potential for reducing emissions may be dramatically underestimated.

That challenge involves fast-acting gases and pollutants – methane, nitrous oxide, fluorinated gases and particulates – which can have a rapid and potent greenhouse effect.

Indeed, these short-lived climate pollutants are the most important contributors to the man-made global greenhouse effect after CO2, responsible for up to 45% of current global warming and without action this could grow to more than half according to the Climate & Clean Air Coalition.

FullCycle managing partner Ibrahim AlHusseini and managing director Giffen Ott discussed the approach and how it can contribute to building a Low Carbon Future at the virtual WM Nexus event Impact Investing Opportunities in the Face of Global Challenges.

Assessing the extraordinary scale of the challenge, AlHusseini said: “The most important thing we need to address if we are going to use private capital to combat climate change is how do we do it so it is effective.

“Scalability is important, but so is timing. And you need to do it in a risk-adjusted manner, so that you can attract enough capital to shift the needle.”

These problematic gases are labelled as short-lived climate pollutants as their potency declines over the 100-year horizon traditionally used by the International Panel on Climate Change.

Ott said this is a misnomer, something demonstrated by the magnitude of their impact on the climate.

These gases’ global warming potential is 84 to 3500 times more potent than CO2 over the first twenty years (GWP-20) after their release into the atmosphere.

Although it declines, the impact remains outsized with an average potency over the first 100 years that is 28 to 1600 times that of CO2.

Faced with this scale of challenge, FullCycle looks to back technologies with the potential to reduce emissions by the equivalent of at least one gigaton of CO2 with other rigorous hurdles applied before it invests.

Ott said: “We don’t just look at the average emission benefit over 20 years. We also look at the CO2 return, taking the CO2 savings per annum and dividing it by a thousand to get to our Carbon Return on Investment (CROI). It is the toughest of our criteria.”

AlHusseini noted the speed of change they are not interested in. “Tesla makes up less than a quarter of one per cent of all cars on the road, 17 years after it was founded.

“We are not waiting for companies to go through their natural arc of development but condensing the timeframe. We want to see them become the standard technology replacing their 19th or 20th century versions in the fastest time possible.”

In searching for these solutions, FullCycle provides an insight into the effectiveness of several circular economy technologies employing a concept developed by NASA to determine if a technology is ready to work commercially.

Technology-ready level eight (TRL-8) is where a rocket has gone up and returned successfully; TRL-9 is where the rocket does this with a commercial payload.

The two technologies currently backed by FullCycle, represented by the two platform companies have reached these kinds of TRLs i.e. they have proven technology ripe for rapid commercial expansion.

Synova takes solid waste and converts it into valuable chemicals without expensive synthesis which mitigates against the production of gases such as methane.

AlHusseini says: “We are looking for technology that will offer a solution not just for Berlin and San Francisco but with economics which work for Jakarta and Kinshasa. It has to be a six-continent solution. Synova has that world-changing technology.”

The second portfolio company will offer projects in controlled environment agriculture allowing food production in extremes of climate and once again is economically viable in both rich and poor countries.

It removes much of the need for air transport and refrigeration and reduces rot, again bringing huge reductions in those problematic gases.

Ott then discussed other technologies that, although not there yet, could reach the required level.

“Twenty years ago, no-one could recycle rubber back into road tyres. The world doesn’t need another frisbee, boat bumper or race-track made from tyres,” he said.

“Tyres have been a big problem as source of mosquito-borne disease and of tyre-dump fires.

“Now there is technology to purify it, where it can go back into road tyres. It is close to being commercially ready.”

Fashion is another huge contributor to warming but circular economy fabric technologies are making significant progress including for the problem area of sportswear.

If these are future possibilities, the business is investing in what works now – so accepting no red flags in the technology – and making it work better.

Ott said: “The combination of financial backing and development gives us lots of opportunities for cycle time reduction. That lets us work faster and allows investors to put more assets to work. It also takes risk out.”

When it takes a minority stake, it also negotiates a Right of First Refusal (ROFR) on new projects while the concept of “carryover funds” gives limited partners the option to fund a pro rata share of those ROFRs originated by the fund.

It says this system gives an option to invest further which is much stronger than with a typical second fund.

Looking forward, this allows the firm to put $3bn to $5bn to work at favourable terms for limited partners.

AlHusseini said: “We are not a venture fund where we spray and prey and have 20 companies. We want to pick five to eight platform companies, providing us with eight to 40 projects in verticals that powerfully affect climate change abatement.”

“They get a dedicated funding partner, with all the legal and the technical support up front. They focus on what we want to invest in. It speeds up their roll out and it allows us to be a master franchisee. They can stamp it out in projects over the world.”