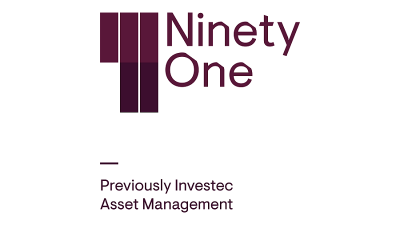 The global pandemic initially stoked fears that combatting climate change would fall down the political agenda.

Instead, the three most significant economic blocks, the EU, China and, with Joe Biden’s election, the US have made announcements about decarbonisation of huge significance for concerned investors.

The EU has boosted green investment in its pandemic stimulus and the US is likely do so, while China has announced a target for a zero-carbon economy by 2060.

Yet the world remains far off track in terms of the transition required to meet the climate goals agreed in Paris in 2016 of 1.5° or 2° of warming.

The question for investors is how do they frame a strategy which allows them to invest in and benefit from decarbonisation while still accounting for huge uncertainty – political and otherwise.

Deirdre Cooper, co-manager of Ninety One’s Global Environment Strategy, gave the answer to that question at the virtual WM Nexus event Impact Investing Opportunities in the Face of Global Challenges.

The scale of the global challenge is immense with the planet currently on track for three to four degrees of warming by the end of the century. The amount of investment required for a dramatic change of course is staggering.

The UN Intergovernmental Panel on Climate Change suggests $2.4trillion will be required every year to meet 1.5° with other calculations ranging between $1.5tn and $4tn.

There is significant annual investment of $500bn although it pales in comparison to what is needed.

Yet companies with products and services that facilitate carbon avoidance can serve this market while the gap – alarming as it is – represents a kind of leveraged bet for these stocks.

Cooper said: “The companies can sell into a market of $500bn to $600bn but eventually it is going to be multiple trillions so those companies should benefit from a huge structural growth tailwind.”

She added that although there has been a tendency to equate decarbonisation especially of infrastructure with private markets, the world simply cannot fund the required change without mobilising listed companies and harnessing their capex budgets.

And they are making an increasing contribution – in 2018 they contributed around $182bn of the $500bn devoted to decarbonisation.

The drivers that will bring about the required speed of change fall into three categories – regulatory change, technological change and changing consumer behaviour.

“When the crisis started, we felt 2020 could result in a pause in regulatory change, but instead we have seen an acceleration,” she said.

In May, the European Green Deal was launched worth €750bn and with 38 per cent of the stimulus focused on climate. In July, then Presidential candidate Joe Biden published his climate plan effectively a Green Deal for North America. Finally, and arguably the most important development, came in September when Chinese President Xi Jinping used a speech at the UN to commit China to net zero carbon by 2060.

Cooper pointed out that China is 28 per cent of global emissions. It is still carbonising and has built 40 gigawatts (GWs) of new coal power plants in 2019. To compare, the UK grid as a whole represents around 70GW.

Yet China is also building more than twice as much renewable capacity each year as the next country the US.

“We see 2020, potentially, as a tipping point. You saw significant outperformance with each of these announcements and that is what the strategy is designed to do.”

“We genuinely believe there is a huge amount of  climate risk in global equities and a good way to hedge that risk is to have an allocation to companies that are poised to outperform in a faster decarbonisation scenario.”

She said progress in regulation in sectors and countries will not be linear. Setbacks are inevitable but technological change provides a “hedge against regulation going the wrong way”.

But US renewables more generally offer a positive and more instructive example.

The US built more renewable power capacity in the last four years than ever before, despite the White House administration’s stated goal of reviving the coal industry.

“The cost curve shows that wind and solar is the cheaper form of electricity,” she added.

Another positive trend in technology is the approximately 18 per cent annual cost efficiency improvement in Lithium-ion batteries. In this case the technology is arguably allowing the regulations to tighten with the “UK thinking about banning combustion engines in as little as 10 years’ time”.

The final driver is changing consumer behaviour – the company carries out a regular survey of 2000 people gaging their view on reducing their carbon footprint and how they have gone about it.

This has, among other things, shown an increased willingness among consumers to allocate to environmentally-focused investments in their workplace pension.

The information can add context to investment decisions. For example, the fund holds Croda International, a firm which makes bio-based chemicals that go into lower carbon shampoos and cosmetics.

The first stage of the process is to screen global equities for companies exposed to environmental solutions for at least 50 per cent of their revenues, so firms generally involved in greening the grid; in electrifying cars, heating and industrial processes and in energy efficiency.

That takes them to around 2,000 companies.

The next step is to look sector by sector to find the companies that really have products that avoid carbon working with an external data provider, external databases, reported data and academic research.

Seven hundred companies of around $6tn by market cap form Ninety One’s “carbon-avoided” universe. It has only one third overlap with the MSCI ACWI by number of stocks and just 7 per cent by weight so the universe is underrepresented in global passive indices.

The next step is an idea generation screen with 100 or 150 companies. Analysis focuses on the business model so whether it has structural growth, competitive advantage and returns above the cost of capital or where there is a negative ESG assessment which may rule a stock out of contention.

Having selected a stock, they size positions based on conviction and contribution to risk.

The resulting strategy has around 25 stocks with an average market cap of $30bn so neither small cap nor the giant trillion-dollar stocks feature. Relative to global indices, it has more in China and less in the US which coincides with the denser concentration of cleantech patents in Asia.

She said: “Our long-term models tend to be higher forecasts than consensus and we believe the consensus underestimates the opportunity.”

“The market tends to model current regulation rather than the direction of travel for future regulation and underestimates the opportunity within the energy transition. Across the world, we see plenty of undiscovered companies that have really significant leverage to decarbonisation.”

Questions from delegates prompted one final observation about the current economic situation.

Cooper said: “We think the transition will be interest rate sensitive to some extent. We are investing now to save money in the future. The current macro environment is an opportunity to accelerate that.

“There is a sense that if you are going to accelerate spending which leaves a debt burden for future generations, you should allocate capital to sectors which at least offer a strong benefit to those future generations.”