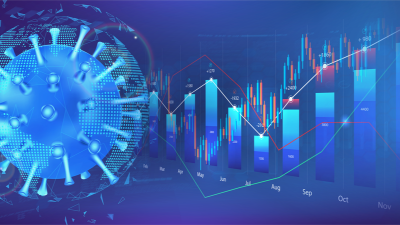 Dexamethasone Announcement Could Have Made Hedge Funds A Fortune

On June 16th, 2020, the U.K Government announced that Dexamethosone, an anti-inflammatory drug, was approved for use across the nation’s National Health Service to treat all UK hospitalised Covid 19 patients requiring oxygen, including those on ventilators. The drug has been proven to reduce the risk of death significantly in COVID-19 patients on ventilation by as much as 35% and patients on oxygen by 20%, reducing the total 28-day mortality rate by 17%.

Hedge funds, whether they employ a discretionary approach or a systematic one, could have made a fortune in the following two days. San Francisco-based machine learning technology firm Vectorspace AI has built an algorithm which constructed an equally-weighted basket of five securities containing Novavax, Inc. (NVAX), Perrigo Company plc (PRGO), Bristol-Myers Squibb Company (BMY), Karyopharm Therapeutics Inc. (KPTI) and Momenta Pharmaceuticals, Inc. (MNTA) which in two days returned a total of +21.23% across the five stocks on the back of the Dexamethasone announcement; the only one of the five stocks to lose money was MNTA, which fell -1.69% in the two days following the news. NVAX returned +15.81% for the best performer award.

Vectorspace AI got its start in the Life Sciences and bioinformatics area while at Lawrence Berkeley National Laboratory. Today, the group algorithmically generates datasets that power machine learning systems to identify hidden relationships between approved drug compounds for repurposing applications in fighting COVID-19 along with relationships between global events and stocks which exhibit high correlations to each other (a form of automated thematic investing). These relationship networks are based on proprietary datasets which in turn are built using natural language processing (NLP) and natural language understanding (NLU) technology. Kasian Franks, Vectorspace AI’s Founder and CEO, got the idea from Gur Huberman and Tomer Regev’s paper in 1999 which examined the impact of the rise in EntreMed’s (ENMD) stock from $12.063 to $85 and the consequent enthusiasm of the market lifting other biotech stocks.

“Huberman wanted to point out that there was a basket of stocks that also rose that were related to EntreMed”, says Franks. “You could have made a lot of money if your researchers had found those connections. So, we thought ‘well how can you create a basket of securities based on a theme, or a specific stock?’ And so that’s what we set out to build.”

Vectorspace AI’s system consumes peer-reviewed scientific literature, news, market data, financial statements and press releases – all the usual inputs for a machine learning technology – to generate it’s thematic ‘Smart Baskets’, Vectorspace AI’s name for the basket of stocks created by the system. These thematic Smart Baskets change depending on the inputs, which can be one input, like ‘Dexamethasone’, or multiple inputs. The algorithms work on a three day hold for long positions and a four day hold for short positions (the time period is a result of the back-testing) and the baskets are created when a double-digit stock price change is identified by the algorithm; Vectorspace AI’s back-testing shows optimised results when an 11% stock price change occurs.

One of the charges levelled at ‘alternative data’ is that much or all of the alpha that can be generated is eroded by either the cost of the dataset (including testing, staff, as well as the actual fee charged by the data vendor) or crowded trades due to too many firms being sold the same datasets. Franks agrees and claims that Vectorspace AI is different.

“At some point, the alpha in most structured datasets – the ones which are in the news, like credit card data and satellite data - will get eroded for various reasons. For us, what we’ve done is created a proprietary dataset based on our technology. But no one dataset is ever the same for us because it changes as quickly as every minute. Searching on ‘Covid-19’ today and ‘Covid-19’ tomorrow will give different results, which we think will enable sustained alpha generation.”

Franks is, of course, an evangelist for machine learning and its applications for alpha generation in investing and trading and echoes what many in the industry say is a failing on the part of hedge funds.

“In today's data engineering pipelines, a lot of alpha comes from how well you're processing your data and how you structure trade execution including dealing with slippage,” he said. “It’s critical to ensure that you have a consistent process and a solid structure to make the most of the datasets that you are consuming.”

Whilst hedge funds need to invest significant amounts of money to produce that process and structure, what Franks and Vectorspace AI are doing is not a new concept; indeed, it’s the core of the entire alternative data industry.

“What we do is simply a form of information arbitrage”, he said. “Whether it’s validating a trade hypothesis for a discretionary manager, or creating an entire portfolio for a systematic manager, we’re using machine learning to find that arbitrage and generate alpha from it. We just think that we can do it in a way that will endure for longer.”