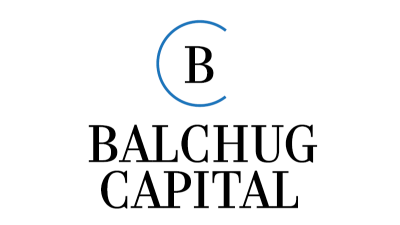 Russia’s relationship with the West has barely been out of the news in the past few years and as a consequence, institutional investors have been nervous about putting money into funds which have exposure to the country. Some hedge fund managers see opportunities in the space, however, and David Amaryan of Balchug Capital is one of them.

Balchug Capital – named for the area of Moscow opposite the Kremlin where the firm was founded – invests in emerging markets securities using both long/short event-driven and value strategies. Amaryan, the firm’s founder, spent a decade in the United States at Alliance Bernstein and Citigroup and then moved to Moscow with Troika Dialog in 2004. He launched Balchug in 2009 and says that both strategies can work hand in hand in one fund.

“We’re looking for catalysts that will unlock value”, he says. “We then do the fundamental analysis. Whether we take an event-driven long or short position that will contribute alpha, or a value situation that might provide consistent returns, we start at the same point”.

Balchug’s fund, which returned 46.34% in 2019, runs rather a concentrated book, with approximately 15 positions at any one time. An event-driven position could run from 2 months to a year, and a value position up to 2 years. The top 5 ideas could account for 50% of the overall portfolio.

“We like to concentrate on our best ideas. I don’t believe those that say that all their ideas are as good as each other”, says Amaryan.

Emerging markets is a broad term and Balchug focuses much of its efforts on Russia because Amaryan knows the local market well from his time working in Moscow. Indeed, he sees encouraging signs.

“Russia has largely been ignored by the international investment community because of geopolitics. It’s overlooked and underinvested, in my opinion. In 2016 and 2017 and there was no interest, but now, we’re starting to see money flowing in Russia because it’s cheap. There are lots of good companies worth our attention”, he said.

“Russians hold the vast majority of their savings in bank deposits; that’s approximately 31trn Rubles. However, we’re seeing a shift into equities from these investors, as well as pension funds. They are moving because dividend yield in equities is now greater than government bond yields and bank deposits. This was not the case before. This concerns both retail investors and pension funds. If just 10% of these savings moved into the local equity market, that’s a significant demand shock that should boost equity prices”, he said. “Furthermore, the central bank is lowering interest rates, Russia has low inflation, the unemployment rate is less than 5% and credit risk is lower than their emerging market peers. All of the signals point to a strong opportunity.”

Russia might be the market of focus for Balchug but the firm looks at other emerging markets as well. It has taken positions in China, Turkey and Latin America previously; taking advantage of what it considers local expertise drives the investing agenda, however.

“We don’t like to have any one country or market have more than 50% of the fund. It’s important for risk management”, Amaryan said. “So, we look at opportunities in Armenia [Amaryan’s country of birth], Uzbekistan, Kazakhstan as well as more traditional emerging markets. We have a lot of knowledge of these countries. While there’s little liquidity, in the next 2 or 3 years we expect to see more privatisation and more opportunities in fixed income and equity markets. These countries are creating better regulation for hedge funds, a process we are seeking to assist in some countries through dialogue with regulators.”

Balchug’s investors are family offices in Russia and the U.K, and Amaryan has plans to begin to raise money from institutional investors. The flagship fund was launched in 2019, the previous focus having been individual managed accounts for investors. The twelve people at Balchug are all invested in the fund and Amaryan says that other developments are happening in Russia particularly which should provide encouragement.

“We have roadshows planned in London and Dubai in the spring, and in the autumn, we’ll be in New York, Chicago and Boston. In Russia in particular, we’re seeing companies becoming more transparent and pivoting themselves to be more investor oriented. Those that didn’t have investor relations departments previously are now hiring them. The boxes that Western investors need ticking before allocating to an emerging markets fund like ours are being ticked”, he said.

Amaryan accepts that investors look at much more than just returns when deciding which markets – and how – they want exposure to and he agrees that it won’t be easy to change people’s minds.

“We don’t have rose tinted sunglasses. The geopolitics with regards to the West and Russia will still be there next year and the year after as well. And there is a knock-on effect for the surrounding markets as well. But what I would say is that for investors looking for emerging markets exposure, Russia is less risky than, say, Turkey and some of the Latin American countries. Also, I think that because of the Coronavirus, China will experience a slowdown; we’ll certainly have a global supply chain issue because of it. I think that investors might rethink their China exposure, at least in the short term”, he said. “And you could argue that Russia and the surrounding economies won’t provide stellar returns, say this year. But as we’ve said, the developments at the company level, and the macro trends in the country are all very encouraging. We think Russia is cheap, and consequently we think there are lots of opportunities for us to generate alpha.”