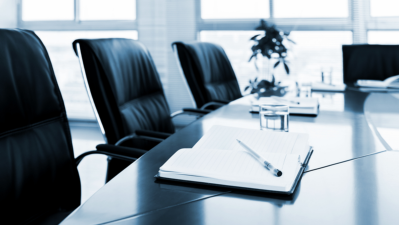 The Governance pillar of the ESG movement arguably receives less attention than either the Environment or the Social leg of the stool, but many hedge fund managers have been engaged in governance-related activism since well before ESG became trendy.

That’s certainly the case for Marco Taricco and Giuseppe Bivona, Founders and Co-CIOs at London-based hedge fund manager Bluebell Capital Partners. The duo launched and ran predecessor firm Bluebell Partners, an advisory firm that worked with US-based investors such as Elliott and Jana Partners with their activist campaigns in Europe, many of which had a heavy governance-related bent.

That experience led Taricco and Bivona to launch their own firm, Bluebell Capital Partners, in November 2019, alongside Francesco Trapani, who was the CEO of luxury goods firm Bulgari from 1984 until 2013. Bluebell takes mid-long-term stakes primarily in European mid-large caps, something unusual for an activist firm.

“Focusing on small caps is very enticing for a new firm because you can get a higher percentage of the capital with your money,” said Bivona. “But we believe that in Europe particularly, your ability to influence an outcome is not driven by the weight of your position but by the investment thesis. We think mid-large caps is the sweet spot of activism in Europe.”

“Mediobanca needed to bring changes to the bylaws to allow for the appointment of an external CEO, which we obtained last October. Danone needs to grow organically more than it has done but the bottleneck is the change in the CEO and the separation between the CEO and Chairman roles. On March 1 the Company announced just that, in response to our requests. We’re heavily focused on governance because a sub-standard governance is typically a red flag that highlights other issues and potential improvements in other areas, like strategy, operations or capital allocation” said Taricco.

Hedge fund managers are increasingly adopting some kind of ESG policy to support their idea generation and investment decisions. Critics say that these firms are ‘greenwashing’ their approach to support their asset raising initiative – more assets usually means more fees, after all. Proponents say that it’s legitimate and that hedge fund managers can use this data to make money on the short side, punishing companies with a poor rating, to go alongside the positions in the long book, creating a true ‘win win’.

One thing that most agree on is that the area of the investment universe where hedge funds and ESG meet is opaque at best. In an effort to bring some level of transparency to these murky waters, Bluebell has launched a ‘One Share ESG Campaign’, whereby the firm buys one share of a company which it believes has questionable environmental or social practices and then attempts to change that behaviour, regardless of the financial outcome. The firms’ first engagement from this initiative is with Belgian chemicals company Solvay; Bluebell wants Solvay to stop discharging its chemical waste directly into the Tyrrhenian Sea.

“We of course feel very strongly that Solvay should change the way it discharges its waste – they should do it in the same way as they do at their other plants, with settling ponds. But there’s another side to this story, which is that there are a lot of long-only funds that hold the stock as part of their ESG funds because Solvay is rated AAA by MSCI. We don’t agree with that and we definitely share some of the scepticism about the way the investment industry talks about ESG relative to what they do,” said Bivona.

Companies which find themselves targeted by Bluebell Capital’s One Share ESG Campaign could eventually turn into a larger position in the fund (long or short), as deemed appropriate as they engage with the company. That’s not where Bluebell Capital’s ESG endeavours end, however. The firm incorporates ESG screening as one of the four pillars of the firm’s idea generation process; the difference is that for the main positions in the fund, ESG is one component of the analysis – alongside the company strategy, their operational setup, and the capital structure of the company - whereas for a One share ESG campaign, it’s the only component.

US equity markets hit an all-time high in February and much of the coverage of public equities revolves around the US, with Tesla seemingly forever in the news and the recent Gamestop short squeeze dominating the news media. The relentless bull run in US equities in the post-GFC era has made it increasingly difficult for active managers to outperform, but in Europe, the story is different. The FTSE100 and FTSE250 are both in drawdowns from all-time highs and European valuations generally are lower than the US. This is all added fuel for Bluebell’s strategy.

The next twelve to 18 months for Taricco and Bivona will be a case of continuing to do what they’re currently doing. Activism, when done correctly, is a process, designed to bring about long-term change. It’s as much a belief system as it is a strategy; one that requires persistence, diligence, and desire.

“There is a huge transformation underway in Europe,” said Taricco. “Traditionally, Europe has been dominated by family capitalists and there are also a lot of companies that were controlled by the state that have been privatised. There are still a lot of conglomerates and still a lot of companies that are not best managed. The mid- to large-cap space in Europe presents an enormous opportunity to generate true alpha.”