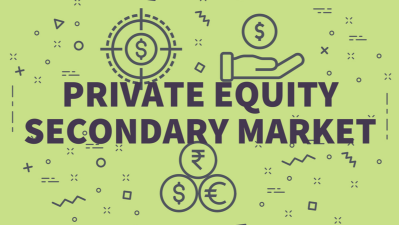 The private equity secondaries market has been on a growth tear post-Global Financial Crisis. According to Preqin’s Secondary Market Update H1 2020, assets under management in this corner of the private markets industry have exploded from $75.6bn in December 2009 to $279.7bn in December 2019. $109bn of that $279.7bn was dry powder, again a record amount.

The lockdowns implemented by governments to combat the spread of Covid-19 - and the ensuing uncertainty in the markets - put a halt to the deployment of that capital in the first half of the year.

“The secondaries market just shut down completely in March,” said David Swanson, a Principal in the New York office of Swiss asset manager Unigestion. “For the next few months, there was essentially no volume while both GPs and LPs were trying to understand their exposures and take action where necessary across their existing assets.”

The past few months has seen action return to the secondaries market. During the Global Financial Crisis, LPs became forced sellers of private markets fund investments due to a scramble for liquidity and banks became forced sellers because of regulatory directions to dispose of on-balance sheet investments into assets like private equity funds. This time, however, it’s different.

“Right now, we’re seeing huge deal flow in terms of GP-led secondaries,” said Hani El Khoury, a Principal in Coller Capital’s London office. “There are plenty of good GPs out there with quality assets that they want to keep for longer, to achieve maximum value on exit. At the same time, these GPs are looking for ways to provide their LPs with liquidity.”

GP-led transactions are a relatively newer component of the secondaries industry, the first transactions taking place in the early to middle years of the last decade. Marc Wursdorfer, Managing Director and Head of EMEA in the London office of UBS’ Private Funds Group, adds that many GPs with portfolio companies negatively affected by the pandemic are also coming to secondaries buyers looking for solutions.

“For a lot of managers, the exit horizon has been pushed back considerably, particularly for those with challenged assets that have been negatively affected by Covid. Many businesses will need some kind of post-Covid run rate to maximise value. For some of these companies this will be 18 months, not just 6 months,” he said.

The lack of LP sellers this time around can be attributed to the sharp rebound in equity markets from the double-digit drawdowns observed in most western economies in March; consequently, there is no need for LPs to engage in a fire sale of their private equity investments to rebalance exposures or to access liquidity. Furthermore, the nature of the current economic environment is different to that of the GFC, which has an impact on the types of deals coming to market.

“The Global Financial Crisis was a financial crisis. There was real distress,” said Swanson. “"You don't have that now, in part because governments accommodated faster and there hasn’t been a liquidity shortfall. Also, there isn't one large class of institutional seller, like we saw with the banks that were carrying PE positions on their balance sheet, during the GFC. There hasn’t been forced sellers this time around.”

There is another reason for the lack of LP-led secondaries deals on offer at the moment.

“Until now, there was a disconnect between pricing in the LP side of the market. The bid-ask spread was too wide; no-one was really a seller until now,” said Wursdorfer.

The stalled nature of the LP-led side of the market won’t last, of course, but the discounts enjoyed by secondaries managers in the deals they completed post-GFC might not return.

“The lack of LP activity is building up for tomorrow,” added Wursdorfer. “We think there is going to be some kind of catch-up. There should be good activity across LP books next year as LPs rethink their exposure to different sectors and regions. That said, if there is still limited supply in Q1 next year you could see stronger pricing.”

Preqin’s Secondary Market Update H1 2020 also throws up some eye-popping fundraising numbers. $44bn has been raised across 11 funds globally in just H1 this year, and the firm estimates the value of dry powder in the secondaries market to be $124.4bn at the time of writing. The amount of money the private markets secondaries industry is holding on the sidelines has often come in for critiscism because of the potential for prices to rise – and therefore returns to fall. El Khoury isn’t fazed, however.

“I think it’s important to look at the pricing alongside dry powder. You’re seeing discounted pricing to NAV for secondaries deals and that’s across the board – buyout, venture, and real estate. We’re going to have more deals to choose from in the next 18 to 24 months. There are a lot of high-quality assets in Europe, similar to the U.S. Asia, whilst not at the same level of maturity, will also provide deal flow. It’s important to take the dry powder numbers into context, not look at them on an absolute basis,” he said.

“I don’t see these numbers as a risk,” he said. “The amount of deal volume coming to market is easily enough to absorb the capital that’s ready to be deployed. Demand for secondaries won’t outstrip supply just yet.”

The effects of Covid-19 have created short-term structural changes in many, if not all, industries. Some of these industries will, provided a vaccine is approved and swiftly distributed, return to something closely resembling what they were before. Others are fundamentally changed forever. Wursdorfer says that the Covid-19 pandemic has provided a catalyst for change in the private markets secondaries industry.

“The secondaries market began as a basic vanilla brokerage business,” said Wursdorfer. “It evolved post-GFC and then again with the advent of GP-led deals a few years ago when we saw peak valuations. Now you have Covid driving today’s activity. We won’t go back to ‘Secondaries 1.0’ or ‘Secondaries 2.0’. Now, we go to Secondaries 3.0. As little as 6-12 months ago, GP led secondaries was a foreign term to some sophisticated PE investors. What we’ll see is further specialisation in the buyers. Money will be raised for purely GP-led transactions. There will be an emergence of specialists in certain niches. Covid will ultimately result in a growth and sophistication of the secondary market.”

Long term growth and evolution aside, in the short term, hurdles are on the horizon which could affect deal volume and the types of deals coming to market.

“If harder lockdowns get imposed then it’ll add to the uncertainty out there and keep both buyers and sellers on the sidelines. If the U.S. election gets contentious, that could also create uncertainty,” said Swanson. “If the pandemic worsens, there might be some groups that see distress. We could see family offices needing to access cash and university endowments - whose students are not on campus because they are delaying enrolment and therefore not paying fees – might also look to the secondary market for liquidity solutions. But it depends completely on what happens in the next few months.”

In Europe, the U.K. Government remains, at the time of writing, at a standoff with its European counterparts with regards to negotiating a Brexit deal. El Khoury says that secondaries deal flow will be affected, whether a deal is reached or not.

“Many businesses today are pan-European and are adjusting their operations to address the new reality, whatever that looks like” he said. “Disruption could potentially mean increased costs of operations and maybe delayed exits, thus a longer hold period for private equity assets. Having said that, we might see interesting deal flow from potential sellers who want to exit certain geographies, as well as more distressed opportunities generally.”

Regardless of the existing, GP-led dominance of secondaries deal flow, and the effects of potentially more stringent lockdowns, the U.S. Presidential election, and Brexit, El Khoury says that, both in the short and long-term, there will be plenty of activity to keep secondaries investors busy.

“In the short term, we have good visibility; with interesting investment opportunities over the next 18 months for many reasons,” he said. “And the long-term fundamentals of the secondaries market are also strong. The tailwinds and dynamics are good for the next ten to twenty years.”