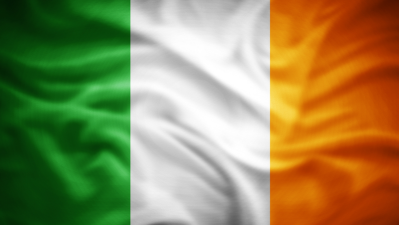 Third-party management companies (ManCos) are taking centre stage in the Irish fund industry, as the popularity of self-managed investment companies (SMICs) wains. The move to ManCos has been driven by a confluence of factors, prompting an increasing amount of asset managers to move away from SMICs.

The trend reflects a fundamental shift in governance and presents an opportunity for asset managers to better align fund structure to an evolving regulatory environment.

While the SMIC has historically been the more popular option for structuring in the Irish asset management industry, growing trends and a fast-changing regulatory environment are motivating the boards of directors and promoters of fund structures to reassess their corporate governance model. Many stakeholders believe now is the right time to make the switch from SMIC to ManCo.

The concept of a separate entity, or ManCo, being appointed to manage the activities of a collective investment scheme, or fund, is universally understood by most industry participants. This is the most common corporate governance model in the funds industry globally, and easy to explain to any investor.

In Ireland, funds had the option of self-managing their activities – i.e. electing to be a SMIC – and many Irish funds chose this for a variety of reasons. The chief motivating factors were flexibility and relatively lower costs. Until recently, these factors outweighed the lack of awareness around the structure.

Now, the separation of the role of director and designated person under the Central Bank of Ireland (CBI) fund management effectiveness framework CP86 is casting doubt over the suitability and sustainability of SMICs. The identity of those who carry out pre-approved controlled functions (PCFs) for fund management companies and the time they propose to devote to the fulfilment of their responsibilities, in respect of those PCFs, must be approved in advance of their appointment by the CBI. Directors and designated persons (DPs) are examples of pre-controlled functions.

Traditionally, for many SMICs, two or more directors of the SMIC also perform(ed) the role of DP. Under the Irish model of fund corporate governance, DPs are responsible for the oversight and monitoring of the performance of the various management functions, as laid out in the UCITS Regulations and AIFMD Rulebook. These are regulatory compliance, operational risk management, fund risk management, investment management, capital and financial management and distribution.

A perfect storm brews for SMICs

There must be at least two DPs for each fund management company, whether SMIC or ManCo. Historically, directors also regularly performed these roles and were colloquially known as ‘designated directors’.

In its guidance issued as part of CP86, the CBI made it clear it considers the roles of director and of DP separate and distinct from each other, with each carrying separate time commitments. In addition, a new role was created – organisational effectiveness – which is to be carried out by one of the directors and entails an additional time commitment.

Related, but separate to the foregoing, the CBI issued detailed guidance on the expectations it has of fund boards and DPs. This guidance was more prescriptive than previous guidance and has had the effect of increasing markedly the time commitments the CBI expects from directors and DPs. This has substantially increased the costs of operating a SMIC, eroding the traditional cost advantage.

Consequently, it may soon become more efficient and desirable to switch from the SMIC to the ManCo structure, as the DPs at a separate ManCo can act for each of the funds to which the ManCo has been appointed, while each SMIC must have two DPs.

This is in addition to the existing benefit for ManCos inherent in the greater familiarity of investors with the ManCo corporate governance model. This means it seems inevitable the ManCo model will be continue to replace the SMIC model in Ireland, and it is unlikely new funds would ever elect to go the SMIC route.

Fortunately, there are time-tested outsource partners that can help manage the transition from SMIC and deliver cost-effective comprehensive project management and structuring services. To stay ahead of the regulatory curve, the window to act is closing.