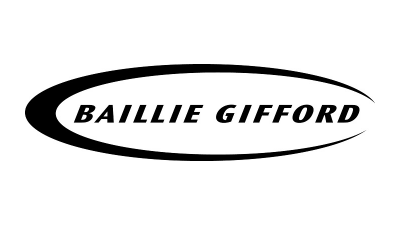 Companies worth trillions of dollars in aggregate are remaining private for much longer and investors need to adjust to this huge shift in capital markets, Robert Natzler investment manager with the Baillie Gifford private companies team argues.

The shift is dramatic. In 2006, the number of unicorns in the private space were in the high single figures accounting for around $10bn in aggregate.

That compares with around 900 such businesses in 2020 with an aggregate value of $2trillion - around the same size as the listed American small & mid cap market.

Baillie Gifford began building its private markets team in 2012. A hunch that capital markets were going to develop in a very different way in the 21st century became a firm conviction.

He said: “We saw founders selling less and less control of their businesses to early-stage venture capitalists. This put them in a better position to push back against the request from their VCs to list on a time schedule determined not by them but by the 10-year limited life of traditional VC vehicles.

“We saw the ‘later for longer’ phenomenon develop as founders with more control kept their businesses private for longer -makers of their own destiny in terms of when they listed.”

However, he said, to participate in this rapid growth, you need to understand what a value-adding offer looks like to these founders because the priorities have changed.

He also addressed what that offer is not.

It is not the ‘operating partner’ value add offered by early-stage VCs and series A, B and C rounds.

It is also not enough to take an equity buyout mentality “playing around with the balance sheet from a board seat”.

He added: “You need to work out what resonates with founders of businesses that are growing fast, where founders have significant ownership, where a lot of the work of building the company has been done and the opportunity they see in front of them remains incredibly large.”

The use of closed-end listed vehicles underpins the approach in this case the Scottish Mortgage Investment Trust and the Schiehallion fund. The firm has also harnessed and indeed grown its reputation as a very long-term investment partner.

He said: “These are vehicles where our clients are ultimately able to buy and sell shares in the open market. We're investing off the balance sheet. We never have to ask our founders to time a funding round to suit our own liquidity needs.”

Of course, the businesses are at a much later stage of life with millions of dollars in revenue. More than half are at cashflow breakeven. The others have “good enough contribution economics so you can see how they're going to get there over time”.

“The last thing in the world the founders want is one more investor sitting on their board and telling them how to run their business. They've built an operation. Now they can finally go after the opportunity and they want their investors to back them as they go about pursuing the big goal over the next eight to 10 years.”

He contrasted this with early-stage VC investors which likely start as strong supporters of the long-term strategic opportunity but can become increasingly risk-averse when they want to protect the investment within their fund or optimise the business for exit.

As at the end of December 2020 Baillie Gifford has invested $5.4bn of client capital into private investments which has resulted in 12 realizations and 23 IPOs. Furthermore, it now has $43bn of capital invested in listed firms which it had first backed when they were private.

The average holding period for the firm is 7 and a half years and for Scottish Mortgage, the main vehicle, it is 13 years.

In addition, there is a no fire wall between the public and private teams, in terms of sharing research but also in managing relationships.

“They get human relationships with the same people who will walk with them through multiple private rounds, as they approach the IPO, at the IPO stage and we'll be with them for years after the IPO,” he said.

He gave the example of Spotify where they are still working with founder Daniel Ek. “That relationship hasn't disappeared just because it's listed.”

The firm also generally receives the vast majority of its allocation – 97 per cent in 2020 - partly because it offers a different relationship with founders.

“The companies we invest in often tell us: “We want you to have a big voice on our cap table. We want an ally, talking to the board and managing the short- term challenges to help us to continue to pursue the vision that you're backing us to pursue”.”

He also discussed deal flow – saying roughly 75 per cent comes from what he described as proprietary channels.

Global payments company Stripe sought out the asset manager as it wanted support for the IPO, but did not want to be dictated to on timing.

In other cases, founders and managers they have worked with previously may make multiple introductions.

He mentioned Jay Flatley, formerly the CEO of Illumina, the world's leading genomic sequencing company, who has made several introductions including to Zymergen, the synthetic biology company.

“We think of this as proprietary because it isn't coming from banks and venture capitalists wanting to get a good valuation for a holding or client. It comes from founders and entrepreneurs who know that we have the potential to be a long-term ally.

This led to a discussion of SPACs. He remained circumspect about SPACs in terms of firm quality, state of readiness and the fees being generated, although it may ultimately bring pressure on investment banks to reduce costs around IPOs.

It illustrates the sort of investment Baillie Gifford is seeking.

“We want to invest in businesses that have already found that initial product market fit and that have operational maturity. But we want to back businesses which plan to be long-term independent franchises, perhaps with a founder, where it is their second or third business. They've got more than enough money with which to buy lunch and are in it now to see what they can build. Those are the people you want to be going into partnership with, because those are the ones who can change the world.”