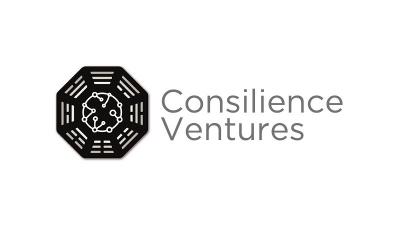 Kevin Monserrat, Founder of Consilience Ventures, thinks that the current venture capital model doesn’t work for either the founder or the investors, and is using blockchain to help both parties become better aligned.

There is, according to Monserrat, a conundrum inherent in venture capital where the VC investors are, to a large extent, funding their own dilution because of the significant amount of time that the founders of their portfolio companies spend on raising money; there are a number of funding rounds that many VC-backed companies go through before making themselves self-sufficient.

“Founders spend around two-thirds of their time raising money, so investors are paying their founders to find more investors. What investors want is to accelerate the growth of their portfolio companies so that they’re paying for growth from sales revenue instead of new investors. Founders spending time raising money means that they are not spending that time bringing customers money into the company” said Monserrat.

Founders of start-up companies are not only spending time raising money when they should be developing their companies, but there are additional issues that arise from the information asymmetry inherent in the capital raising process.

“If I’m a founder, I want a high valuation, and so in order to be strong at negotiating, I need to be strong as a business. If I tell an investor there is a problem that shows weakness and it reduces my chances of getting an investment. Investors want low valuations. Start-ups don’t want to show risk and investors want to mitigate risk. It’s a misalignment that’s hurting the industry” he said.

Monserrat is formerly the Head of Investor and European Ecosystem development at Microsoft Scale Up; he created and maintained the Microsoft For Start-up and Ventures network. At Consilience he has created a network of angel and high net worth investors and uses blockchain to create digital shares for start-up founders which can then be traded either for capital from the investors in the network or time from experts who are members of the network. He believes that access to expertise is as valuable as access to capital.

“If you run a business for 20 years, you’re a senior person, and probably too expensive to work with a start-up”, said Monserrat. “One of the key problems is that founders overestimate the value of capital and underestimate the value of experience. Most likely a VC team is too small to spend time with start-ups; they are not flexible or agile enough to spend time with start-ups and would prefer to invest in a company that can sort out their problems themselves. But it’s hard building a business and you need support from engaged, incentivised people.”

Consilience also believes that the ecosystem model aligns with the ESG movement in finance.

“As a society, we have to grow our economy so that everyone gets a bigger share of a bigger pie, but we also need a sustainable plan for our planet. The complexity of starting a business means that founders are focused on the easy things, which doesn’t necessarily mean that they are aligned with the sustainable development goals. If we can help companies build faster, they will more quickly get to a position where they can be more conscious of these issues.”

Artificial intelligence is weaving its way into many aspects of finance and venture capital is no different. Monserrat plans on using it but not for the start-up selection and review process; that’s a lesson he learned at Microsoft.

Where Consilience will be using AI is to help solve another conundrum in the start-up world; that of founders repeating the mistakes their forebears made.

“Entrepreneurs are always making the same mistakes. We’re always living the same problems and not warehousing them so that the future ones can take a shortcut to success. So, what we’re doing with AI is using it to help identify ways to help companies reach their KPI’s faster. We’re not looking at financial health; we’re looking at their capacity to execute. We want to identify better the maturity of the business and this will help us to match that company with a more appropriate expert or investor who might be interested in that business. We’re using it to accelerate, not select, businesses.”

The venture capital model is decades old and has survived many an economic downturn and technological advancements. Monserrat believes that this time, it’s different, due to the advent of AI and the blockchain.

“The VC model is a gut feel exercise and in science, a gut feel is the last thing you want to rely on. The venture model, on average, is not performing the way it should because the risk is too high and the cost is too high. We know that, for example, based on Harvard Business School data, emerging fund managers of VC are more likely to do better than a manager raising their 5th or 6th fund. Those with a second, third, fourth fund etc aren’t doing better than the public markets. The successful venture funds of the future will be those which share the risks, share the rewards and be more data driven; build better capabilities and focus on adding value and not just putting money in it. The ones that don’t will underperform other models which manage people’s money.” 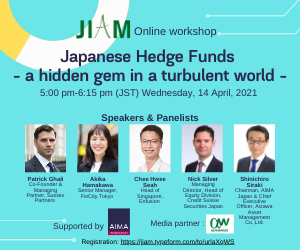