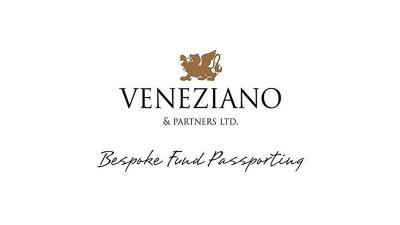 The Negative Consequences Of PRIIPS Regulation

In a recent call for input, the FCA requested feedback to market participants and consumers on the application of PRIIPs regulation. The FCA argues that a more conservative approach adopted by product manufacturers, in light of the mandatory nature of PRIIPS and the penalties for non-compliance, might have had the negative consequence of significant alteration of the behaviour of bond markets and their liquidity.

As a matter of fact, however, the FCA has not been the only industry body expressing concerns over market distortion inherent with PRIIPs implementation. In fact, the recent call for input issued by the FCA comes a few months after another association had raised the issue of distortion of bond markets that would be determined by PRIIPs implementation. In fact, in a letter to the vice-president of the European Commission dated December 2017, the Association for Financial Markets in Europe (AFME) invited the European Commission to consider more carefully the issue, in a joint effort to minimise the risk of such negative outcome for the bond markets, whilst at the same time achieving the goals of PRIIPs regulation to ensure high protection of retail investors in structured financial products at European level.

AFME purports the high likelihood that PRIIPs implementation would significantly reduce the availability of non-structured bonds for retail investors due to the very vague definition of in-scope PRIIPs products.

The consequences of this limitation in number and type of non-structured bonds on the market would impact, at various levels, issuers of those financial instruments, retail investors and bond markets altogether. In fact, on the one hand, issuers would be unable to tap directly into retail markets and have access to retail savings, whilst, on the other, retail savers would only be able to invest into non-structured bonds, for which PRIIPs compliant documentation is produced. In other words, according to AFME, retail investors would lose the ability to have direct exposure to these non-structured bonds and consequently will be able only to purchase either bond funds or structured products - having those bonds as underlying - for which PRIIPs documentation will be produced. Ultimately, retail investors could lose access to bond markets both for new issuances and for the existing ones for which PRIIPs documentation will not be in place after implementation of the regulation. The overall effect of reduction in availability of non-structured bonds would also ultimately conflict both with the aims of PRIIPs regulation itself and also with other initiatives at European level, like the Capital Markets Union. In fact, for instance, if we take the case of retail investors being able to obtain exposure to non-structured bonds either through investment funds or structured products, the effect would be ultimately for them to invest either in a more expensive or riskier products. Also, the fact that bond issuers will face more difficulties in tapping certain markets, which might be closed to them at all should they decide not to produce PRIIPs compliant documentation, clearly conflicts with the aims of the Capital Markets Union to create more avenues for financing for issuers and investment options for retail investors.

The issue with the scope of PRIIPs

Both AFME and the FCA share the view that PRIIPs regulation is vague as far as the definition of in scope products is concerned.

The PRIIPs definition is applicable to two sets of different products:

a) the Packaged Retail Investment Product, which is any product, irrespective of the legal form, where the repayment can fluctuate due to its linkage to reference values or performance of underlying assets, not directly purchased by the retail investor; as well as

Also, whilst the regulation, on the one hand, excludes clearly certain products from its application, on the other, provides for a very wide definition of PRIIPs and further mandates that the assessment of in scope products is carried out both by product manufacturers and entities in charge of sale and distribution. Accordingly, some market participants took a more conservative approach and decided not to offer to retail investors certain investment products. This is the root cause of the effects mentioned above on the behaviour of bond markets and will mainly impact issuance of callable bonds or bonds with a make-whole provision, which in turn make part of the majority of the plain vanilla financial products on the market. Also, the cost for PRIIPs compliance and the relation between issuers and distributors plays a pivotal part in this issue. In fact, some issuers of these financial products decided not embark into the venture of producing PRIIPs compliant documentation and bear the related costs and also took the view that it was not the most appropriate approach to have distributors instead producing the documentation on their behalf.

And whilst some local regulatory authorities were able to create an indicative list of products to be considered falling in scope for PRIIPs purposes, the guidelines issued by the European Commission on PRIIPs implementation still refer to very general parameters, like contractual terms and economic characteristics of any financial products, for the assessment of the in-scope products for PRIIPs applicability.

The FCA call for input was closed at the end of September 2018. The fact that PRIIPs wasn’t going to have an easy life became apparent already in 2016, when the draft version of the regulatory technical standards was rejected by the Economic Committee of the European Parliament.

However, we cannot deny that the concern expressed from AFME first and FCA after are very valid.

Whilst one may think that its gestational phase was sufficiently long and articulated, we take the view that on the basis of feedback received after the first year of its implementation, it should be possible for European authorities to address the issue of the scope of the regulation swiftly. The bond markets need more certainty around the liquidity issue, and, for constituents of that market, resolution can’t come quick enough.