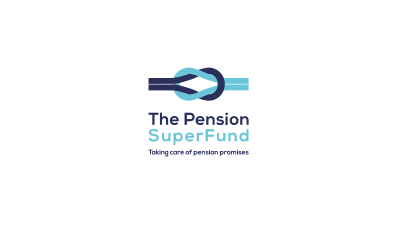 In June, the U.K. pensions regulator issued guidance for those firms wanting to launch a pension superfund, an entity designed to pool multiple defined benefit pensions into one larger pot. The guidance is just that; currently, the U.K does not currently have an approved legal framework for a pension superfund to operate.

The Pension SuperFund, one of the organisations bidding to operate a pension superfund when the U.K government creates a formal regulatory framework, has been busy preparing for the green light. James Pearce recently joined as CFO and its asset and liability management committee, announced in August, includes the likes of Aberdeen Standard Chairman Martin Gilbert and £43bn Border to Coast U.K local authority pension chief Chris Hitchen. Much of the PSF’s activity at present centres around engaging with British companies with a view to absorbing their pension scheme’s assets and liabilities when the floodgates do open, but as far as portfolio construction is concerned, the plan is largely agreed.

The PSF will, as a general rule, allocate approximately 80% of its assets on a liability-driven investment basis; low-risk investments, with hedging of interest rates and inflation risk. The remaining 20% will be allocated to return-seeking assets.

“We’ll be seeking long term returns that have characteristics that match the liability profile of the fund,” said Webster. “Private equity is one asset class that offers that. In the early stages of our allocation program, everything will be outsourced to third party managers whilst we build towards scale.”

The scale to which Webster refers is a level at which the PSF will be able to build an in-house private markets capability. Webster won’t be ditching his PE managers when the PSF’s assets get large enough to build an in-house program, however; like many large pension funds in other countries who have a direct investing arm, the PSF will maintain allocations to third party managers.

“Eventually, we’ll have a mix of internal and external capability. We won’t be wedded to one or the other; we want to be able to access as broad of a range of opportunities as possible,” Webster said.

The PSF is working with a strategic partner in the private equity industry – Webster wouldn’t name the firm – which will help the PSF manage its overall private markets portfolio and consolidate legacy allocations that it absorbs as it onboards new pension funds. The PSF won’t have a specific geographic or industry bias towards its private markets allocations – Webster says that it will simply look towards the best opportunities, wherever they may be. That’s not the same as Webster’s plan for infrastructure, however. Whilst initially, the PSF’s infrastructure program will look similar to the private equity one – in the sense that it will be managing absorbed allocations to infrastructure funds and investments – in the longer term, it will be looking towards UK-specific opportunities.

What about other ‘alternative’ investment opportunities? Should hedge fund managers start to think about knocking on Webster’s door to pitch for an allocation? No.

“Our trustees not in favour of that part of the market,” said Webster. “Ultimately, as we do have a long-term perspective, we need to be looking at investment opportunities with a return profile which aligns with our liabilities.”

Private equity managers licking their lips at the prospect of gaining an allocation from the PSF need to reign in their excitement, however. One thing that Webster will be focusing on heavily when he and his colleagues begin to deploy their capital is ESG and in particular climate change which he believes to the greatest single risk to any portfolio with a multi-decade return objective. Specifically, the PSF team will look at how compliant a manager is at both the firm and the fund level.

“The private equity industry continues to get better at incorporating ESG factors into their investments but it’s critical for private equity managers to understand that our fiduciary duty to our members means that we will be analysing closely how a manager incorporates ESG into not only the investment process but also the operational changes they make to their portfolio companies. It’s not enough to just tick the ESG box at the start of the process. They need to walk the talk here for the lifecycle of their funds,” he said.

Pooling many defined benefit pension funds into one large pool of assets and liabilities means that superfunds can diversify away idiosyncratic risk and get access to larger opportunities due to their size. Cash flows become more predictable due to the size factor as well. Webster says that these benefits add value to the overall portfolio whilst reducing risk. Factoring in the roughly 80% allocation to liability driven investments, despite Webster’s buy-in to the ability of private markets investments to generate high returns, the PSF won’t be rushing into deploying capital to these opportunities.

“Obtaining outperformance is secondary to security of the fund,” he said. “Our overriding objective is not to lose money. We don’t have a burning need to throw money at private equity or infrastructure opportunities when we open the doors; we don’t have hard and fast targets. The key thing for us is to shore up the existing private markets portfolio and go from there. As and when attractive opportunities arise, we’ll deploy the capital.”