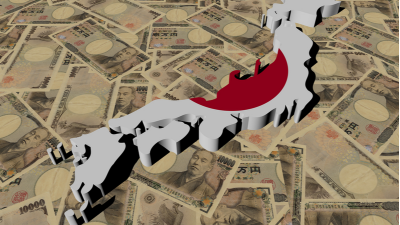 The Return Of Godzilla For Japan

Japan used to be an unattractive market for global equity investors because the country’s economy was stagnant; labour productivity and return on investment were low for decades. But demographic changes – specifically, Japan’s ageing population - have begun to exert major pressures on the country, creating what we argue is a “Godzilla” moment for Japan, where the mythological monster wakes up and wreaks havoc. And these pressures are now being accelerated by the Covid-19 pandemic.

As an investor that has consistently focused on capturing change among neglected sources of return, we believe Japanese equity markets are currently extremely attractive for international investors. Indeed, we think Japan is now in a similar situation to that of the United States and Great Britain during the 1980s, when those countries went through rapid social and economic change under the leadership of Ronald Reagan and Margaret Thatcher.

Demographics are bringing about significant change to Japanese society and its economy because there is a growing shortage of workers. This is resulting in two things: first, the end of Japan’s old-fashioned management style, represented by lifetime employment and its seniority system, and second, the need to make IT and automation investments, which are currently lagging far behind other industrialised countries, such as the United States.

The Covid-19 crisis underlined management and IT as key weaknesses of Japan’s society and economy. A large number of companies were not ready for working from home because their management style didn’t translate well to remote working and their IT systems were not sophisticated enough to support remote working. A lot of manual work - which relied on a young and low-paid workforce - couldn’t be executed without going to the office. The Japanese government offered a subsidy programme, but this was not implemented effectively.

Two other key issues emerged during the Covid-19 crisis in Japan, both of which have a strong impact on the mindset of Japanese corporate management. Firstly, there are on-going changes to shareholder structures.  It used to be that the banks were the major shareholders in Japanese companies; they were quiet shareholders, who did not like taking risks. Now, it is increasingly pension funds and institutional investors who are the main shareholders, and they are emphasising growth and returns on investments, which is forcing a change in the approach of Japanese management from a more conservative stance to a more growth and return-oriented one.

ESG considerations have also emerged in Japan during the last year. The pandemic highlighted that people’s lives are short, and that resources are limited. There has been a general awakening in Japan that the world’s resources don’t belong only to this generation, but also to subsequent ones. As a consequence, there has been greater focus on global greenhouse gas emissions targets. Japan Inc. had already started working on reducing waste in terms of cost as well as assets simply to deal with aging demographics and labour shortages; now the concept that companies must achieve a strong return on capital in order to be a good ESG player has also become popular.

With the vaccination process accelerating in the world, we expect to see a strong and sharp recovery of the global economy which will benefit Japan. We especially like the combination of high savings rates, low inventory and suppressed capex (on a macro basis) that the Japanese economy exhibits. In terms of the micro outlook, important factors are the lower breakeven cost structures of restructured companies and an improving competitive environment with decreasing number of competitors in the market. Tightening environmental regulation in certain countries such as China and  India is also forcing the retreat of certain players from the industry and contributing to enhanced outlooks of individual industries.  Since the start of the US – China trade war, general corporate activities have been side-lined and spending and consumption was stopped with Covid-19.   The consequence is that there is a lot of “dry powder” around the world.

Equity market investors sometimes talk about “sector rotation”. We expect the rotation of “investment opportunities” will be observed in 2021. The winners in 2020 were the beneficiaries of Covid-19. We expect to see the winners in 2021 coming from other kinds of businesses. Still, the beneficiaries from the normalisation of economic activities are not fully pricing in the recovery as the Japanese equity market continues to be polarised between the winners of 2020 and the rest. The financial market seems to be debating whether they should buy logic or emotion/momentum in dealing with such a novel phenomenon as Covid-19.

We currently think that the best risk/return profiles are found among laggards not pricing in normalisation. Once the global economic recovery picks up steam and perception catches up with reality, the value of these firms should rise significantly.  We think this situation offers opportunities for stock pickers in the Japanese equity market. As an investor who tries to capture changes as a source of return among less crowded stocks, we are excited by the opportunities in Japanese equities over the next decade. Godzilla – at least, the financial version – has awoken.