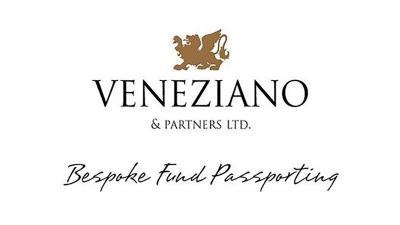 The Role Of The Chilean CCR In Private Equity

The regulation marks an important change in respect of the previous regime, whereby Chilean pension funds were allowed to invest in private equity exclusively via local feeder funds. The heavy regulatory burden imposed on local feeder structures, requiring both registration with local regulatory authority as well as management by investment managers registered locally, made access to foreign private equity investments for Chilean pension funds difficult. Whilst the new regulation hasn’t eliminated these types of indirect investment structures, which may retain some tax advantages, the changes made to the legal framework are welcome and will pave the way for further blossoming of the market of alternatives investments in Chile.

This article aims to describe the role that the Commission Clasificadora de Riesgo plays both in the recognition of funds as well as in the new regime for recognition of foreign General Partners.

The Commision Clasificadora de Riesgo (CCR) was founded in 1985 as a consequence of a first major reform of the pension system in Chile. The role assigned to it is by and large related to the approval of shares and other instruments, both domestic and foreign, including alternative assets, as well as the establishment of appropriate procedures for the approval of such shares and instruments. In practical terms, the CCR operates as a rating institution rather than a regulatory authority and its approval to a particular instrument or manager is a prerequisite of eligibility for investment by local pension funds along with any other requirement on eligibility provided for by local applicable pension law.  Approval of instruments by CCR does not equate to an authorisation to offer the same to the public in Chile, which follows the local laws on securities market both for public and private offer.

As part of the reform recently introduced with the regulation of November 2017, the CCR plays a pivotal role also in the recognition process of foreign general partners, whose overseas alternative strategies are investable by local pension funds. Before the reform of 2017, the CCR was already in charge of approving domestic and foreign investment funds or other financial instruments.

Chilean pension funds have always had appetite for overseas investment funds and European UCITS funds are a valid example. The recognition process with the CCR and the respective requirements are governed by the so-called Agreement n.32. The approval process is partially digital, evidence based and imposes strict requirements on both the holding/management company and their funds. The risk rating of the respective countries where these are incorporated is also relevant in the decision-making process.

During the phase of the initial recognition, the management company of the funds will have to produce, amongst other things, a comfort letter by one of the local pension funds in support of the recognition as well as committing in writing to keep the CCR duly and constantly abreast of any changes in the lifecycle of the holding/management company and the funds (from document changes to more material changes) for as long as the funds intend to maintain such recognition. It is of paramount importance that negotiation with Chilean pension funds are initiated ahead of time and that a comfort letter is in place for the funds to be recognised well in advance of commencing the process of recognition with the CCR. A standard form is used for the application and that can be drafted either in English or in Spanish. Management companies are required, amongst other things, to identify the characteristics of a) the management company and its holding company; b) the applicable institutional and regulatory framework; c) the policies and features of the specific funds seeking recognition; d) the liquidity of the shares/units of the funds and the existence of additional factors. The policies of the funds will be evaluated and approved by the CCR on the basis of the prospectus, articles of incorporation or any other official document related to the funds, which will have to specify policies with regards to borrowing, pledge of assets and the use of derivative instruments.

The market of Chilean pension funds has very high thresholds and only fund managers with certain requisites in terms of size, expertise and assets under management are typically allowed to apply for recognition with the CCR. The management company and its holding company shall have, for instance, at least US$10billion in assets under management and at least five complete years of operation in managing such kind of investments. The funds to be approved will also have at least net assets for a minimum amount equivalent to US$100 million.

By virtue of the above-mentioned reform, the CCR is now in charge also of approving foreign general partners. A few of the considerations made above with regards to the approval process of mutual funds do apply also in the case of the approval of foreign general partners. Accordingly, the process is partially digital and evidence based and requires the same comfort letter from a local pension fund as well as a commitment to keep the CCR abreast of any changes in the life-cycle of the general partner.