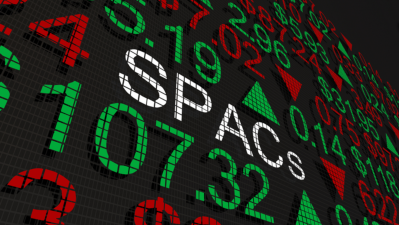 There are currently 387 US Special Purpose Acquisition Companies (“SPACs”) in the market looking for an acquisition target, according to SPAC Research (as of 9 March 2021); collectively, these blank-cheque firms have raised $123.15bn in trust. That money needs to find a home in the next 12-24 months, and private equity and venture capital fund managers - and their portfolio company management - want to cash in.

For private companies and their investors looking at being acquired by a SPAC, the considerations are numerous, according to a recent webinar produced by advisory firm Deloitte; the first thing that they need to know is the blistering nature of the process when all parties give the green light to proceed.

“The de-SPAC process generally takes between three to six months, which is very tight,” said Melanie Spurway, a Partner in Deloitte’s Global Capital Markets Group in London. “And there are additional steps that aren’t present in the traditional IPO route. The SPAC transaction process is demanding.”

The SPAC IPO market is heavily concentrated in the United States, so most private companies looking to exit via a SPAC will end up being listed in the USA. An acquisition by a US SPAC could require the target to provide up to three years of historical financial information audited under the SEC’s Public Company Accounting Oversight Board standards. Before the acquisition is confirmed, company management will be pulled in many different directions including preparing and facilitating the audit required under US standards. Given the compressed timeframe, Spurway says that getting ahead of this is critical.

“It’s often difficult to manage the day to day running of the business while also going through the SPAC combination process, so additional resources may be necessary. It takes time to upskill and recruit the right resources so early planning will enable a smoother process and transition to being a public company. It’s important for company management and investors to consider their team’s experience with public company reporting and complex accounting. These skills are key for both the transaction and on an ongoing basis as a U.S.-listed business,” she said.

“Most SPACs are US corporates, so when a private company is acquired via a SPAC, the group often ends up being headed by a US holding company. This could result in all of the group’s operations - not just those in the US - being subject to US tax. In addition, there could be a number of US tax filing requirements,” said Mike Thorne, a Partner at Deloitte LLP.

Tax and regulatory concerns aside, getting the valuation right is key. Benjamin Vedrenne-Cloquet, a Partner at London-based investment boutique IBIS Capital and Co-Founder of EdtechX Holdings, a repeat SPAC issuer with two SPACS that IPO’d in October 2018 and December 2020, says there are risks to both the SPAC sponsor and the private company.

“Investors in the SPAC have the opportunity to redeem their capital. If you as the entrepreneur push for a crazy valuation, that’s a red flag to the SPAC, because ultimately the valuation needs to be endorsed by the market,” he said.

Nonetheless, there are plenty of benefits to companies going public via a SPAC combination.

The SPAC phenomenon is set to continue – many industry commentators believe that it’s here to stay this time (SPAC activity grew in parallel with the upswing in equity markets prior to the GFC and then fell away significantly). Indeed, interest is not just coming from the US.

“We think that the recent increased SPAC activity will continue. There is a lot of interest from European sponsors to list SPACs in the US and we’re seeing different profiles of sponsors launching SPACs. We also feel that the quality of the companies coming to market via SPACs will also continue to improve,” said Adam Kostyal, Senior Vice President and Head of European Listings at NASDAQ.

Despite the regulatory and tax considerations, those PE and VC fund managers seriously looking at SPACs as a future home for their portfolio companies will find numerous positives to exiting via this route. Proponents of the option say that speed to market, the ability to bypass later investment rounds (which would dilute the equity stake of the existing investors), lower risk - in the sense that the company is negotiating with only one entity (the SPAC sponsor) to raise capital as opposed to many, many institutional investors – there’s no roadshow and there is less PR risk (announcing an IPO, only to receive little interest, doesn’t look good). Still, those intent on grabbing some of that SPAC money shouldn’t think that the SPAC route is the easy route.

“The responsibilities that come with being a listed company are still there,” said Adam Kostyal, Senior Vice President and Head of European Listings at NASDAQ. “A SPAC is not a shortcut to avoid requirements of the public markets.”