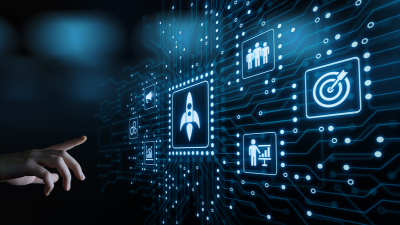 Shareholders in private companies – whether they be large fund managers or individual investors – wishing to liquidate their holdings have traditionally relied on their network or their own proactivity to source a buyer. In recent years, however, technology platforms have come to market which act as an intermediary, similar to how a market maker does in the public equity realm, helping these investors to sell – and buy – stakes in private companies.

A concurrent trend is the significant rise in the amount of data available on private companies, and these two themes are merging to enable a ‘systematic’ approach to investing in private growth equity opportunities. Ziad Makkawi, Founder and CEO at VC investment firm EQUIAM, which employs a systematic approach to portfolio company selection, says that the logic of adopting data-driven screening in private growth investing mirrors the beliefs held by the systematic crowd in public markets.

“We’re trying to get the ‘gut feeling’ and other unquantifiable screens removed from the process of investing in late-stage private tech companies,” he said. “You need to look at these companies through the numbers. If the company management can’t deliver acceptable numbers, I don’t need to look in the whites of their eyes and get that ‘feel’ for if I believe they can deliver. We won’t invest because it won’t get past our model. It’s that simple.”

Leaving humans to make investment decisions is a concept so anathema to the systematic investment management set in public markets that the merest suggestion of it can lead to howls of derision. In private markets, however, there is a significant lack of data compared to that available in public markets, which would hinder a quantitatively-driven process from being able to arrive at a believable decision. It’s something which Makkawi acknowledges but adds that it’s important for investors to understand the differences in the various stages of private company capital raising as they consider whether to look at systematic exposure to these opportunities.

“In early-stage investing – seed, and even series A – then yes, you do need to sit down with founders because that company will have hardly any history, hardly any data that you can import into a model and make reliable decisions. But for growth and later stage investing, we think that a systematic approach makes sense. These firms will have done VC rounds already, and there will be a history of data which can be imported into a model. Some VCs claim to their investors that they can come in and add value to a company that’s already at a $5-10bn valuation – that train has left the station,” he said.

The technology platforms that perform the function of a direct secondary market in private capital circles enable the deal flow that powers this growing subset of the venture and growth equity industry. It’s not only creating opportunities for buyers, however; it’s enabling an exit if a company begins to underperform.

“If a portfolio company is struggling, a traditional VC will probably try and stick around, spending more resources on a failing business,” Makkawi said. “But if one of our portfolio companies falls out of our top 30 companies, we can exit the same way that we entered, through the direct secondary market. That helps enormously with mitigating downside risk.”

A common challenge for investors in venture capital and growth equity circles is getting access to the best performing managers. Dispersion in performance between the top and bottom quartiles is high, and plenty of data exists to suggest that the average venture capital fund just doesn’t deliver. Makkawi says that the emerging systematic approach can solve for this challenge.

“This type of investing is riding the data availability trend. The data on private companies that we have today is ten times what we had just five years ago, and five years ago, it was 100 times what it was five years before that. It’s looking at the same problem – making money in growth investing – through a different lens,” he said. “It’s a highly differentiated strategy that, done properly, helps mitigate the risk of a blow-up – or many blow-ups – by removing the emotional influence of a decision, which in turn means better returns for investors.”