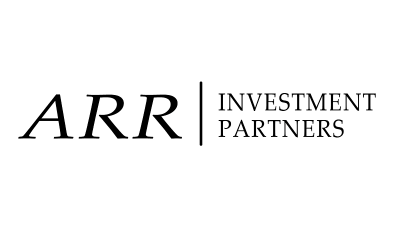 The lockdowns imposed by governments around the world have prompted a surge in new online stock trading accounts opened by retail investors. Whilst some just need something to do, others, no doubt, think they are the next great hedge fund manager. Whilst there is much debate on ‘FinTwit’ – Twitter’s community for finance-types – about the current implications of the activities of retail investors in the markets, and the risks they are taking, what’s certainly true is that everyone has to start somewhere. In 1997, 17-year old Christian Putz began investing his own savings, realising a 1,500% gain in Qualcomm. That trade became the catalyst for a career in finance for the now founder and CIO of London-based investment manager ARR Investment Partners.

Putz graduated from University of Innsbruck in 2006 and started working at Man Group’s Pfäffikon, Switzerland office in their analyst program, rotating around different departments including Man’s FoHF division RMF. Putz ended up in the firm’s Pemba Credit Advisors division, which Man closed in the middle of the global financial crisis; most of the team, including Putz, were laid off. Despite the disappointment, Putz says that the entire Man experience was overwhelmingly positive.

“It was a great experience because at RMF you had access to top managers and learn from them how they manage risk. Understanding the credit markets has been a huge help to me as an equity investor,” he said.

While at Man Group, Putz developed an interest in emerging markets, and moved to Moscow in 2009, despite not knowing any Russian, and got a job as an analyst at Moscow-based hedge fund Kazimir Partners where he learned the tricks of the trade of the Russian markets before leaving at the end of 2015 and moving to London to set up ARR Investment Partners.

ARR trades global equities via a long/short strategy in managed accounts for its investors, targeting double digit returns with peak-trough drawdowns of less than 10%. ARR’s process begins with a quantitative screen which crawls through more than 3,000 stocks, different sectors and global markets. Then, when various boxes are ticked, Putz and his team undertake fundamental research of the company, sector or market to assess the opportunity and the risk/return ratio, which needs to be better than 1:2.5 in order to be considered for investment. A recent example is the German real estate company Vonovia.

“I decide whether we are in risk-on or risk-off and look at different uncorrelated sectors like real estate, oil & gas and gold miners, for example. I look at these and think about ‘in this environment, is this a good risk/return or not?’ In the recent crash, residential real estate equities in Germany came down massively. There was a big decrease in price due to general market panic. But people were still paying rent because the social system supported them. The risk the rent is not paid is relatively low. Also, due to the crisis interest rates will stay low for longer which supports the real estate market. There’s good upside here.”

The quantitative screen identifies both longs and shorts, and the latter is where Putz believes that he has an edge. During his time in Russia, he experienced x market downturns and a general pullback in the Russian equity market of around 70%.

“When I lived in Moscow, I had 5 years to learn how to make money on the short side. From 2011 till the beginning of 2016, there were 7 times that the market crashed by more than 20%,” he said. “But shorting is extremely difficult. Most underestimate how difficult it is to short. That sets me apart from others who have largely managed money in a bull market.” The recent return of +19% in March 2020 underlines this skill set.

Stop-losses manage the downside risk and position sizing depends on the risk reward ratio, liquidity and level of conviction that Putz and his team have in the trade. The higher the conviction, the higher the position size, which can be a maximum of 20% of the portfolio. Leverage is only used when the downside risk of the portfolio can be kept to below 10%, meaning that ARR has been able to keep net exposure to an average of 40% since inception.

Whilst Putz describes himself and his firm as a discretionary investor, he is one of a growing band of discretionary investment managers which employ a ‘quantamental’ approach to idea generation, portfolio analysis and trade decisions. PARIS - the firm’s proprietary portfolio and risk management system - employs, among others, technical analysis to understand whether a market is overbought or undersold, and they are building a machine learning-based library containing decision tree and clustering analysis which provides an unbiased second opinion on their view of  stocks, sectors and markets. PARIS’ ‘Live Monitor’ component shows, in real time, current exposure levels, recent corporate events and risk measures, factor exposures, and each stock’s contribution to portfolio risk.

“We want to quantify and automate as much as possible,” says Putz. “I’m quite good at understanding whether the risk return is good or not but it’s additive to our investment strategy to have my view reinforced by an unbiased machine.”

Conventional investing wisdom is that one must take more risk in order to realise greater returns; Putz doesn’t entirely agree. Instead, he offers his own view of how hedge funds should be analysing their investments.

“People always say that the more return, the more risk, but really, when you look at how great investors invest, there’s always good upside with little risk. We focus on opportunities where risk is limited, and we only invest where there is significant upside. The hedge fund industry is not getting paid fees not to take risk, but our job is to take risk when the risk return opportunity is strong. Most investors don’t generate the best returns long term by having the most outstanding ideas, but by avoiding the mistakes, and that’s what we do.”