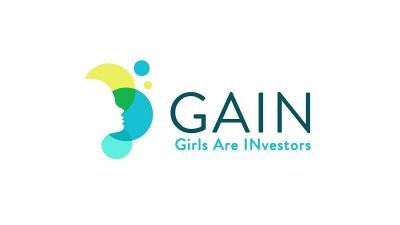 Much has been written about the lack of women in the investment management industry, both in senior roles and in the industry generally. The investing industry is trying to evolve – initiatives abound which aim to highlight the achievements of women in the industry and the firms that are doing their bit to advance the gender-balancing cause – but there is still much to be done.

London-based charity GAIN – an acronym for Girls Are INvestors - launched last October to try and address the root causes of why the disparities exist in the first place, which, according to co-founder Caroline Hultman, begins with the lack of women entering the industry when they have finished their undergraduate degree.

“I’ve spent time doing graduate recruitment and I’ve seen first-hand that many young women seem to have just ruled out going into the investment management industry. As an example, they’re hardly present at finance-related careers fairs,” she said. “It’s understandable, however, because there is a lack of role models – if you can’t see someone you can relate to, it’s hard to go down that path.”

GAIN is the brainchild of Tilly Franklin, the CIO of the £7bn Cambridge University endowment. Franklin previously worked with Hultman at Alta Advisers, a London-based family office.

“Tilly was at another charity dinner hosted by Level 20 (an organisation which aims to improve gender diversity in the European private equity industry) and someone did a presentation which showed stats on career progression. It became clear to Tilly that something needed to be done early on in order to maximise the chances of more women reaching a senior level,” said Hultman.

To that end, GAIN organises talks at universities and high schools to educate women (and, in the case of high schools, all genders) on the opportunities that a career in the investment management industry offers. Members of GAIN’s network volunteer their time and go to the school or university to deliver the talks and they use companies that are relatable to many young people, like Apple or Facebook, to provide real-world examples of how investing works. GAIN volunteers are also tasked with dispelling some pre-conceived perceptions of the investing industry.

“We see girls being sceptical due to a number of commonly held misconceptions. They often think investing is investment banking and all about spreadsheets when of course that’s not the case. We try to explain that the industry is much more diverse than that, with many different roles. Also, some people think that the investing industry is just about making rich people richer. We tackle that by helping them to understand that many investment jobs support good causes. Impact investing is an obvious route if contributing to society is your main aim, but more traditional investment firms also support good causes - pension funds support people’s retirement and university endowments support teaching.,” said Hultman.

Tanya Tracey, GAIN’s Programme Director, joined in April this year in the early stages of the U.K’s Covid-19 enforced lockdown and is responsible, amongst other things, for GAIN’s university and schools outreach program. She says that the feedback so far has been overwhelmingly encouraging.

“The level of enthusiasm for what we’re doing has been surprising, in a very positive way. We’re getting feedback from people who have attended a talk saying that they knew next to nothing about investing and they learned a lot from a talk they attended. Many are now looking to learn more about investing before they make their career choices,” she said.

Tracey is currently expanding the organisation’s network amongst universities and recruiting students as GAIN ambassadors; their role is to spread the word to their own network and help recruit people to attend the talks. Each ambassador has a direct line to a volunteer and serves for a full academic year. When an ambassador graduates, they help select their replacement to ensure continuity between GAIN and the university. Earlier in the year, GAIN had ambassadors in only 3 universities, and now they have a presence in more than 20.

The Covid-19 pandemic and ensuing lockdowns have forced many charities to pivot from in-person to digital events for either fundraising or engagement purposes, and GAIN is no different. The forced change of strategy has been a boon for GAIN, however.

“We’d never done a virtual talk before Covid hit,” said Hultman. “We pivoted our entire program to be delivered digitally, and interest and therefore traction has been much higher than anticipated. The hurdle for our volunteers has been lowered because they don’t have to travel or take time off to deliver their talk. In hindsight, what was forced on us has accelerated our evolution. We’re excited about the digital world and how we can utilise it.”

Career education initiatives in schools and universities often don’t touch on investing, and GAIN also faces competition from other initiatives for the attention of students. STEM (science, technology, engineering, and mathematics) subjects, for example, have a much higher profile amongst students thanks to initiatives supported by, amongst others, the U.K. government. In its first year, however, GAIN has already reached 3,500 students and has a goal to increase that to 5,000 in year 2 and then 10,000 each year after that. Other goals for its second year – GAIN turns 1 in October – include expanding its corporate partner network and engaging with companies in the industry on a deeper level to help them better diversify their talent pool.

GAIN’s ultimate target is to see female participation in the investing industry reach 50% (from the current 20%) in the next 10 years. For Hultman, ultimately, she simply wants young women to have the life opportunities that a career in investing has given her.

“I’ve been in the investing industry a while now and I’ve had the opportunity to meet and work with some extraordinary people, travel the world and at the same time support great charitable causes,” she said. “Investing is an interesting and rewarding career, but there is so much more to it than the day job, and that’s what we want to communicate to as many young women as possible so that we can help address the gender imbalance in the industry.”