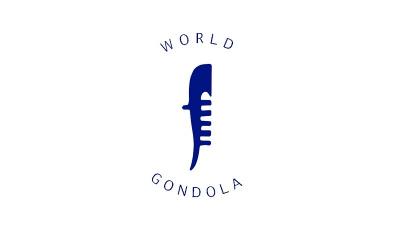 Will The AIFMD Review Reinvent The National Private Placement Regime?

Despite a significant delay, given that the initial completion date was set for 2017, the legislative process for the AIFMD review seems to have gathered momentum since mid-2020. In fact, the EU Commission recently launched a survey to kickstart officially the AIFMD review process and start the feedback gathering  process from stakeholders at various levels on whether and how to improve some of the main areas of operation of the AIFMD.

Will marketing be the same under the second version of the AIFMD or will it be made easier? Will marketing for non-EU AIFMs be more challenging under the revised AIFMD? And, most importantly, what role ESG will play in the AIFMD ecosystem? Those are just a few of the questions that come from analysing the ambitious survey consultation of the EU Commission on the AIFMD review.

The survey of the EU Commission on the AIFMD review is articulated in six main areas, spanning from general functioning of the directive all the way to ESG and sustainability, passing through investor protection and international issues.

AIFMD Marketing Passport and the Issue of Sub-Threshold AIFs

One of the issues raised in the survey, which concerns the so-called general functioning of the directive, relates to the marketing of funds under the passport. The EU Commission wants feedback on the functioning of the passport so far and especially whether and how its functioning could be improved. On this particular point, the EU Commission did issue a report on the operation of the AIFMD immediately before this survey; in this report, the issue of the marketing passport was raised and the gold-plating measures applied at local level by some of the EU member states identified as one of the main hurdles to a more efficient passport mechanism.

Whilst we agree that gold-plating at local level might be an issue, we take the view that there is little that can be done simply within the AIFMD ecosystem. And even though the AIFMD itself made an important contribution - with the introduction of a definition of marketing - the fact that we are dealing with a directive on the one hand, and the lack of a more homogeneous EU level regulation on marketing on the other, makes this task even more cumbersome. Marketing remains a local law affair and more homogeneous marketing practices at EU level, in our view, can be achieved only through a more general EU regulation on marketing itself.

Interestingly, within the same context of the marketing passport, the survey of the EU Commission also touches upon the issue of sub-thresholds AIFMs. On the one hand, the survey raises the question whether the thresholds indicated under the current version of AIFMD are appropriate or could be revised. On the other, the survey contains a rather rhetorical question as to whether the lack of a passport for sub-threshold AIFMs actually impedes access to capital for those AIFMs.

In the current environment, it has proven extremely challenging for sub-threshold AIFMs to be able to raise capital. In fact, the only avenue available for those managers has been the AIFMD national private placement regime. This said, additional restrictions have been imposed to sub-threshold managers given that in some member states rules on AIFMD national private placement regime are not currently available to those managers, making access to investors impossible.

National Private Placement Regime and the Issue of International Relations

The survey is also used by the EU Commission as an opportunity to take stock of the functioning of the AIFMD national private placement regime after the first ten years of its operation. The EU Commission looks at the AIFMD national private placement regime rules within the context of International Relations and from the perspective of both EU investors and non-EU AIFMs. We welcome this approach. In fact, Europe was never meant to be closed to international business and the aim of the AIFMD was to ensure that this continued to be the case, even when more rules on the conduct of the business of managing alternative investment funds were to be introduced. In fact, the very conservative approach adopted by some EU domiciles, resulting in AIFMD national private placement rules existing only on paper, whilst being impossible to implement in real life, should be considered as an exception to the rule. Also, there are inevitable downsides in closing EU borders to investments in the more innovative alternative strategies hosted outside of Europe. The lack or reduced competition between EU and non-EU AIFMs creates a market for more expensive and less innovative local products, to the detriment of investors.

Going back to the survey, we can’t really see any significant input from the EU Commission on ways to improve the AIFMD national private placement regime; indeed, the EU Commission does not propose a solution at all. Rather, it poses a mere open-ended question as to whether there are ways to reduce the uneven level playing field between EU and non-EU managers. And this passive approach by the EU Commission on the subject raises a flag - especially for non-EU AIFMs - that, in some other aspects of the International Relations section of the paper, the EU Commission is more proactive, especially when it comes to delegation.

In fact, the EU Commission uses the survey as a tool to gauge the possibility that in the AIFMD review, the existing rules on delegation will be complemented by the suggestions in the ESMA letter to the EU Commission. Here, the EU Commission goes into fine detail, looking at how existing rules should be complemented and seeking feedback on each of the individual measures proposed. Also, it is with regards to delegation that the AIFMD review survey deviates significantly from its purpose of being a review of the AIFMD in the sense that it introduces harmonisation measures of the UCITS directive and the AIFMD regime. Whilst we believe that harmonisation of the AIFMD and UCITS directive is necessary, we question whether a separate initiative would have been more effective to tackle this issue.

The EU Commission is also seeking feedback on the role that Alternative Investment Funds and their managers will play within the context of the Sustainable Finance revolution. The survey on the AIFMD review has a dedicated section on ESG and how non-financial materiality should be taken into account in the AIFMD ecosystem. What is noteworthy to mention here is that the EU Commission goes into a great level of detail on some of the main principles of the Disclosure Regulation. For example, the survey intends to gather feedback as to whether AIFMs should account for sustainability risks from purely a quantitative perspective or whether they should consider only principal adverse impacts to sustainability in their investment decision process. Also, the EU Commission seeks feedback as to whether AIFMs should take into consideration sustainability related impacts beyond what is requested by applicable EU law.

The EU revolution on ESG is at its preliminary stage, with the obligations of the Disclosure Regulation due to come into force in March 2021. We believe that the survey represents an ambitious attempt by the EU Commission to discuss concepts that have not been tried and tested already via practical implementation. Whilst the Alternative Investment Fund industry has a lot to contribute to the ESG revolution, we think that a specific treatment to AIFMs on ESG matters should come only after some practical testing of the ESG EU regulation and as part of an iterative process with other affected regulations on financial services. The ESG market and related practices need time to evolve and mature.

Over the course of the past ten years the AIFMD has radically changed the European and international landscape for managing alternative investment funds and carrying out offers to EU-based investors. For marketing of both EU and non-EU AIFs, we gather from the survey by the EU Commission that it is likely that the AIFMD EU passport will stay the same and that little to no improvement will be made with regards to the AIFMD national private placement regime. The survey does not contain any significant reference to the third country AIFMD marketing passport. However, we believe that granting ESMA the power to authorise and supervise all AIFMs, including the non-European ones, is possibly one of the ways that will facilitate the introduction of a third country AIFMD marketing passport, providing one more avenue for non-EU AIFs to be marketed to EU-domiciled investors.

For the time being, non-EU managers should continue to concentrate their marketing efforts in the usual domiciles where marketing under the AIFMD national private placement regime remains a realistic endeavour and pay particular attention to any potential new rule introduced under delegation.

Attilio Veneziano is the Founder of World Gondola