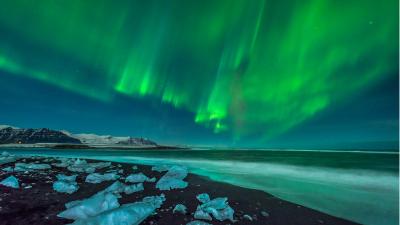 After suffering a large decline in output following the great recession of 2008- 2009, Iceland has posted one of the world’s strongest economic recoveries, aided by the huge boost to export receipts provided by tourism.

The rise of tourism has also brought its set of challenges to the country, which in turn creates opportunities for private equity and real estate funds. Infrastructure and capacity have come under pressure, highlighting the need for greater investment into roads, airports, hotels and transportation.

Tourism is booming in Iceland; arrivals have increased fivefold since 2010 to 2.2 million in 2017 and is forecast to reach 2.5million by 2018. The surge has attracted entrepreneurs and upstarts in air-travel, accommodation, car-rental, tours and entertainment, often leading to significant innovation. The industry remains fragmented, however, pointing to consolidation opportunities. International investors and global travel brands will likely take advantage of entry opportunities in the coming years as early entrants and domestic VCs seek to divest and exit. Furthermore, investment is urgently needed to maintain the road network, airports and other basic infrastructure after years of low investment.

Valdimar Ármann, CEO of GAMMA commented “Our research shows a heightened demand for, but low supply of, Iceland’s tourism infrastructure. The team identified airports, roads, hotels and tourist site infrastructure as areas that are underfunded. Correcting this imbalance will lead to sizeable opportunities for international investors seeking exposure to alternative credit, infrastructure, and real estate”.

Some segments of the tourism industry, e.g. transportation and accommodation, are capital intensive. These segments stand to benefit from the surge in tourist numbers and reduction in seasonality, as it leads to higher occupancy rates and better capital efficiency year-round. There is evidence that the tourist sector has become more efficient on the back of scale economies, lifting margins. Although lending to the tourism sector has increased, financing has largely happened outside the banking system, e.g. via alternative investment funds or limited partnerships; however, despite ample opportunities in the tourist sector, not just for the deployment of capital but for the transfer of networks and knowledge, foreign investors are largely absent from the stage.

“International investors have a key role in developing our tourism sector, through funding and exchanging knowledge and ideas. GAMMA’s comprehensive analysis provides the ideal starting point for anyone wishing to gain an understanding of recent developments, the state of play and the opportunities afforded by Iceland’s tourism boom,” said Grímur Sæmundsen, Chairman of the Icelandic Travel Industry Association, and founder and CEO of The Blue Lagoon.

Most tourists visit Reykjavík, Reykjanes Peninsula and South Iceland. Some of the most popular locations are approaching full capacity during high season, with regards to hotel capacity and congestion at key sites (such as Thingvellir, Gullfoss and Geysir to name a few). Despite the rapid growth in tourist numbers, areas in the country like West Iceland, West Fjords, North Iceland and East fjords remain completely uncrowded and can accommodate far more tourists. In recent years, construction has expanded hotel capacity around the country. With a more widespread distribution of tourists, the operational environment of hotels and activity suppliers can be improved around the whole country, especially in the areas that receive fewer visitors today.

Close to 140 hotels are in operation in Iceland, over 50 of which are in the capital of Reykjavik, with several more under construction. Most hotel supply in Iceland is concentrated in the three- and four-star segments, although in recent years new upscale lifestyle and boutique hotels have opened. Currently there are five-star hotels being built at the Blue Lagoon and a Marriott hotel, funded by SIA III (Icelandic PE fund), Carpenter & Company and other domestic and international investors is under construction next to the Harpa Concert Hall.

Nevertheless, the increase in supply is nowhere near enough to keep up with demand, as evidenced by the rising occupancy rates in every quarter of the country. This is even more remarkable considering the increased competition from private residences via the rapidly expanding sharing economy – at least 30% of tourists reported having stayed at least in privately owned apartments or houses in Iceland in 2016 in an annual survey.

Seasonality has receded in Reykjavik, rendering the capital significantly more productive as average occupancy rates have become one of the best among European cities. The average daily rate in Reykjavik hotels rose by close to 37% over 2013- 2016 due to a combination of krona appreciation and market pressures, and it is likely to have risen further in 2017 due to the strengthening currency. Reykjavik hotels are towards the higher end of the pricing range in European cities on average. However, it should be noted that there exists significant seasonality in pricing, with ADR’s approaching the highest in Europe during summer, while remaining relatively inexpensive during the shoulder season. Furthermore, seasonality remains a challenge outside the capital.

Although recent years have seen significant capital investment, new constructions have not managed to keep up with the increase in tourist numbers. The hotel industry comprises a mixture of domestic hotel chains and independent hotels and hostels, with a limited number of global brands being run by domestic operators under license. The hotel segment has seen strongest foreign investor appetite within the hospitality industry, with American investors PT Capital Advisors and JL Properties reportedly acquiring a 75% stake in KEA Hotels, Iceland‘s third largest hotel chain, in 2017. There remain several attractive investment opportunities in the space, both in terms of assets in operation and development projects.

Survey evidence suggests that over a third of tourists visiting Iceland will go on an organised tour of some sort during their stay. That’s hardly surprising, considering the wide selection of activities to choose from, ranging from day tours of natural phenomena, such as waterfalls and geysers near Reykjavik to northern light safaris and adventurous glacier excursions. The market for guided tours is highly fragmented with several large players (70-100 coaches) and small niche companies operating 1-5 coaches and super jeeps. There has been increased investor activity in the buses and tour segment, with the three largest tour operators - Reykjavík Excursions, Hópbílar and Gray Line Iceland - having recently been acquired by Icelandic PE funds. There are significant opportunities for consolidation, which will be driven by these PE funds. Bus operators from Eastern Europe have also recently entered the Icelandic market, further increasing competition in the space.

While many visitors opt for organised tours, survey evidence suggests that over half of the tourists go exploring on their own via rented car. The car rental business in Iceland is somewhat fragmented, with over 100 operational car rentals. The largest car rental owns 4,480 vehicles, which roughly amounts to a 20% market share based on car fleet size. The market is dominated by international brands, operated under licenses by domestic car rentals with a long-established market presence. The rental fleet has seen substantial growth in recent years, with much of the growth stemming from increased activity from small-to-mid market operators. New upstarts have driven product innovation, with several niche operators specialising in camper rentals and caravans, particularly popular among budget travellers. There exist multiple opportunities for consolidation, particularly among mid-market operators.

The reduction in new investment in infrastructure has been substantial since 2008, standing at 3.8% of GDP in 2016 compared to around 6% in 2008. Since 2009 the infrastructure capital stock in Iceland has fallen from 73% of GDP to 62% of GDP and is approximately 10% lower than is desirable to maintain economic growth in the long term. Tourists name basic infrastructure, such as airports and roads, as a key area of improvement for Icelandic tourism. The authorities are becoming increasingly open to Public-Private Partnerships.

Keflavik international airport (KEF) opened in 1987 and is run by ISAVIA, the state-owned operator of Iceland’s international and domestic airports. The overall number of passengers passing through Keflavik airport in 2018 is estimated to be 6.9million, up from 4.9million last year as domestic appetite for travel swells and transfer passengers arrive in ever larger numbers. As the sole gateway for international air travel, KEF is the constricting bottleneck for Iceland’s booming tourism industry; investment is sorely needed to keep up.

ISAVIA has laid out a development framework for the airport and nearby areas: Keflavik International Airport - Masterplan 2015-2040, including new gates and stands, a new passenger terminal and access facilities. The estimated cost of the first phase is put at USD 600-650 million, phase 2 USD 115-150 million, and the overall cost is set to reach USD 1.2-1.5 billion. The current government has been keen to find infrastructure projects suitable for private investment. An entirely new terminal could provide the platform for outside investors to approach the project.

Increased traffic at KEF is making a Keflavik-Reykjavik Express train a more viable project. The length of the route is 49km, some 14km of which would be tunnels through the Reykjavik Area. The proposed design is a single track inside tunnels and double tracks above ground. The average speed of the train will be 180kph with a maximum speed of 250kph resulting in a travel time of 15-18 minutes compared with a travel time of 40-50 minutes in a private car or a taxi. A feasibility study, conducted by a group of Icelandic companies led by the advisory firm RRV Consulting in July 2014, found the case to be profitable with an expected project IRR of above 8% even if tourism does not increase at all from current levels. The estimated cost of the train project is USD 650-950mn with positive cash flow and pre-tax profits expected from year one in operation.

Ólafur Ragnar Grímsson, Chairman of The Arctic Circle and former President of Iceland, said GAMMA’s research explains “why a small country in the North is now among the most fashionable destinations in the world, a location of the fastest growth in tourism and air passenger transport in the Western world.”