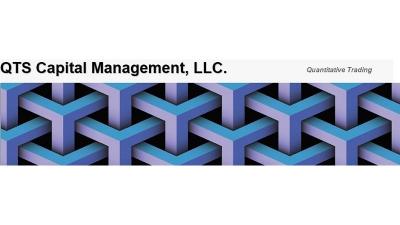 Much has been written about the pros and cons of tail risk hedging strategies that employ options; U.S. pension plan CalPERS famously missed out on more than $1bn of returns due to it terminating its tail risk hedging program shortly before the equity market drawdown in late February and March, caused by the lockdowns imposed by governments due to the Covid-19 pandemic.

Tail risk strategies that use options lose money in good times; after all, the strategy is essentially insurance against a black swan event. One hedge fund says that it can provide that hedge whilst minimising losses using machine learning.

Ontario, Canada-based QTS Capital Management began life trading spot FX in 2011. The firm’s high-frequency program had almost zero losing days for the first 6 months before the downgrade of U.S. Treasury debt caused the strategy to endure a 35% drawdown from August to September of that year. QTS Founder and Chief Investment Officer, Ernie Chan, says that was the wake-up call.

“We were in a corner of the market that no-one else bordered. It was going great,” he said. “But when the U.S. Treasury debt was downgraded, that hit us hard. Investors couldn’t believe it because we’d barely had a down day. We realised that we needed a strategy that hedged black swan risk.”

Chan began building a systematic equities futures trading strategy in 2012. The strategy trades S&P500 futures contracts on an intra-day basis, closing out the position before the market close. It began as a simple directional trend-following model where the program bought if the S&P500 was rising or sold when it was falling, making one trade per day. The number of daily trades increased over the succeeding 7 years as the model was refined, and then in 2019 Chan built a machine learning-based risk management layer, which monitors around 170 variables globally, into the strategy.

The first notable thing that happened is that the strategy stopped trading completely in November 2019 through to January 2020.

“It was a period of extreme calmness, so to speak,” said Chan. “There were no trade wars on the horizon, no indication of rising interest rates. In times like those, you don’t need a tail risk hedging strategy, so the system didn’t trade.”

Chan’s no-trade in a bull market is deliberate. Most tail-risk hedging strategies lose money in bull markets as the put options expire above the strike price.

“If you look at the CBOE Eurekahedge Tail Risk Hedge Fund Index, you’ll see it spikes in times of large drawdowns like in 2011 and in March this year. But it lost money every year from 2012 to 2019. We’re trying to flatten that – we’re aiming for no drawdown in bull markets, and we achieve that by not trading. The program only trades when it foresees an event,” he said.

Studies have shown that much of the return – or not – of the S&P500 has occurred in the overnight market. QTS says that part of the reason that it closes out each day is partly due to risk management – “it gives our investors a lot more comfort,” says Chan – but the main reason is because when the markets are in a panic, the volatility doesn’t stop when the opening bell rings.

“Our strategy is supposed to be hedging tail risk. Other market participants have to hedge towards the end of the trading day because of internal position and risk management limits. Hedging actually makes the market worse because it exacerbates the trend. Most volatility swap hedging happens towards the close; that panic is where we’ll make the most gain. True black swan events aren’t just occurring after-hours,” said Chan.

The machine learning risk management layer Chan employs in the tail risk strategy may be new for his strategy, but the technology isn’t new to Chan. He first got exposure to machine learning at when he worked at IBM in the mid-1990s and has been following the technology ever since. This year, he spun out the technology into a new software system called PredictNow.ai, which Chan aims to help investors of all kinds, not just hedge funds, improve their hit-rate.

Buy-side investment managers – or anyone who actively trades, which could be retail investors, indeed – upload their screening data into the PredictNow system via a simple csv file. This could be GDP changes, or unemployment data, for example. The system doesn’t need to know exactly what the data is – the investor can use aliases for the column names, for instance. They also upload their  previous returns – which, in the case of a discretionary investment manager, tend to be the results of previous actual trades, or in the case of a quantitative manager, either a backtest or the results of previous real trades – and the PredictNow system learns the effect that the supplementary data has on the strategy and it can then give the investor a probability as to whether new trades are likely to be a hit or not.

“There’s no potential conflict of interest with using PredictNow,” says Chan. “The system doesn’t need to know if you’re long or short. You can call your column headings literally anything – so instead of Apple you could use ‘ABC’ or your Mother’s name and the system will never know that it’s Apple, or Bitcoin, or whatever. The system only cares if your trades make money.”

PredictNow was released in March this year with 10 early adopters trialling the technology. Since then, PredictNow has its initial wave of subscribers and Chan will be publicising the system in the coming 6-12 months.

“There’s a lot of interest from the buy-side in software that doesn’t require months of integration. To use PredictNow, the only thing you need to know is how to create a spreadsheet of returns, augment that with other potentially useful predictors, and upload it into the system,” said Chan.

PredictNow is to Chan what launching another fund might be to another investment manager in the sense that it’s another product to grow revenue or returns. Replicating QTS’ main strategy in other markets has proved challenging, and regardless, there’s plenty of capacity in the existing product.

“The U.S. market has distinctive derivatives hedging activity. What we do doesn’t work in European markets, for example,” said Chan. “And it won’t work for U.S. Small Caps only either because there might not be enough liquidity intra-day for what we do. But there’s plenty of liquidity in the S&P500 stocks, and we don’t impact those stocks from that perspective. There’s enough opportunity for us in the main strategy; we’re offering cheaper tail risk protection with better returns than the traditional offerings in the space.”