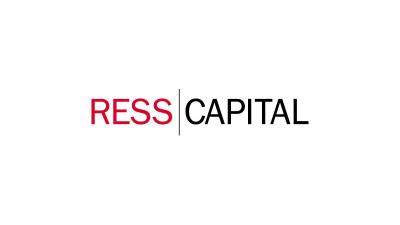 Hedge funds like to tout their lack of correlation to the market(s) they trade; after all, it’s one of the main reasons that investors buy these products. Since the beginning of 2009, however, the BarclayHedge Equity Long/Short Index, a proxy for the average performance of an equity long/short hedge fund, has exhibited a correlation of 0.834 to the S&P500. In Q1 this year, when equity markets endured a precipitous decline, it was 0.905.

Finding truly uncorrelated returns is difficult, but some hedge funds run esoteric strategies that trade products which have nothing to do with the financial markets, and Stockholm, Sweden-based Ress Capital is one of those; it’s Ress Life Investments A/S fund buys U.S. life-insurance contracts on the secondary market from individual sellers who no longer need them, receiving the pay-out when the insured passes away.

The strategy sounds morbid to the uneducated, and that’s a significant part of the awareness challenge for these funds, according to Jonas Martenson, Ress Capital Founder and Sales Director.

“The biggest misconception is that what we do is unethical"

“The biggest misconception is that what we do is unethical – that we’re profiting off of people dying. Well, we’re all going to die, eventually. If you are the owner of a life insurance policy, and you’re 79 years old, and your kids are grown up and have jobs, etc., then you might not need the policy as much anymore. You can sell it back to the insurer for a few cents on the dollar, or just stop paying the premiums and get absolutely nothing, or you can sell it on the secondary market to an investor who depending on the life expectancy may pay up to 80 cents on the dollar,” he said.

Martenson came across the life settlement asset class two decades ago whilst working in investment banking in London. At the time, banks were buying these policies on balance sheet, but the market was very immature, and returns were poor due to incorrect modelling of life expectancy (the modelling said that life expectancies were shorter than they actually were). After the financial crisis, Martenson moved back to Stockholm to set up Ress Capital before launching the firm and the fund officially in April 2011.

The fund – Ress Life Investments A/S – began with losses in the first two years but has posted positive gains every year since 2013, with 2018 and 2019 providing the fund’s two best years since inception, with returns of +9.91% and +7.99% respectively (the fund is listed on Nasdaq Copenhagen), both of which are over the fund’s target return of 7%. The initial losses were expected, as the fund didn’t receive a pay-out until after two years of trading.

“We launched with our own money and because we buy individual policies it took us a while to ramp up the portfolio. Costs were high – our total expense ratio wasn’t great,” said Martenson. “But we got our first pay-out in 2013 and we went on from there. Our performance since then shows that we are selecting the right policies.”

As Martenson references, Ress Capital buys life insurance policies from individuals in the U.S., where this secondary market is a regulated one in 45 of the states. Deal flow comes from brokers who in turn receive deal flow from insurance agents across the U.S.A. The process indirectly speaks to one of the perception challenges in the space.

“It’s an auction process. The agent should ensure that the seller receives the highest bid possible,” said Martenson. “It’s an example of the consumer’s free choice. They’re being advised by their lawyer, accountant and agent. It’s a family decision but they should always get the best price.”

“We work closely with a Doctor in New York and a firm in Washington, D.C. to review the health records provided by the seller’s Doctor. We make sure that we receive at least 2 estimates of life expectancies and we use the longest one of the two to incorporate into our valuation model,” said Martenson.

Additional risk controls are imposed at the insurer level; Ress Capital doesn’t have any more than 15% of the portfolio exposed to any single insurer and it only buys policies issued by insurance companies with a minimum rating of A-.

Ress Capital further challenges the perceived ethical issues that prevent investors from allocating to hedge funds in the life insurance industry by becoming a signatory to the UNPRI; the firm’s ethics statement speaks primarily to the social and governance parts of the ESG movement, addressing topics such as the consent of the beneficiaries to sell the policy, fee transparency, the fact they operate in a regulated industry and the benefits to the seller (who has likely paid premiums for many years). Additionally, Ress Capital believes that transparency is important in their business, and the decision to list Ress Life Investments on Nasdaq Copenhagen was partially transparency-based.

“We’re not trying to sell a black box. As a listed fund, our returns are on our website and we’re very transparent about how we get them"

“There has been criticism in the past that this asset class hasn’t been particularly transparent, and we agree with that,” he said. “We’re not trying to sell a black box. As a listed fund, our returns are on our website and we’re very transparent about how we get them,” he said.

The total size of the secondary market for life insurance settlements is approximately $4-5bn. Ress Capital manages nearly $200mn, with capacity of around $1bn. Martenson’s fund has a 5-year correlation to the S&P500 of 0.10 and to the HFR Global Hedge Fund Index of 0.07. The life settlement asset class is tainted by past failures and PR risk, but it’s a growing market that’s not affected by equities or fixed income.

“It’s really interesting,” said Martenson. “And, if you do things right, like selecting the right policies, you can generate consistent, uncorrelated, positive returns.”