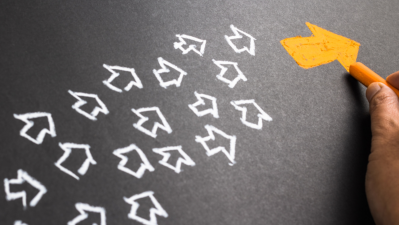 Adaptive Trend Following The Secret To Success For DG Partners

“The report of my death was an exaggeration,” said Mark Twain upon discovering a rumour that he had met his demise whilst in London in May 1897. If trend-following were to become personified, it might say the same thing.

The Societe Generale Prime Services and Clearing Trend Index has delivered positive gains in the past two calendar years, something that it hasn’t achieved since 2014-15. The broader Barclay CTA Index, whose constituents comprise a significant number of systematic trend-following programs, also delivered consecutive years of gains in 2019 and 2020, something that hadn’t happened since the pre-GFC era. Trend-following disciples have had a hard time justifying their beliefs in the past decade or so, something that David Gorton, Chief Investment Officer at London-based systematic investment firm DG Partners, acknowledges.

“We went through a regime shift post-GFC. When QE2 came in 2010, the intention was to suck volatility out of markets, which central banks did spectacularly well. In broad volatility suppression regimes like we saw in much of the last decade, lots of markets just start range trading. That makes trend following very difficult, and that’s certainly been the case since the GFC,” he said.

In order to deliver positive returns, many managers of trend-following-based strategies tweaked some of their models to implement a longer holding period so as to negate the choppiness of sideways market moves and reduce transaction costs, a significant alpha sanitiser that is par for the course for systematic trading products. Still, the noise in markets persisted, diluting the trade signals generated by the systems. Some managers added mean reversion strategies, something Gorton also looked at but didn’t see a persistent opportunity in; instead, DG Partners developed a new model which Gorton calls ‘Conviction’, where positions are taken only when the model has a higher conviction in a trend, something that, in sideways-moving markets, also requires a different approach to risk allocation.

“If you’re only in markets in the belly of the trend, you are going to be in less frequently, so you can’t have the static approach to risk allocation that you might in classical trend following,” said Gorton. “We’ve built a dynamic risk allocator that measures trend efficiency across sectors and markets to identify markets that have the smoothest trend.”

Not content with only layering the Conviction algorithm on top of the firm’s core medium-term classical trend strategy, DG Partners has also added another strategy called Topology into its program. Topology Trend aims to detect pockets of increased stability in the market price action before entering a new market; the firm has been trading it with small amounts of capital for the past few months. The two new strategies have been gestating for a while; Gorton’s firm’s approach to adapting their core trend-following program has been of the ‘slow and steady’ variety due to concerns about doing too much, too soon. Consequently, risk is dynamically allocated to the three programs, with allocations to new strategies starting small; Topology has the smallest allocation because it has only been added to the broader program recently.

“Innovation is sexy and interesting and investors like hearing about it. Yes, you have to innovate, but we like to do it very selectively, very slowly and transparently. We enter into long periods of testing and we run them with relatively small allocations of real money for a bit so that we can gain confidence that our testing was right,” he said.

Many commentators suggest that the global economy is about to enter into a new inflation regime. Talks of a commodity supercycle, and stimulus packages - at least those from the U.S. Government - factor into suggested higher demand and thus higher prices (if supply doesn’t catch up to demand, of course). Trend following strategies don’t take positions based on opinions, but U.S. Federal Reserve Chair Jerome Powell’s announcement that the Fed would move to a new inflation policy could provide further tailwinds for trend.

“Last year’s move to a new financial regime with average inflation targeting is interesting. If inflation does indeed rise then we will start seeing some aggressive trends – sustained higher inflation is awful for equities, for example,” said Gorton.

Higher inflation may not be in store for global economies, of course. Whether it is, or not, doesn’t matter to a trend follower like Gorton; what does matter is that, regardless of the prevailing economic and/or geopolitical situation, a successful trend following strategy is one that doesn’t stay still.

“We want to stick to being a trend follower, but that doesn’t mean it has to be the classical way. Markets are open systems. The past is never quite the same as the future,” said Gorton. “To be a successful trend follower, you’re going to need to be the right kind of trend follower – that’s an adaptive one.”