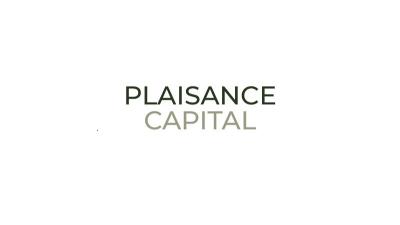 Being A Contrarian A Walk In The Park For Plaisance Capital

Being a discretionary, contrarian equity investor in the U.S hasn’t been easy in the past decade or so. Aside from the approximate 33% drawdown in February and March of this year and a near 20% drop in the latter stages of 2018, it’s mostly been up and up (and up) for the S&P500 in the past decade or so since the global financial crisis.

Denver, Colorado-based Plaisance Capital, however, thinks it has the recipe for success. Founder and Managing Member Daniel Kozlowski has been investing in the equity markets for twenty years, mostly at Janus Capital Group where he managed $4bn; Plaisance spun out of Janus and launched its Plaisance Midway Fund in late 2017. Will Keaten has recently joined as a Principal and says that Kozlowski’s experience and knowledge provides an edge.

“Dan has a strong grasp of a lot of stocks from his time running the Janus Contrarian Fund which enables him to be opportunistic when that door opens,” said Keaten. “We have our screens of course, but we think that Dan’s knowledge enables us to move more quickly in many cases.”

Plaisance Capital’s Midway Fund’s exposure is generally between +/-50% net; at any one time there are between 10 and 40 positions on both the long and short side. The exact number of positions depends on how volatile markets are. In February and March of this year, Plaisance was particularly active, booking profits quickly from a short trade in airlines, an industry Kozlowski has covered for many years.

Shorting airlines earlier in the year wasn’t a particularly ‘contrarian’ play, but the panic selling in most industries certainly provided long opportunities for Plaisance. They took a position in Australian mining company IGO which worked out rather well, for example.

“IGO sold off down to a market cap of AUD$2bn and they were generating around $500mn in free cash flow. That was an opportunity with limited downside – just one year’s free cash flow and the assets of the business represented the entire market cap. The market was not pricing in ten years of future cash flows. We made 45% on that one very quickly,” Keaten said.

The 10-year discounted free cash flow analysis is one of the primary screens that Plaisance uses and they also look at insider selling and buying – more so the latter than the former. In March, insiders were buying stock at what they perceived to be heavily discounted prices, a positive flag for Plaisance.

“At the moment, the sells to buys ratio is around 5:1. Back in March, the insiders were buying,” said Keaten. “It’s a predictive indicator.”

“Back in March, No-one wanted to own anything that has consumer exposure, or that would be impacted by Covid-19, like airlines. But we look at a company and, while we understand that there will be short term pressure this year, 90% of the value of a company isn’t in one year. It’s in the next decade. We look for brands that are persistent and stable and see how they are positioned liquidity wise in the short term and if we’re comfortable with what we see then we’ll be very confident in our thesis,” added Keaten.

Maintaining a solid book of positions on both the long and short side means that Plaisance doesn’t have too much equity market beta exposure, providing a natural hedge. They are also willing to take profits if a stock hits or breaks through Plaisance’s price target and adopt the ‘slow and steady wins the race’ mantra when considering a short position. Plaisance was short for most of 2019 despite the run up in U.S equities and still turned in positive returns.

“Shorting is a real skill and very difficult to do well,” said Keaten. “When we see a stock that we think is overvalued, we don’t jump in. We take a closer look to see whether the stock is at its inflection point yet or not. There could be reasons why the stock might continue to rise. Patience is a skill in shorting and you need a defined catalyst for it to work.”

The contribution of the FAMANG stocks (Facebook, Apple, Microsoft, Amazon, Netflix and Google) to the increase in the value of the S&P500 has been well covered, and outside of those stocks, the true effect of Covid-19 on the economy and markets is still playing out; many industries are struggling at present, but might rebound; then again, they might not. Keaten says that Plaisance has an outlook that applies regardless of the geopolitical and economic climate, however.

“Great investors invest when there is very little downside. We’re not swinging for the fences with names,” said Keaten. “On the long side, we’re in stable, strong cash flow businesses. On the short side, we’re in companies that are going to have a hard time growing into their value and companies that are in an industry that’s in secular decline. We’re doing what the original hedge funds were doing. The fundamentals haven’t changed.”