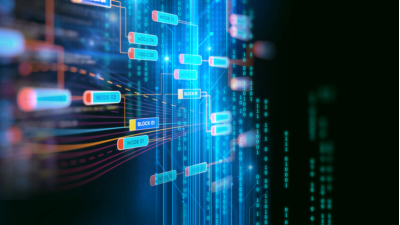 Bitcoin, the largest cryptocurrency by total capitalisation, has disciples and detractors in equal measure, with each side offering vociferous opinions in the media and on Twitter in support of their view.

To a significant extent, that noise drowns out the myriad of applications of the very basis of Bitcoin’s existence, the blockchain. Seattle, WA-based Bloccelerate VC is the latest venture capitalist to come to market with a blockchain-specific fund which will invest in companies betting that blockchain technology is the future of enterprise applications.

Kate Mitselmakher, Founder and CEO of Bloccelerate VC, says that, for her, the blockchain eureka moment came when she was working at research and advisory firm Gartner.

“I started studying blockchain applications in mid-2014, first in the context of “money-as-a-service” use cases like Bitcoin and shortly after in the context of enterprise and government use cases of “consensus-over-the-wire” application. In 2016, Blockchain became the number one searched term on Gartner’s platform. It became clear very quickly that Fortune 500 CIOs wanted to learn more about this technology. This was early validation of my thesis that blockchain technology will become a core part of the enterprise stack in the next few years,” she said.

Mitselmakher launched Bloccelerate VC in 2018 with Co-Founder Sam Yilmaz, who had exited his Decentralized Applications Fund, a venture fund which had raised all of its capital in cryptocurrency and invested in decentralised applications. Bloccelerate Fund I held its first close in June 2019 and final close at the end of November this year; it has plans to invest into between twelve and fifteen blockchain-based companies, and already has five of those in the portfolio.

“We have a formal investment process, but we do move quickly,” said Mitselmakher. “In the last 12 months we’ve sourced 698 companies, 100 of which made it to our next level of screening. The space is evolving quickly and moves rapidly, and so we must, too.”

One of the investments already made by Bloccelerate VC is in New York-based Symbiont, a financial markets-specific blockchain technology developer. Index investing behemoth Vanguard is a Symbiont client; their technology helps Vanguard’s army of portfolio managers with their daily portfolio rebalancing.

“Portfolio managers get all of their price data at 3pm Eastern from providers like MSCI, Nasdaq, etc. who in turn collect that data from thousands of other sources. Not just Vanguard, but all portfolio managers, have their own version of the truth because they don’t know and can’t prove what others see. It makes correcting for errors, and being confident in the data a frantic process before they can finally rebalance accurately by their 5pm deadline. With blockchain technology, all their PMs have real time access to the same data, which helps speed up the rebalancing process and provides greater accuracy,” said Mitselmakher.

Yilmaz expands on this point.

“All of the portfolio managers have access to the exact same node data on the blockchain that warehouses the securities pricing data. That means that all index fund managers know every other fund manager is working with the same 'shopping list' and that changes and updates are verifiable by all parties. It’s like a Hogwarts newspaper - if something changes it gets updated in front of you. You don't have to go and buy the next publication and you rest assured your copy is giving you historical and current data on consensus reality shared with all others in the network,” he said.

Blockchain technology enables its users to achieve an accurate, unimpeachable version of the truth. Disputes between businesses and/or governments are a common example cited by blockchain supporters of the applicability of the technology.

“Let’s say that you and I agree on something over email, using an email system like Outlook, but then later I dispute that agreement saying positing claims like it wasn’t me, I Didn't receive it, we had another agreement thereafter, that’s not what I meant when I said that etc. The only way to intermediate between us would be to rely on Microsoft as the keeper of truth to attempt to prove a given message was sent, from me to you, at a certain time and what we are seeing today is still the same as what was sent then. In the blockchain, the storage of the data, or hash thereof, the timestamp and our identifiers are irrefutable. If we wanted to verify any of these aspects, we would simply look at any one of the nodes on the blockchain we’re using. We don’t need Microsoft or anyone else to intermediate as the only reference point for what we originally agreed,” said Yilmaz.

The noise created by the Bitcoin bulls and bears has created something of a challenge for firms like Bloccelerate VC – that of disentangling the two in the eyes of potential investors. Mitselmakher says that her firm sees plenty of this confusion but, gradually, the understanding of the space is improving.

“We have to do a lot of education-type work with potential investors, which is definitely a challenge and a headwind. We’re a VC investing in disruptive technology, we’re not a hedge fund or a currency hedger. But the tailwind is that investors are becoming more comfortable with taking a higher level of risk in order to achieve the returns they want or need, and they are increasingly understanding the nuances of the blockchain and its benefits,” she said.

Bitcoin will still continue to generate a significant amount of coverage in the media and on Twitter in the coming years due to the fast-paced and volatile nature of cryptocurrency markets and macro investing. For Mitselmakher and Yılmaz, however, the blockchain is the bigger picture.

“The way we see it is that Bitcoin is the first successful application of blockchain technology; the last ten years of blockchain were all about crypto and the retail adoption of cryptocurrencies,” she said. “But the next ten years will be about the enterprise adoption of blockchain. It’s a disruptive technology that will literally reshape trillion-dollar markets. The wealth creation opportunity might exceed that of the internet itself.”