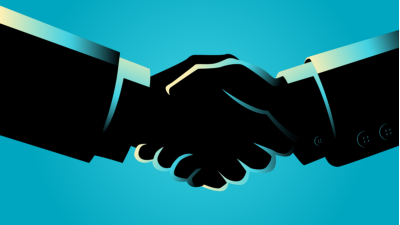 Global private equity deal flow was reduced to a trickle in Q2 and Q3 of last year as lockdowns impacted the ability of buyout deal makers and their advisers to truly understand the valuation of a target company amidst the most uncertain economic climate since the Global Financial Crisis.

Whilst businesses and people were busy figuring out how to be effective working from home, the U.K. was simultaneously dealing with another driver of uncertainty, namely Brexit. Despite the to-ing and fro-ing around whether the British Government and the E.U. would reach a deal, the impact of Brexit on the U.K. private equity industry was minimal last year, according to Charlie Jolly, Head of Private Equity at professional services firm RSM.

“Covid was by far the primary driver in the slow down in U.K. private equity deal activity last year,” he said. “In Q2, Brexit was still a fairly nebulous concept, and frankly everyone was pretty tired of it anyway because it had been going on for a few years. Covid was the issue that got everyone sent home, not Brexit. People had to figure out how to run a business from home – and whether they could actually trade or not and what the implications of the furlough scheme were. Deals just weren’t a priority at that time.”

In the U.K., like in many other countries, mid-market private equity deal activity began to pick up again in the autumn of 2020. Jolly says that there were three drivers of that in the U.K.

“There was a certain amount of shareholder fatigue driving the pick-up in deal flow towards the end of 2020 and into the beginning of this year - a difficult year generally seemed to crystalize the desire for shareholders to realise some or all of their value. Plus, we saw a lot of companies that weathered Covid well come to market, and many people were concerned about a potential capital gains tax rise in the U.K. All these factors contributed to accelerated deal flow in the past six months,” he said.

Ross Allardice, a Partner at law firm Dechert’s London office, also saw an uptick in deal activity but adds that the increase could be accounted for by a few sectors.

“We saw deal-making activity return generally in Q3 and Q4, but it was heavily driven by certain sectors, such as healthcare and tech – namely, those that were more Covid-resilient. There were many private equity firms sitting on a lot of dry powder which was a driver of a sharp increase in deal activity in the U.K.,” he said.

The feared capital gains tax rise didn’t materialise – U.K. Chancellor of the Exchequer Rishi Sunak elected in his most recent budget to leave it alone, at least for now. What Sunak did last year, however, is support many British businesses via the employee furlough scheme, which paid 80% of an employees’ wage, up to a maximum of £2,500 per month, provided that the employer kept them employed. This has had the effect of both delaying and reducing the number of distressed companies coming to market, although that could be set to change.

“The restructuring wave really hasn’t come through yet,” said Jolly. “There needs to be something that drives that, and the U.K. Government has been incredibly supportive of businesses through the furlough scheme and loans. The government wants to taper off the support as quickly as it can, but there will be many businesses that will take longer to recover than the government wants to keep supporting them. I do think we’ll get restructurings beginning to come through in the next few months.”

The beginning of 2021 was marked by a 42% fall in exports from the U.K. to the E.U., adding even more pressure to British companies that count the E.U. as a significant export market. It recovered in February but it’s still a little too early to say what the impact of Brexit will be on U.K. private equity deal activity.

“International issues take longer to filter through in the U.K. mid-market as more of the revenue base is domestic,” said Jolly. “But for the lower-mid-market buyout firms they tend to back strong businesses and we do a lot of due diligence on exactly how sustainable the impact of anything – Covid, Brexit, whatever – is, so the amount of deal flow in broken businesses is still small.”

One geopolitical development unrelated to Brexit is that of the U.K.’s recent draft legislation designed to more closely scrutinise foreign direct investment in the country. The National Security & Investment Bill proposes pre-clearance requirements for all transactions in ‘sensitive’ sectors, irrespective of the transaction size. Allardice says that this could slow any cross-border deal-making.

“There is an increase in national security legislation across Europe – it’s following the United States’ lead on CFIUS [the Committee on Foreign Investment In the United States],” he said. “There will be more clearances required in certain situations. But these aren’t insurmountable, it’s just something that will affect timescales.”

As the U.K. continues its path out of its latest lockdown – one that is supposed to be “cautious, but irreversible,” according to British Prime Minister Boris Johnson – the U.K. PE industry is set to play a part in the country’s economic recovery, regardless of Brexit.

“If Brexit means that the amount of capital that U.K.-based buyout firms raise in the coming years might decline, then these firms will have to hold their investments for longer, slowing down the whole cycle of money – the availability of capital to the entrepreneur will come down, which will have a knock-on effect for the recovery,” said Jolly. “But that’s a hypothetical scenario. What we’re actually seeing now is PE already starting to play a leading role in stabilising and rebuilding the economy. There is lots of dry powder poised to support positive change and PE firms are good at investing in unstable markets. The outlook for entrepreneurs in the U.K. mid-market is very encouraging."